PENANGITES deprived of good music in recent months gave The Actors Studio Chorus and Orchestra a warm reception in their first post-MCO concert.

Held at Performing Arts Centre of Penang (Penangpac) in Straits Quay, Tanjung Tokong, it was titled ‘Sounds Familiar’ and featured

It played over two nights, with the second notably being a full house while being half-empty – due to Covid-19 guidelines requiring every other seat to be left vacant.

The regulations also impacted the performing ensemble, which had smaller than usual numbers. The chorus was reduced from 60 to 32 and the orchestra from 24 to 18.

Except for wind instrument players, the rest wore face masks. While challenging, conductor Martin Rutherford said it was all part of adapting to the new normal.

“Singers wearing face masks isn’t ideal, as one can imagine. The string players had their own issues. For such concerts, it’s essential to have 14 string players to cover all the music, but this time we only had nine.

“Normally, they also share a music stand with one player turning over the music pages but this time, the players had to do it by themselves, ” he shared.

The recent concert was The Actors Studio Chorus and Orchestra’s 20th show presented at Penangpac. It was originally scheduled for April but had to

be delayed due to the Covid-19

Rutherford said its title befitted the featured tunes, many of which were well-known but whose titles may not be so familiar.

It included two works by George Frideric Handel, one being Zadok the Priest, written in 1727 for the coronation of King George II. It is sung prior to the anointing of the sovereign at the coronation of every British monarch since.

There was also The Arrival of the Queen of Sheba, which originally premiered in London in 1749 as the first scene of Act III in the

Ralph Vaughan Williams’ The Old Hundredth hymn was another regal piece, composed for the first time at the coronation of Queen Elizabeth II in 1953.

Also featured were Sir Hubert Parry’s coronation anthem I Was Glad, Eric Coates’ The Dam Busters March, as well as Sir Edward Elgar’s Pomp and Circumstance March No.1 and Nimrod.

Rutherford added: “We were delighted to put on a concert after the long MCO. In times like these, we’re all seeking to revert to normality and the performing arts are an essential part of it.”

The chorus and orchestra have also begun preparing for their annual Family Christmas Concert, which will also be held at Penangpac on Dec 18 and 19. It will be the 8th edition at the venue.

“Our annual concert follows this pattern. It includes old favourites, some new carols, and the closing sequence which is built around the arrival of Santa – whom I’m sure will have official approval to enter the country.

“We’ll probably still be following the current guidelines in December and the numbers performing and listening will likely be reduced from normal, but we will go ahead, ” he said. 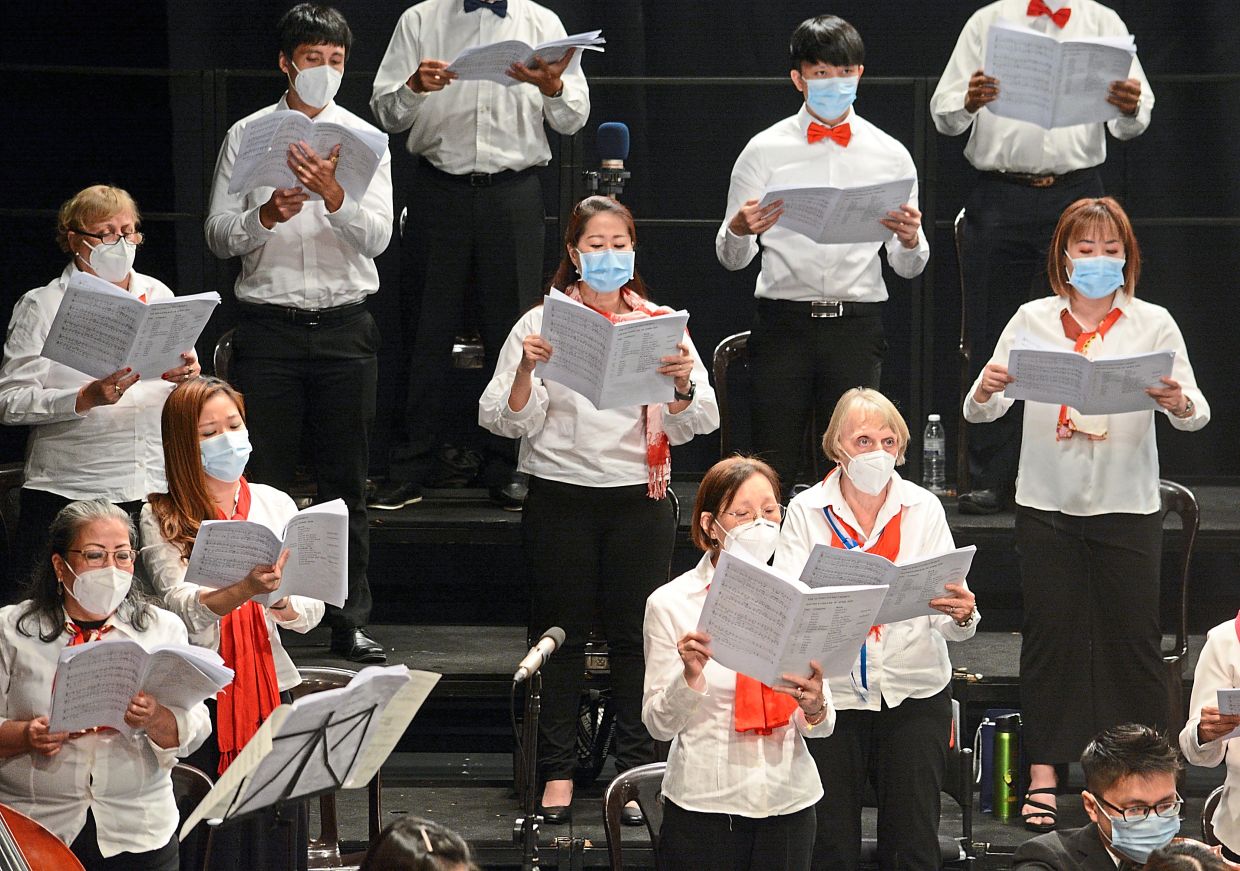 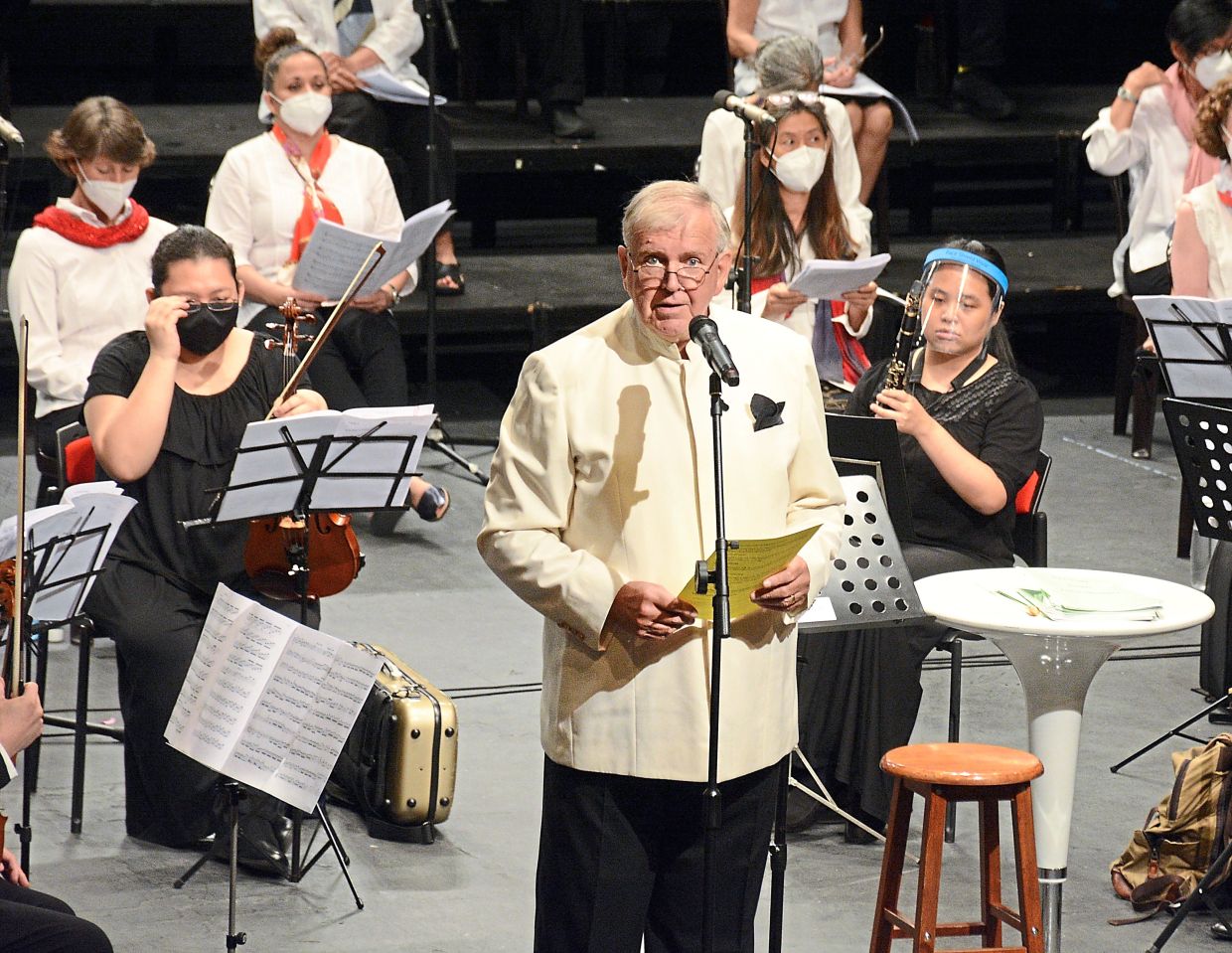 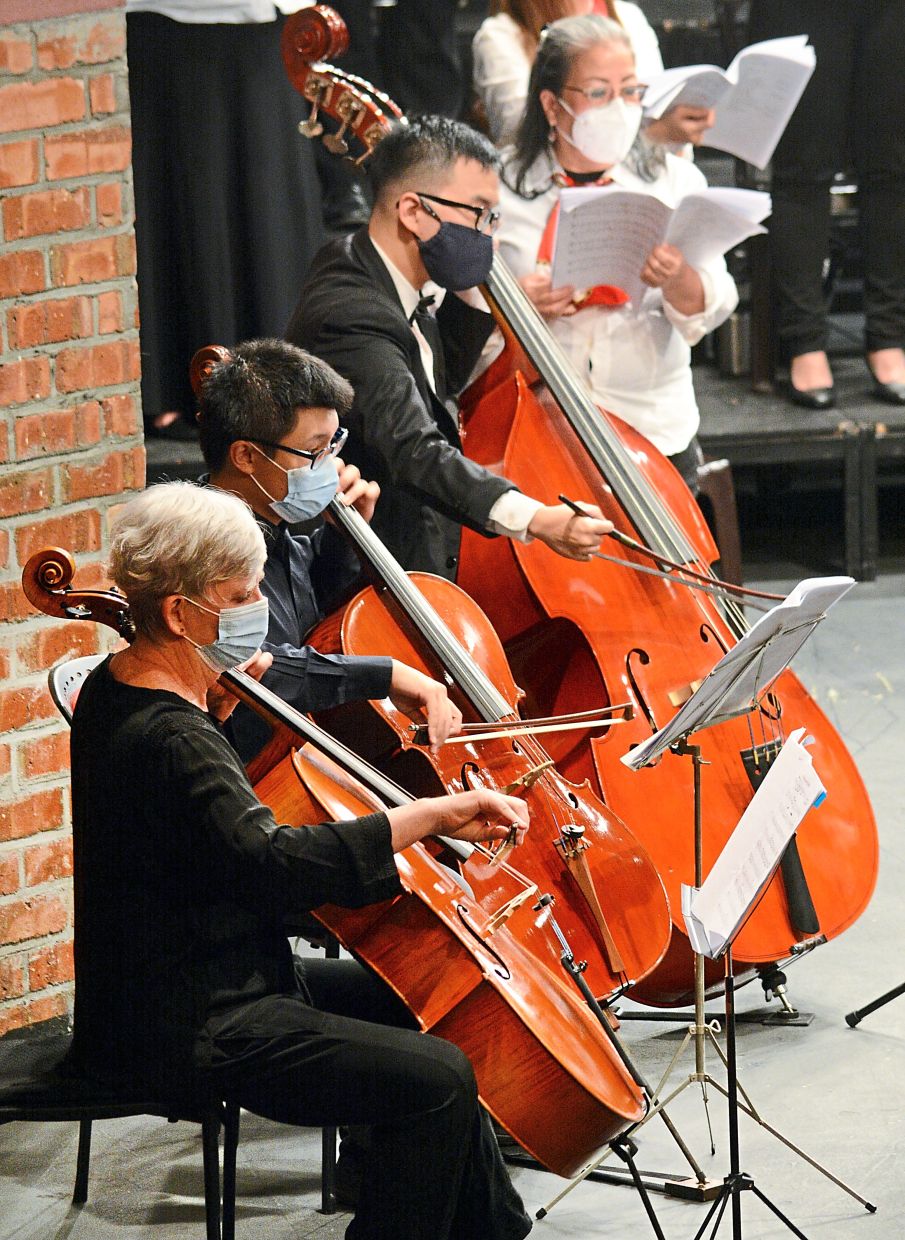 (Above) The Actors Studio Chorus and Orchestra delighting the audience with lovely melodies during the Sounds Familiar concert at Penangpac.