Cheras longhouse to be torn down 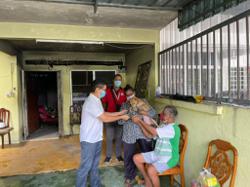 Firefighters working to put out the blaze at the longhouse in Cheras, Kuala Lumpur. — Bernama

KUALA Lumpur City Hall (DBKL) plans to demolish all eight units of a longhouse on Jalan Ikan Emas in Cheras and turn it into an open area.

Kuala Lumpur mayor Datuk Nor Hisham Ahmad Dahlan said the decision came after four of the units were badly damaged by a fire on Thursday morning.

“We plan to demolish it and have asked all residents to evacuate,” he said after inspecting the site and meeting the victims of the fire.

He said all the longhouse residents would be offered vacant units at either Public Housing (PA) or People’s Housing Project (PPR) nearby.

Each family affected by the fire received RM500 from DBKL and Federal Territory Foundation, besides other basic necessities such as cleaning equipment, mattresses, mats and food from the Welfare Department.

According to Kuala Lumpur Fire and Rescue Department, the four longhouse units, measuring about 800sq ft, were completely destroyed by the fire.

“A car and a motorcycle parked nearby were also partially destroyed.

“The cause of the fire is still under investigation,” said the department in a statement.

Meanwhile, Bandar Tun Razak Sub Zone 5 Residents Representative Council deputy chairman Sanah Manap welcomed DBKL’s proposal for the safety of the residents and said it would hold a meeting with the residents association to discuss the issue.

“Usually, if it is for the good of the community, we will go with the plan.

“After all, the longhouse is more than 30 years old and it is very risky for a similar incident to recur,” he said.

Kuala Lumpur Fire and Rescue Department chief Nordin Pauzi said a team was deployed to the scene after a distress call was received at 3.59am on Thursday.

He said the fire, which had completely destroyed four of the eight longhouse units, was brought under control some 20 minutes later with no casualties reported. — Bernama 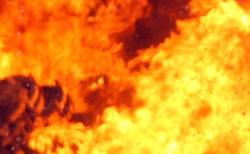 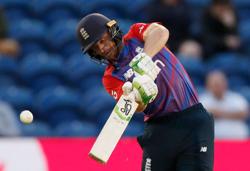