By posing in front of a mural of Tunku Abdu Rahman, Instagrammer @lihamk did not only choose an apt background but also recorded a moment of the nation’s history.

TWO latest photographs from The Star Merdeka art campaign, which came to its finale on Sept 15, have caught the attention of many.

One teaches a new word --- “cynophilist” --- which means dog lover, while the other of three teenagers brings back the nostalgia of youth.

The “cynophilist” shot was from none other than National Cancer Council (Makna) deputy general manager Vemanna Appanah, who sportingly posted a photo of himself wearing bold stripes inspired by the Jalur Gemilang colours, on his face. Instagrammer @yoshikitsubasa with a chibi rendition of a female in traditional wear.

On his Instagram page, his brief self-description as a lover of outdoor activities tells the exact scale of his extra curricular achievements.

Vemanna is the expedition pioneer of Klimb, one of Makna’s annual fundraising efforts that sees cancer survivors and patients scaling Mount Kinabalu.

In addition to his eye-catching snapshot, Vemanna had also contributed an article of his trip to the Kamchatka Peninsula, a volcanic belt located in the far east of Russia, to The Star which is accessible online. As for @lihamk, by posing with his friends in front of a mural of Tunku Abdul Rahman, the young Instagrammer did not only choose an apt background but recorded a moment of the nation’s history.

As stated in his social media page, the 2018 image captured a time before the new normal in light of the Covid-19 pandemic.

Perhaps a decade down the line, he and his buddies will be able to recall the fond memories of their carefree schooling years and how they have spent the 63rd National Day celebrations. Vemanna’s photo of himself wearing bold stripes, inspired by the Jalur Gemilang colours, on his face.

Unlike the yesteryears, this year’s National Day celebrations will go down in history as the first where the new normal was practised due to the recovery movement control order.

For posterity, he had also named the cameraman who took the photo which, we felt, was very thoughtful of him.

That @lihamk had also added his personal hashtag #kitalahharapankitadihadapan (we are the hope, we are the future) also gave us an insight into what goes on in the minds of our youth.

Speaking of fond memories, remember those vintage black-and-white family photographs where everybody sat ramrod straight as they stared sternly at the camera? 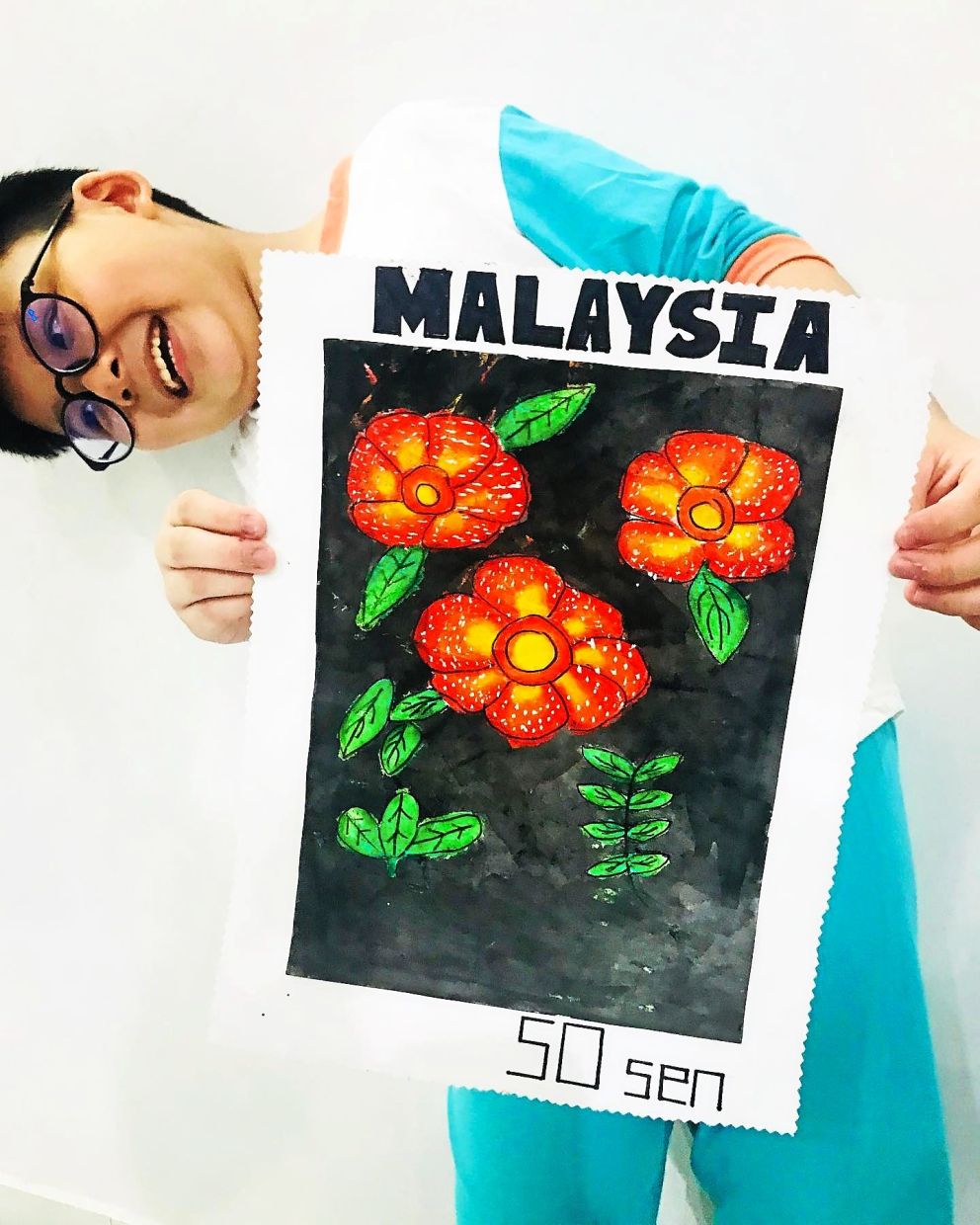 An artwork by seven-year-old Ooi, posted on Facebook, provides doses of cuteness.

This was the inspiration behind Instagrammer @pauliticalart’s amusing drawing of three siblings as they prepared themselves for that all-important family portrait.

The elements of chaos and laughter, not to mention the warring between two sisters and a hapless brother whose discomfort was evident, are not lost in this post.

Centred on themes of culture, patriotism and famous national figures, the latest round of creative submissions for The Star Merdeka Art campaign saw Malaysians expressing their thoughts on what images would best represent our heritage and how its people saw themselves from an artistic and individual perspective.

As described by Star Media Group news vertical head Juliet Chow, the campaign was not only a visual celebration but also a way to spread the message of patriotism, positivity and happiness in the virtual realm.

Instagrammer @yoshikitsubasa was one of the contributors who conveyed the campaign’s message by making us smile with a chibi rendition of a female in traditional Malay costume. 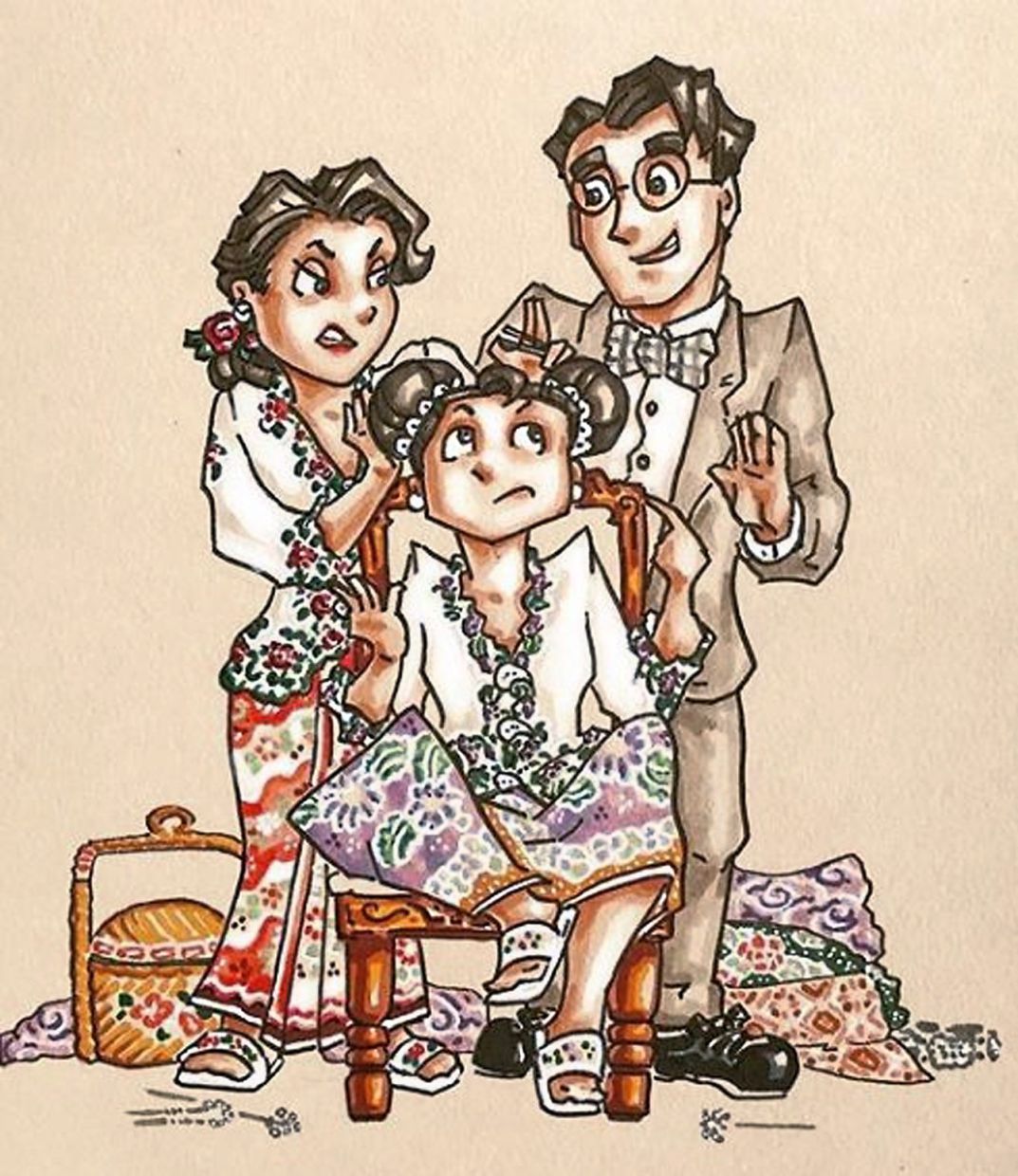 Instagrammer @pauliticalart’s amusing drawing of three siblings as they prepare for that all-important family portrait.

Using the Japanese art form that renders all its characters to present as short, chubby and rounded, the element of cuteness was immediately apparent in this submission.

On Facebook, Monica Oh would bring us more doses of cuteness with an artwork by Xander Ooi, 7.

We found this photo charming because of Ooi’s pose. Head tilted sidewards, his cherubic face lit with a cheeky smile, he had framed a drawing of rafflesia flowers as a giant 50sen stamp.

The campaign has also given local artists a chance to show us how the younger generation sees a multicultural nation.

Describing herself as an educator, Ying’s work evokes the feeling that it may not be long before this traditional sport falls out of popularity.

For Instagrammer @naqibj, the ketupat and firecrackers will always be synonymous with Hari Raya Aidilfitri. 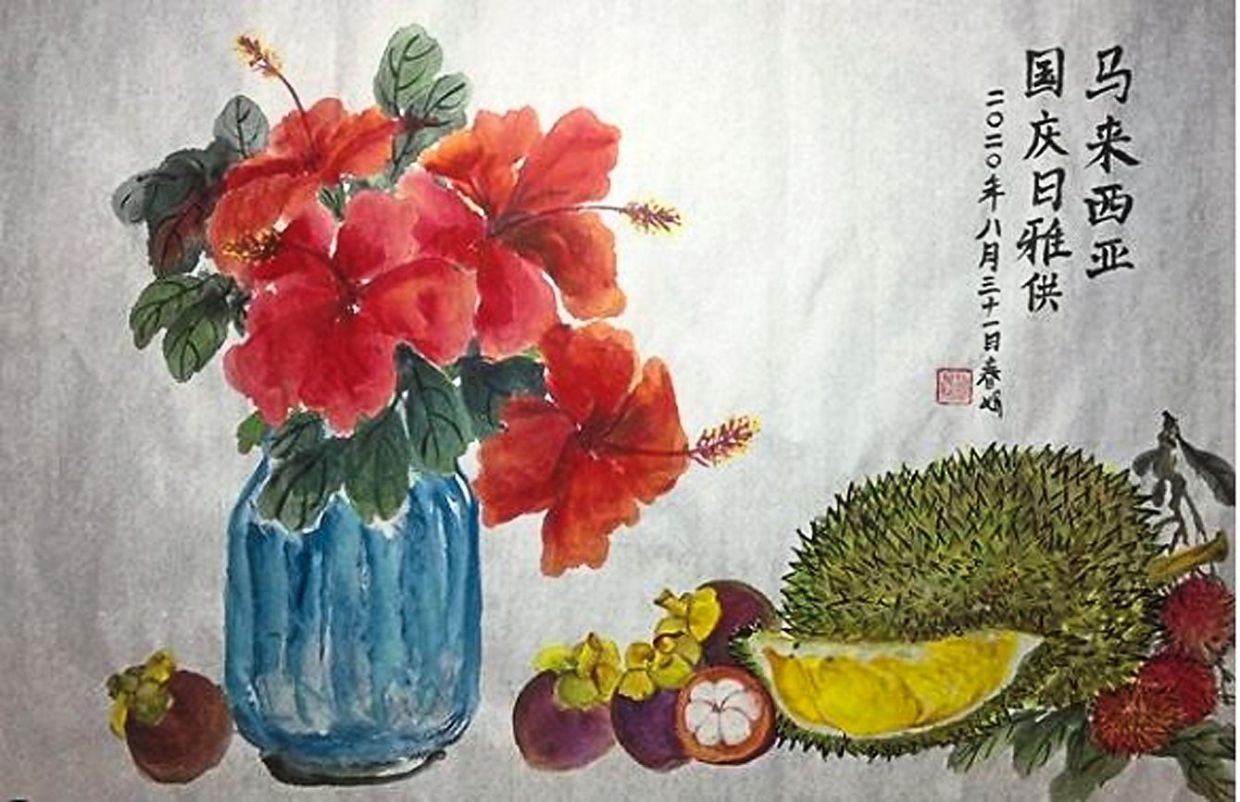 As digital devices take bigger and larger precedence in our daily lives, will these forms of simple entertainment be able to withstand the test of time?

@naqibj thinks not. One is never too old for the jubilant feeling that comes with a box of pop-pops.

The Star Merdeka Art campaign, which started on Aug 19, ran for four weeks.

Participants were reminded to set their posts to public, tag @thestaronline and include the hashtags #TheStar25YearsOnline #supportLOKALart besides watching out for the latest weekly themes.

Star Media Group was the first mainstream media to go online 25 years ago.