MALAYSIA is home to many eye-catching attractions, and it now has the world’s first solar-powered hybrid food and beverage hub.

It is powered by a solar energy system generating 207kWp, replacing electricity from the national grid supply to create a truly sustainable living for everyone on the premises.

D’Network, under the development by SP Setia Bhd, is not the typical shopping centre with fast food, but a conducive, sustainable environment for business meetings or social gatherings, or just to relax.

SP Setia executive vice-president and Bandar Eco-Setia Sdn Bhd chief executive officer Datuk Koe Peng Kang told StarMetro that when the layout planning for Setia Eco Park was done in 2004, they wanted it to serve as an incubator of ideas.

“D’Network is where business people can come over and communities can get closer to enhance harmonious relationships, ” he said.

“We live in a tropical country and we have the advantage of the sun, ” said Koe, remarking that SP Setia considered itself the pioneer of using solar energy in the region.

“We want to ensure that solar panels are integrated into our buildings (as much as possible).

“This is a place where people can eat, learn, work and play, ” he said.

During the day, solar power is generated in D’Network via the solar panels installed on the rooftop to capture maximum sunlight.

The photovoltaic cells in the solar panels transform the solar power into electricity for usage in the various common areas while the excess current will be channelled to the Tenaga Nasional Bhd (TNB) grid for storage.

At night, the common areas use the excess power generated by the solar power system in the TNB grid to run the lighting, ventilation, air-conditioners, irrigation system, musical fountain and the upcoming waste composting machine that will produce fertiliser for plants.

There will be 11 dedicated tenants including food and beverage brands at D’Network such as Garden Grocer, Seafood by Grand Ya Lim, The Grange, San Francisco Coffee, Thai Odyssey D’global Cuisine by Chef Zubir, Kotak Kopi, Liana & Dina and Mail Boxes ETC services.

With D’Network being in the vicinity of the Bukit Cerakah Forest Reserve, dining there is cooler by 2°C, the same with most of Setia Eco Park.

Another spectacle that leverages on the solar panels is Setia Eco Park’s English-inspired waterfall — Elizabeth Falls.

It is powered by 138kWp of solar energy, making it the world’s first solar-powered hybrid waterfall.

Complementing the food and beverage hub is the first international petanque or French lawn bowl facility with international standard lanes in a township.

Petanque is a favourite sport among the French, and has been introduced by D’Network as another community activity.

“Malaysia is capable of having beautiful gardens, with the flowers attracting butterflies. It is not only green hedges here, ” said Koe.

Within the 320ha total land area of Setia Eco Park, it dedicates 25% of its eco-landscape to parks, streams and lakes while introducing nectar plants and aquatic needs to recreate habitat and nesting grounds for birds, butterflies and fish. 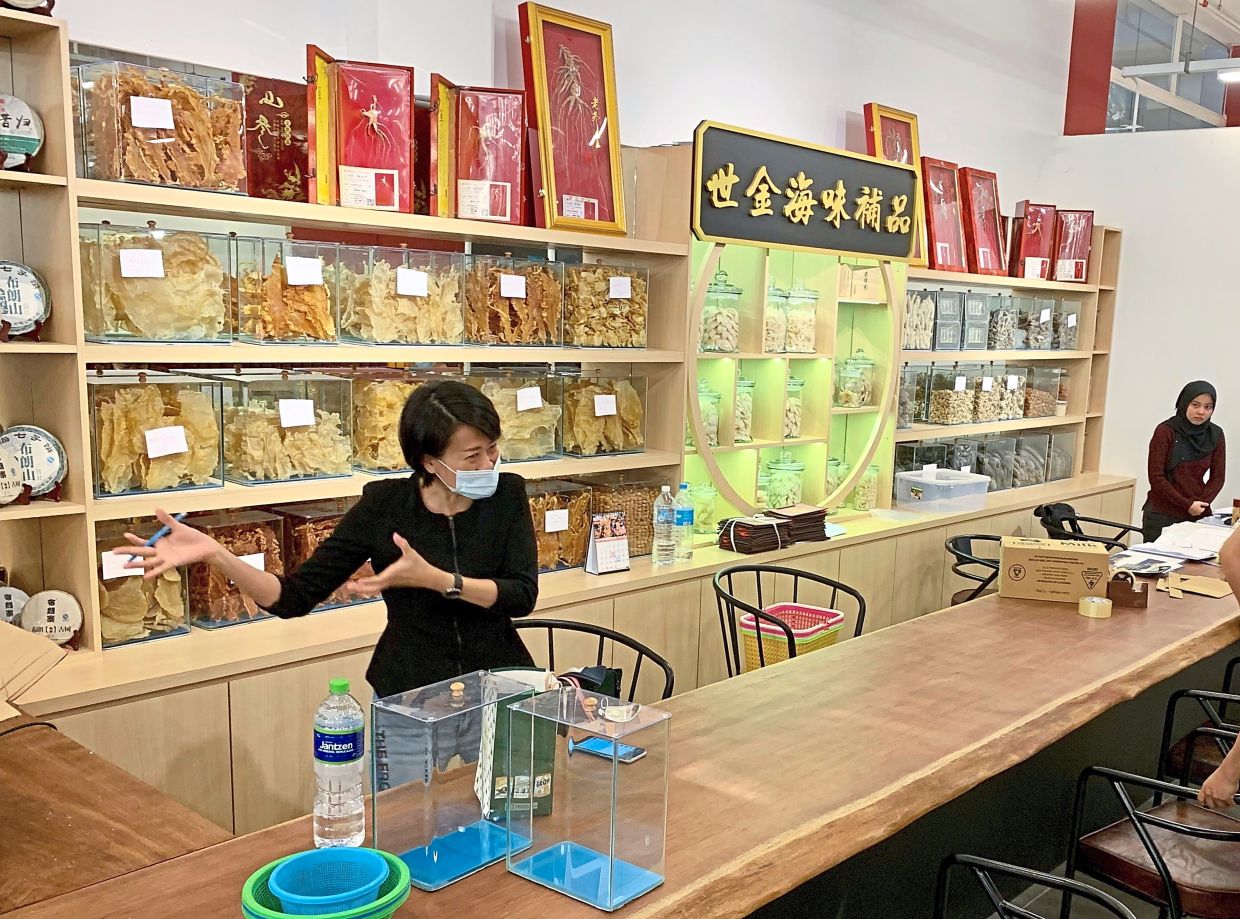 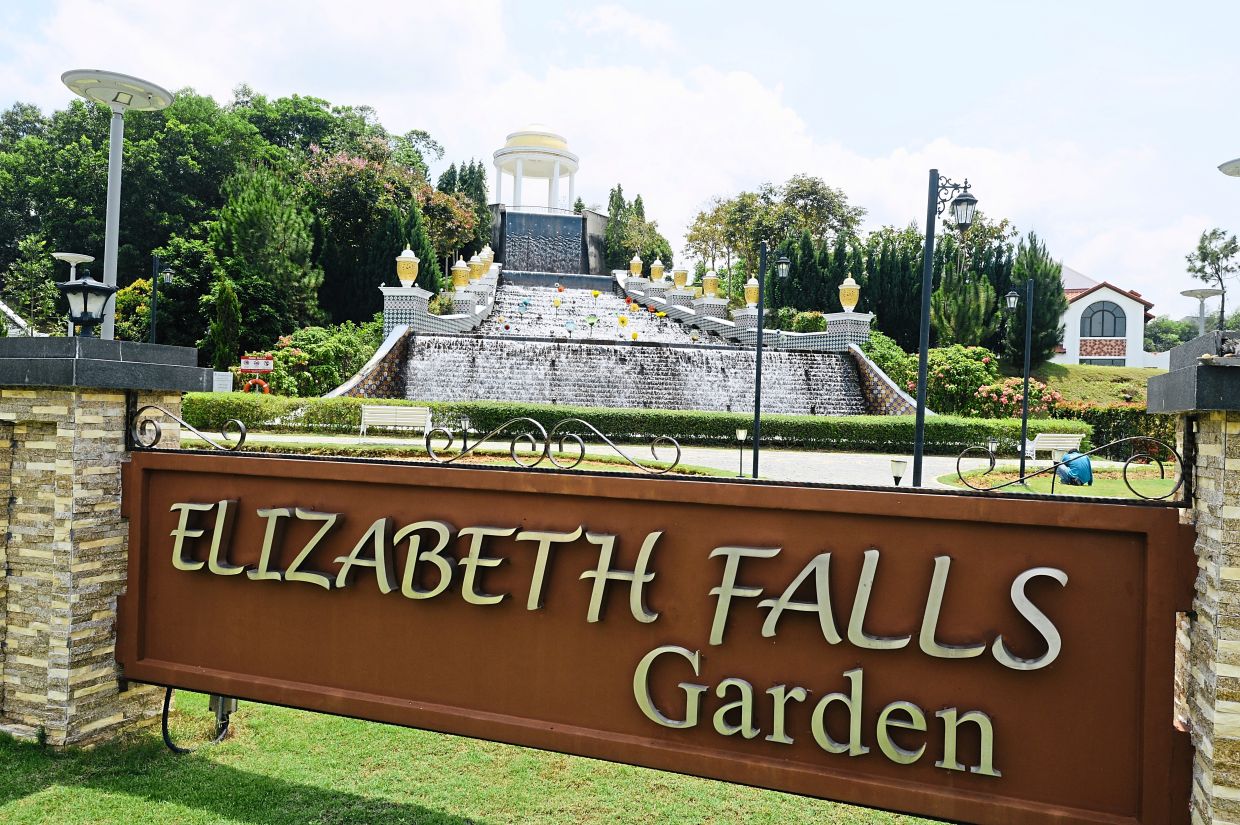 A section selling traditional Chinese herbs will be available within the grocers at D’Network.

Setia Eco Park’s Elizabeth Falls is another spectacle that leverages on the solar panels. 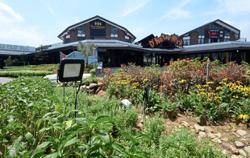 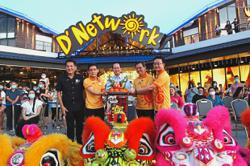