The projects, which are in different stages of progress, are planned to meet growing demand as the Miri to Lawas region continues to expand with new townships, businesses and residential areas.

In addition, the northern grid extension project to connect areas north of Miri to the state power grid is progressing well and will also support power export to the state’s northern neighbours.

The project, which is scheduled for completion in 2023, is being implemented in phases to extend the transmission grid across Sarawak and will also cater for injection points for potential power export to Sabah and Brunei.

“We hope to complete these projects as scheduled.

“For the team to achieve timely delivery, we need the cooperation of everyone,” he said.

According to SEB, the transmission packages for Miri amount to over RM670mil in total.

It said expansion works at the 275kV Similajau substation were completed in March this year, while the completion of the Marudi Junction substation in May last year and Eastwood substations in July this year served as new injection points to enhance supply reliability for the city.

“The Eastwood 132kV and 33kV substations, worth RM65mil in total, benefit around 15,000 customers residing in Miri town, Marina and its surrounding areas.

“In addition, the facilities cater to the development at Eastwood Valley with excess power being used for regional load growth.

“Transmission line projects traversing 199KM to connect all the substations were completed in tandem,” SEB said.

It also said reinforcement works were progressing in Lawas, with the Lawas town substation expected to come online by December 2021.

This package includes connecting 131km of transmission line from Medamit to Lawas.

Limbang, meanwhile, is expected to be connected to the main grid through the completion of the Bunut and Limbang town substations by February 2023, along with 228km of transmission lines. 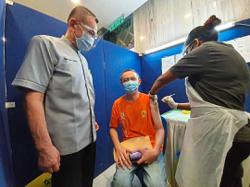 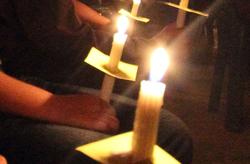