(Top and bottom) The National Day celebration kicks off at the Teachers Training Institute campus in Gelugor, Penang, with lecturers and staff waving the Jalur Gemilang.

IT was a colourful National Day celebration at the Teachers Training Institute (IPG) campus in Gelugor, Penang, where the spirit of nationalism was in full display.

The lecturers and staff gathered to wave the Jalur Gemilang in unison.

“What we are seeing here today are only 300 people but the trainee teachers are all watching this celebration virtually, which brings the entire participants to more than a 1,000 people, ” said Aneesha Hamid in her speech at the celebration on Monday.

She is chairman of the IPG ‘Bulan Kebangsaan – Kibar Jalur Gemilang 2020’ committee.

“Our first objective was to foster love for the country, with the people showing their resilience in fighting the Covid-19 pandemic which shows the spirit of nationalism during these trying times.”

The second objective, said Annesha was to instil patriotism, tolerance and unity among the people and appreciate the hard-fought fight to achieve Independence.

The event also had a Rukun Negara recital where all participants recited Malaysia’s national philosophy together. 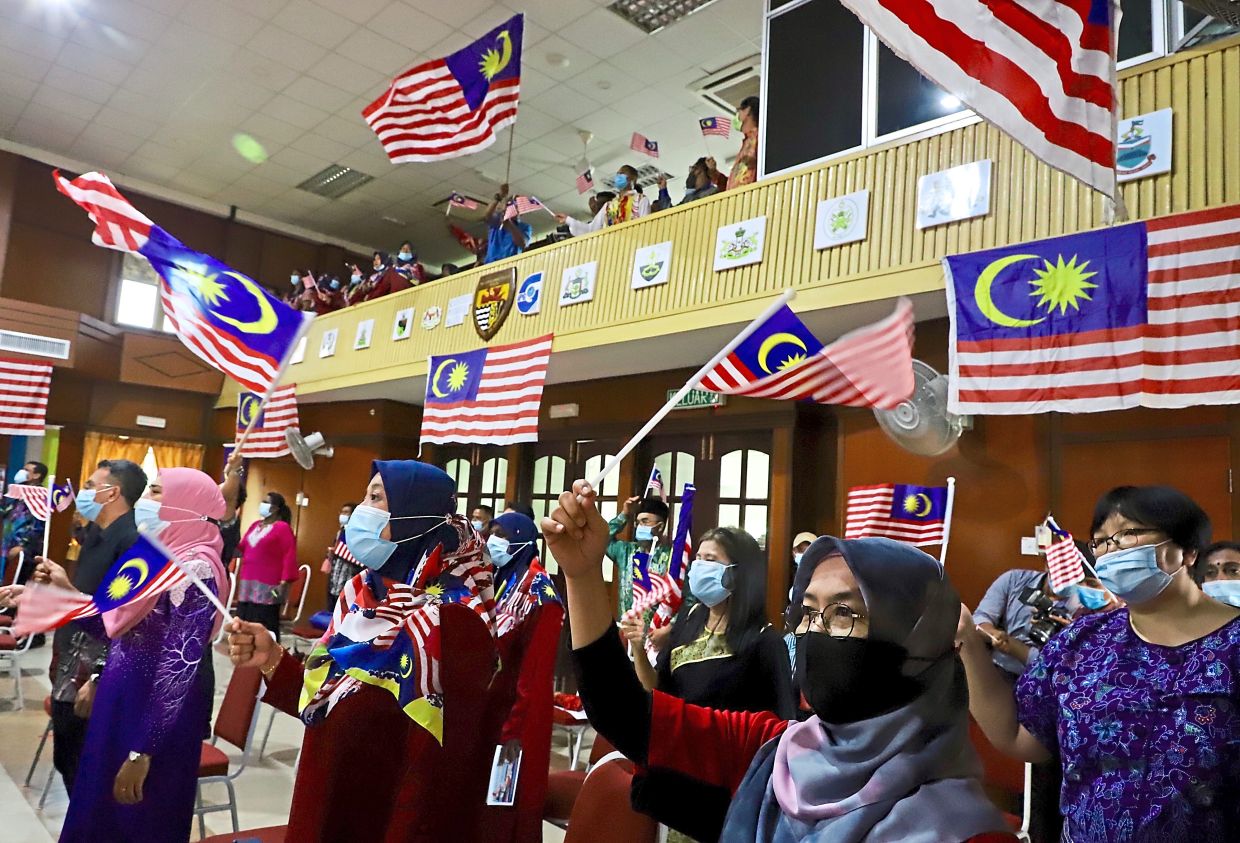 In his speech, Mohd Yussof spoke at length on the events leading to the moment the country achieved Independence and how it shaped the unity and harmony of the various races.

“Many leaders from various races were instrumental in achieving Independence.

“The younger generation should not forget the sacrifices made by these leaders as today, they are enjoying the fruits of the labour of these leaders, ” he said.

Mohd Yussof stressed that the unity enjoyed now should not be taken for granted.

He added that the people should refrain from making racial or irresponsible statements which would affect the harmonious relationship between the races in the country.