Zairil (left) holding up a copy of the amended by-law with welfare, caring society and environment committee chairman Phee Boon Poh in Komtar.

CONTRACTORS have until Sept 1 to comply with Penang’s amended earthwork by-laws.

State works, utilities and flood mitigation committee chairman Zairil Khir Johari said the state would implement its gazetted stricter by-laws on earthworks under the Street, Drainage and Building Act 1974 (Act 133) that allows compounds of up to RM250,000 per offence.

“The Street, Drainage and Building Compounding of Offences By-Laws 2020 was gazetted on July 2 this year, for both the Penang Island City Council (MBPP) and Seberang Prai City Council (MBSP).

“Prior to this, the by-laws for the MBSP only provided a maximum compound of RM250 for earthworks violations.

“The MBPP had no provision at all for penalties and could only issue stop-work orders. This contributed to the 78% violation rate of the Erosion and Sedimentation Control Plan (ESCP) at construction sites.

“This is because the penalty for non-compliance was too light, so most of them do not care even after we warned them to comply with the ESCP.

“We now hope to minimise the non-compliance rate of ESCPs with a new by-law on compounds for violations, ” he said in a press conference at his office in Komtar on Thursday.

Zairil said the amended by-laws were prepared earlier but could not be gazetted until July due to the movement control order (MCO).

“The amendments upgraded three sections, Sections 70A, 71 and 121, which now have heavier penalties.

“Section 121 covers minor offences, such as not putting up proper signage and provided for a compound of between RM1,500 and RM5,000 for each offence.

“Section 70A relates to unapproved earthworks or earthworks outside of approved planning that is now punishable by a compound between RM7,500 and RM25,000 for each offence.

“Section 71 penalises the failure to supervise or monitor construction sites that result in slope and retaining wall failures with a fine of between RM75,000 and RM250,000 for each offence.

“If it is found that the incident took place despite all the precautionary measures, then the fine will not apply. This is for those who do not comply with the law, ” he said.

Zairil said the state authorities had increased the number of spot checks and operations since 2017.

“Only six operations were held in 2017 to check on construction sites and their compliance to the ESCP and in 2017.

“This year, so far a total of 30 inspection operations were held and violations were detected at all but one site.

“We will give the contractors a grace period until the end of this month to make sure they comply with the ESCP, ” he said.

Zairil said all contractors and developers conducting construction works and earthworks will have to comply with the ESCP and conduct their works in accordance with their approved earthworks plan from Sept 1 onward.

“I hope the compliance rate will increase after the implementation of the amended by-laws, ” he said. 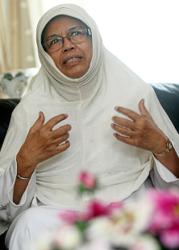 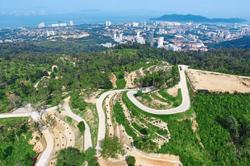