With the proposed expansion project, the Swettenham Pier Cruise Terminal in Penang will be able to accommodate two mega-sized cruise ships simultaneously on the outer berths along with one small-sized vessel and a medium one on the inner berths.

THE completion date for the RM155mil expansion work at Swettenham Pier Cruise Terminal (SPCT) in George Town, Penang, has been delayed due to the Covid-19 pandemic.

“There will now be a slight delay. But it will not have much effect on cruise tourism as there is still a blanket ban on all cruise ships coming into the country, ” he said in a recent interview.

It was earlier reported that upon its completion, the length of the terminal will be expanded northwards from the current 545m to 793m.

It will then be able to handle two mega-sized cruise ships simultaneously on the outer berths along with one small-sized vessel and a medium one on the inner berths.

The expansion is carried out by Penang Port Sdn Bhd (PPSB) and Royal Caribbean Cruises Ltd.

Tan said other aspects of the expansion, including the refurbishment of the warehouses inside the PPC area, would continue as preliminary work has already begun. 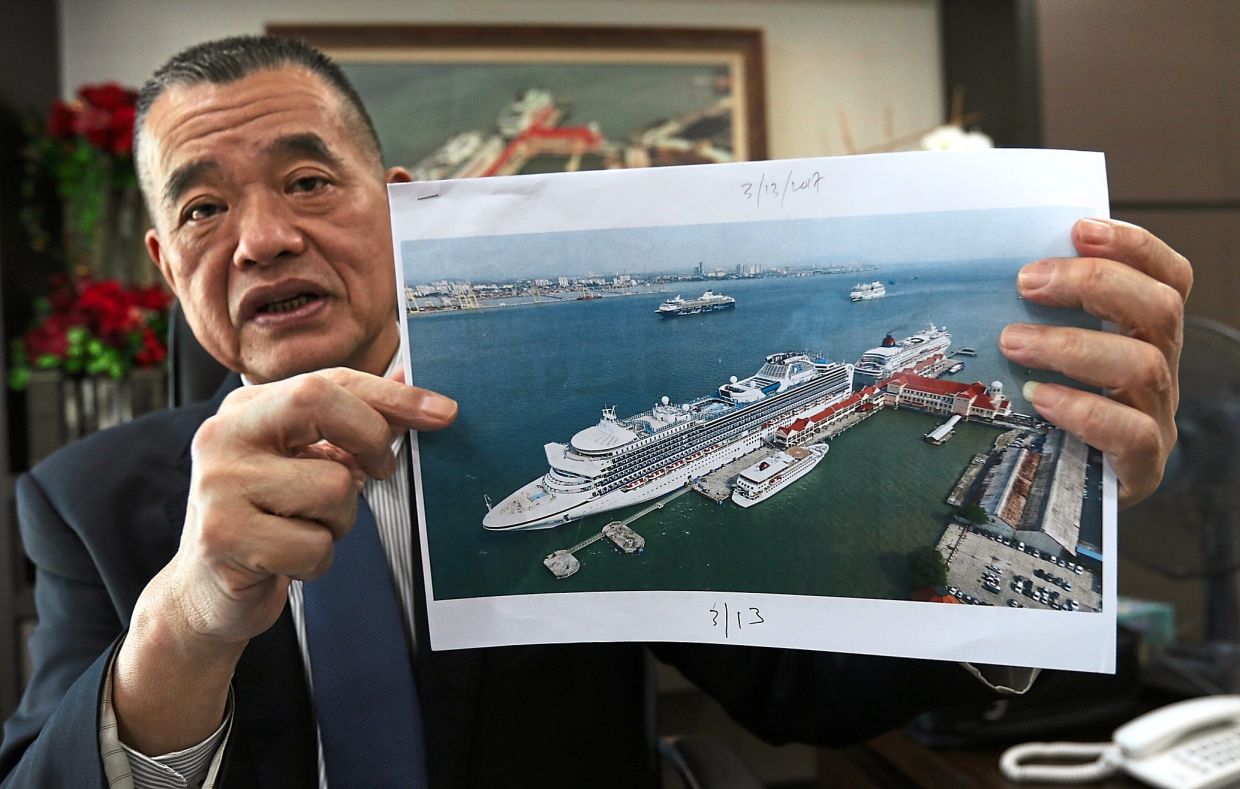 Tan showing an aerial photo of the terminal in George Town.

It was earlier reported that PPC took a cautious approach on the development of the warehouses due to their heritage value.

The warehouses are set to be ready in 2022 with the development estimated to be around RM300mil.

On the 30-year concession for PPSB to operate SPCT, Tan said it would be given soon as the new government which took over early this year would have to look at certain details and that the board would have to convene a meeting to look into the approval.

PPSB, which was set up in 1994 under Finance Ministry Corporated, has been operating SPCT via a management contract while PPC comes under the Transport Ministry which is the licensing authority of the port.

On the North Butterworth Container Terminal (NBCT) expansion, Tan said it would have to be carried out as soon as possible.

“We need to move fast as our present projection shows that NBCT will reach its full capacity of 2million TEUs very soon.

“But before the expansion can be initiated, PPC needs to have a Port Master Plan to be approved by the federal and state government agencies.

“During the previous government’s tenure, no firm decision was made on the development of the existing PPC land.

“As such, the current board decided to call for a Request for Proposal and further details will be announced in due time, ” he said. 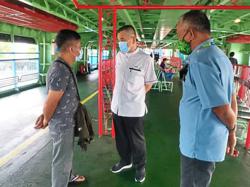