Its president Dr Ahmad Fadzli Ahmad Tajuddin said the exercise involved fairer coordination and distribution of work as well as to get fresh ideas from new department heads.

“We are taking a risk as we need a fresh approach and improvements to MPK’s delivery service, ” he said at the council full board meeting.

“Other departments may require calls for new proposals or better business models, ” he added.

Also discussed at the meeting was the proposal to revive MPK’s Complaints Committee to deal with infrastructure complaints.

“At the moment, the Infrastruc-ture Committee is bogged down with infrastructure complaints and does not have much time to focus on policies, which will have an impact on the council.

“We have to change our ways of thinking and doing things.

“MPK needs to be more action-oriented and people-centric, ” said Fadzli.

The Licensing and Hawker Department has now been split into two departments.

The Valuation and Property Management Department has

also been split into two departments.

The SDU will serve as a coordinator, recommend standard operating procedures for departments that need improvements and rebranding as well as study and improve MPK’s work flow processes.

Fadzli also announced that MPK had recorded a 7% drop in revenue this year compared to the same period last year.

“As of June 30, MPK collected RM9.45mil less in revenue compared to the same period last year.

“The council collected RM134.23mil this year compared to RM143.68mil last year, ” Fadzli said in his speech.

Compared to last year, he said there was also a 0.1% or RM0.15mil drop in expenditure this year.

The app allows users to book and pay for council facilities using their smartphones.

The date, time, location and rental rates are displayed in the app for ease of booking.

The information is updated in real time for users to be aware of availability of facilities.

“MPK has 28 halls, seven fields and one hockey stadium available for rent.

“The app saves users’ time and effort as it eliminates the need to go to MPK’s counter to book halls for events or slots for sports activities, ” said Fadzli.

The app will be available for download on the Google Play Store and Apple App Store from Aug 6. 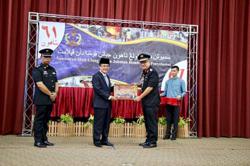 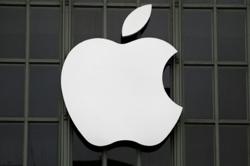