JOHOR BARU: Johor Ruler Sultan Ibrahim Ibni Almarhum Sultan Iskandar has directed the state government and its agencies to increase their flood preparedness due to the current bad weather conditions.

He said rescue teams should intensify their monitoring and ensure that their personnel statewide were ready to meet the challenges.

“Nowadays the weather is unpredictable and people living in the low-lying areas also need to be alert and adhere to the instructions from the authorities,” he said in a statement via his official Facebook page.

He added that he was closely monitoring the flood situation in the state, which has hit several districts since Monday.

Sultan Ibrahim also hoped that those placed at the relief centres would be comfortable and get all the necessary assistance.

“At the same time, the state health department should also carry out checks at each of the relief centres to ensure there is no spread of Covid-19 among the victims,” he added.

Meanwhile, the flood situation in the state has worsened since Monday with some 1,271 victims housed in 15 relief centres in Muar, Tangkak, Batu Pahat and Pontian.

Johor health and environment committee chairman R. Vidyananthan said that as of 8am yesterday, Muar had the highest number of flood evacuees, at 818 people from 215 families, followed by Tangkak (267), Pontian (171) and Batu Pahat (15).

He urged those living in low-lying areas to be prepared to evacuate should water levels in nearby rivers continue to rise.

Muar district disaster management committee secretariat in a statement said the flash floods were caused by heavy rainfall, which started at 4am on Monday, which coincided with the high tide as well.

Enforcement agencies such as the police, Civil Defence Force and Fire and Rescue Department are monitoring the flash flood situation closely.

Malaysian Meteorological Department (MetMalaysia) has predicted that further downpours were expected around the country over the next few days as the southwest monsoon season continues.

Its long-term weather overview indicated parts of Johor and Sarawak would have slightly more rain than average in the coming days.

This is the second major flooding in the state in the past month, with some 640 people from 161 families evacuated in Pontian, Batu Pahat and Muar after flash floods in late June. 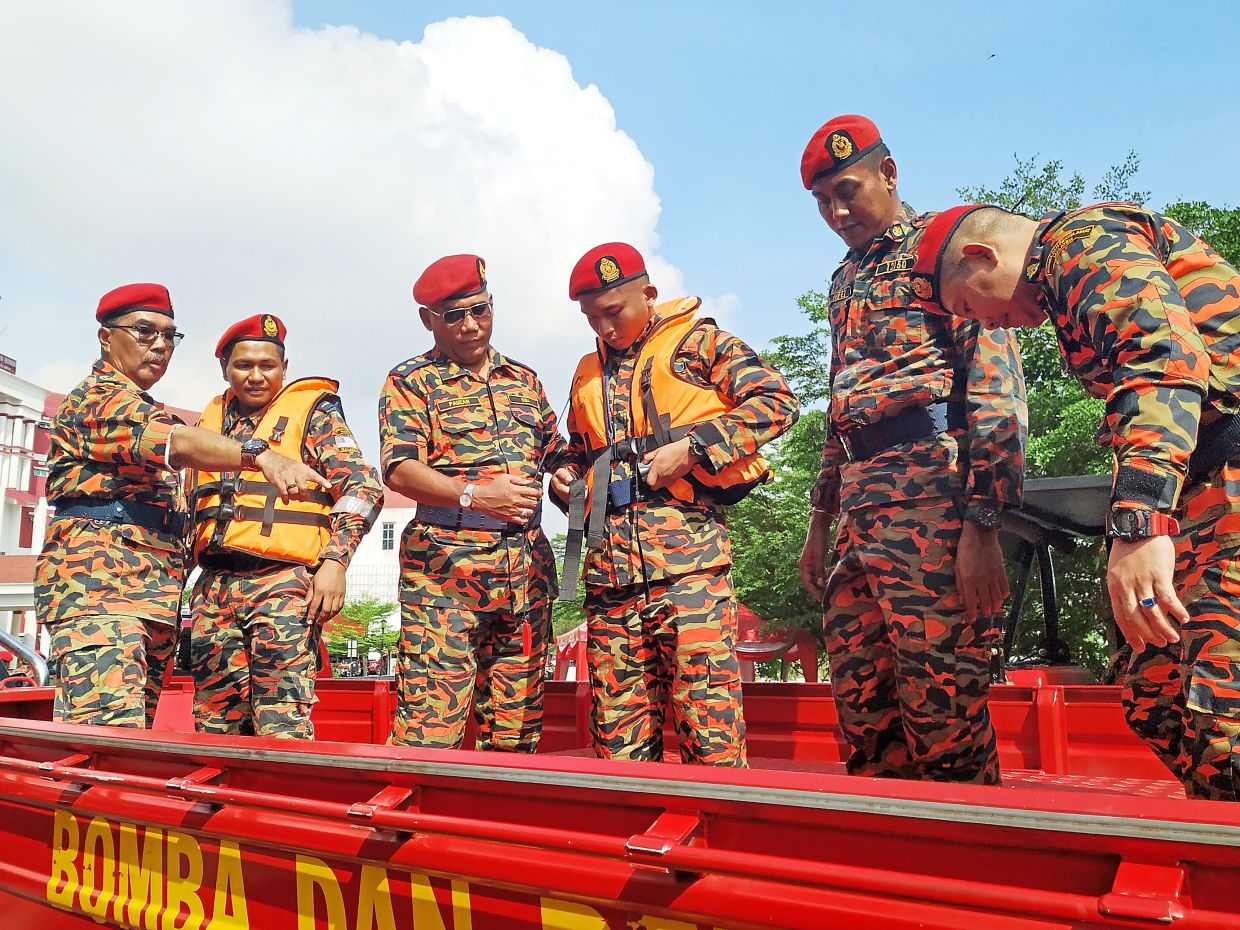 Floods in Kampung Parit Pulai in Parit Sulong, near Batu Pahat last month. Several areas in Johor have been hard hit by floods due to heavy rainfall. — Bernama