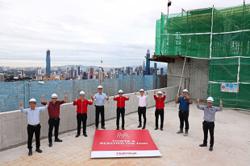 BUSINESS owners in Kuala Lumpur have returned to their old habits of hijacking public parking bays directly in front of their premises, according to Kuala Lumpur City Hall (DBKL).

The movement control order (MCO) amid Covid-19 since March 18 has also not changed the attitude of motorists who continue to double and triple park, causing the usual congestion on busy streets all over the city.

After the Government eased restrictions under the recovery MCO on June 10, DBKL officers from Bukit Bintang, Seputeh, Cheras, Segambut and Lembah Pantai branches received complaints about this.

“I went out to do some shopping and was annoyed that there was not a single parking space available, but there were dozens of empty ones which were blocked with cones, chairs, flower pots and other things, ’’ said Lilian Teh of Taman United in Jalan Kelang Lama.

Teh left her house mid-morning on June 11 to buy some groceries and household supplies and stopped to do her shopping in Jalan Sepadu.

She could not find a single parking bay available.

“It was still early and there was hardly anyone around, yet there was no bay available, ’’ she said.

Taman Bukit Indah resident K.C. Cheah agreed with Teh, and said she too visited a pet shop in Jalan Sepadu, and was irritated to see so many obstructed parking bays.

“It is selfish but the shop owners won’t change, ” she said.

Photos of restaurant operators blocking parking bays with wooden boxes, tables, chairs and motorcycles, including those of motorists double and triple parking captured by the authorities as of June 10 were sent to StarMetro.

“When the officers check the area, no one will own up to their wrongdoing.

“Once the officers remove the junk and leave, the shop owners will block the parking bays again, ” Cheah said, adding that the owners were not penalised for this and it had been their modus operandi for years.In 2018, DBKL revamped the criteria on eligibility to reserve parking bays in the city. Its appointed parking operator, Vista Summerose Sdn Bhd, was instructed to suspend the renewals and new applications for parking bays for rent.

Out of 40,000 DBKL parking bays in the city, 3,500 were reserved spots and since the suspension, more than 3,000 parking bays were released to the public.

A business owner who had taken up two parking bays in front of his shop by placing rubbish bins defended his action.

“We applied for a licence to do business here, and the nature of my work requires me to have an unobstructed entrance to my premises.

“By not allowing me to use the space in front of my shop, it is akin to hindering me from doing business.

“The real culprits who hog the bays are those who use it for long-term parking, and they monopolise it without paying any charges, ” said Janson Lee.

He urged the authorities to be fair to business owners.

Joseph Kumar, a Bangsar resident, said he did not like people parking in front of his house for the whole day.

Although the cars did not block his gate, he said motorists should not occupy the space for long periods to avoid paying parking charges in commercial areas.

“One hour is acceptable, but not the whole day, ” he said. 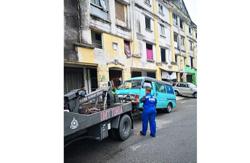