Athletes to resume training for Sukma

State Youth and Sports Minister Datuk Abdul Karim Rahman Hamzah said he wanted Sarawak to send a strong, well-prepared team to the Games, which was postponed from July this year to next March due to Covid-19.

“Sukma preparations will go into full swing starting today. It is time for the athletes to start preparing from now because I want nothing less than for Sarawak to be champions of Sukma next year, ” he said after chairing a meeting with state sports officials here.

Karim said although swimming pools were still closed to the public, state swimmers and divers would be allowed to train in the pool.

“This also applies to sports like rugby and football. The state athletes can train but they must comply with the standard operating procedures (SOP), including social distancing and temperature checks, ” he said.

Karim also said sports and recreational facilities under the ministry and local authorities would be open to the public from today.

He said the use of these facilities was subject to the ministry’s SOP, which can be viewed on its website at myss.sarawak.gov.my.

“Activities which are still not allowed include those in swimming pools, contact sports and sports tournaments or competitions, ” he said. – By SHARON LING

All Sukma athletes in Sarawak can train now

All Sukma athletes in Sarawak can train now 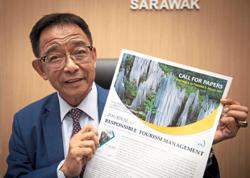 Putting state back on world map