Blind folk eager to get back to work

Malaysian Association for the Blind (MAB) is urging the Health Ministry to draw up guidelines for massage and reflexology centres to allow the blind employed in the sector to resume working now under the recovery movement control order (MCO).

MAB chief executive officer George Thomas said many of its members who worked as massage therapists had lost their income when the MCO came into effect on March 18.

“They are also not eligible for assistance under the Prihatin package since they are categorised as daily wage workers. 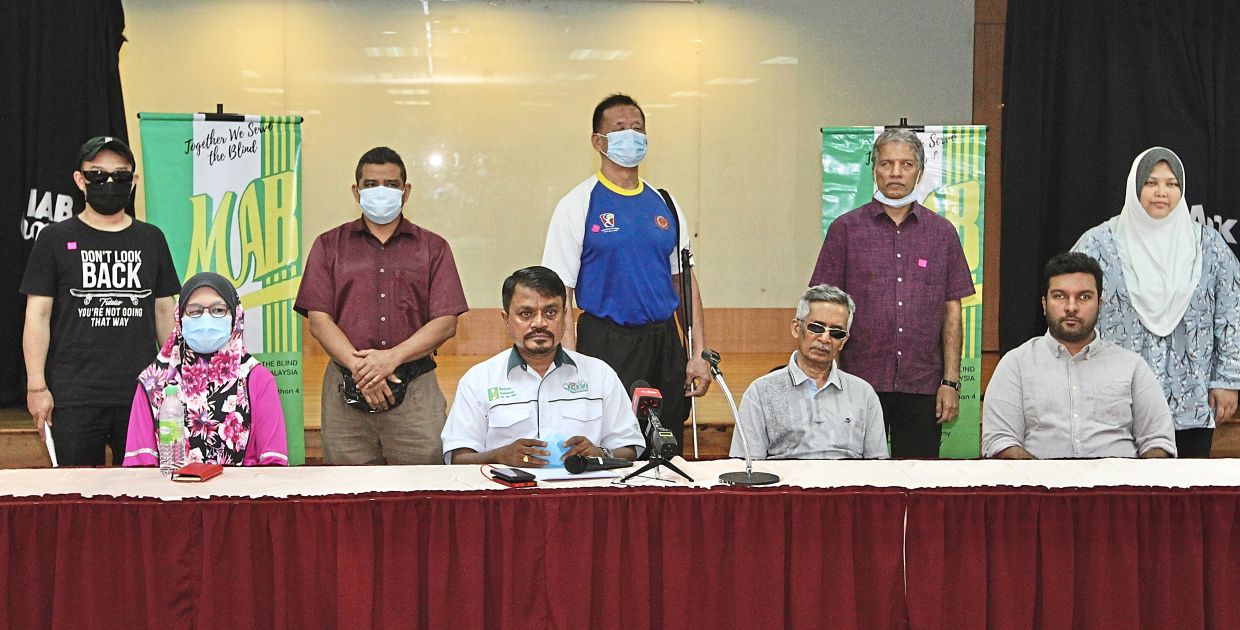 “If other activities that involve direct contact such as pedicure and manicure centres, beauty salons and barbershops have been allowed to resume operations, then reflexology and massage centres operated by the blind should be allowed too, ” he reasoned.

Thomas said MAB had sent a letter to the ministry on the matter and was told that it would be reviewed.

“We also appeal to the Human Resources Ministry to provide subsidy to the blind whose income had been affected, ” he said during a press conference held at MAB headquarters in Jalan Tun Sambanthan in Brickfields, Kuala Lumpur. 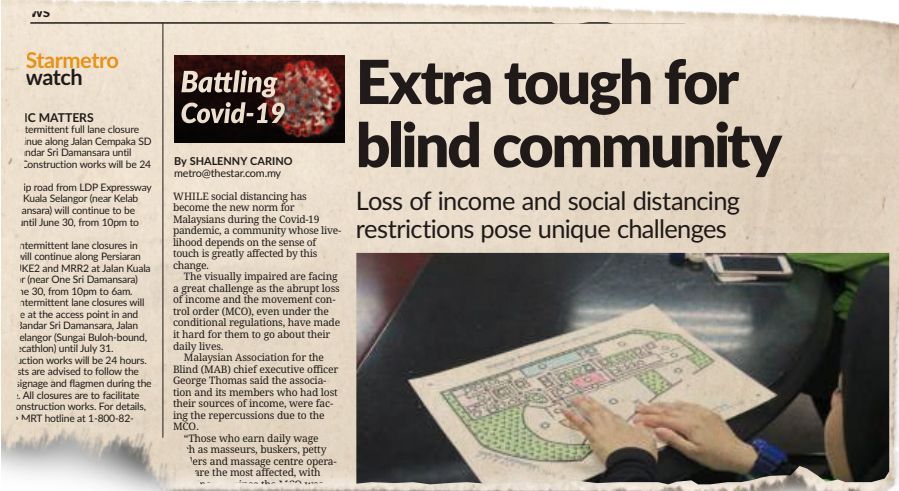 StarMetro’s article on June 2 which highlighted the plight of the visually-impaired.

An estimated 1,600 visually-impaired individuals in the Klang Valley are affected by the closure of reflexology and massage centres.

Normah Ahmad, who runs a therapy centre, said reflexology and massage centres should not be categorised under the entertainment sector as these places offered wellness treatments.

“We are willing to comply with new guidelines such as wearing gloves while working and sanitising our equipment regularly. About 1,600 visually-impaired individuals in the Klang Valley are affected by the closure of reflexology and massage centres. — filepic

“We hope the Government will consider our plight as we are struggling to service our financial commitments such as rental of premises, housing loans and utility costs, ” she said.

Massage therapist Muhammad Faizul Abdullah said he had been without income for almost three months and had to rely on food aid contributed by MAB.

“If we are not working, what can we do to earn an income?

“Even though the premises is closed, we still have to pay the monthly rental, ” he said.

Health director-general Datuk Dr Noor Hisham Abdullah said the matter had been brought to the National Security Council and that a decision was expected to be made next week.