MAB provides a tactile map of the areas surrounding its building for the visually impaired.

WHILE social distancing has become the new norm for Malaysians during the Covid-19 pandemic, a community whose livelihood depends on the sense of touch is greatly affected by this change.

The visually impaired are facing a great challenge as the abrupt loss of income and the movement control order (MCO), even under the conditional regulations, have made it hard for them to go about their daily lives.

Malaysian Association for the Blind (MAB) chief executive officer George Thomas said the association and its members who had lost their sources of income, were facing the repercussions due to the MCO.

“Those who earn daily wage such as masseurs, buskers, petty traders and massage centre operators are the most affected, with zero income since the MCO was implemented on March 18.

“They do get some welfare assistance but they have rent and bills to pay, ” he said.

He added that MAB was also struggling financially as donations and income dropped by 85% when events and face-to-face fundraisers could not be held, leaving a question mark on the sustainability and survival of the organisation.

“We have 80 full-time staff with 36% comprising the blind and visually impaired.

“We need close to RM400,000 each month to operate our three training centres and other services.

“Our usual income in general from donations in December last year and this January was around RM300,000.

“However, it dropped significantly to RM26,000 in April, ” said Thomas. Thomas (right) guiding Ooi down the stairs of the MAB office in Brickfields.

Despite facing these challenges, the organisation, which has been serving the blind since 1951, is working to help the community.

About 4,800 pre-packed lunches and meals for breaking of fast were also distributed to residents of Brickfields.

“We hope to do this until the end of the conditional MCO, ” added Thomas.

While MAB is facing financial hardship in serving the community, the blind and visually impaired also face challenges in the new norm due to social distancing requirements.

One of them is busker Godfrey Ooi, 72, who was born with retinopathy of prematurity and has been blind since childhood. That did not stop him from working and performing music before the MCO.

Ooi retired as the assistant director of MAB in 2013 and is currently working part-time with National Council for The Blind Malaysia (NCBM), editing its magazines two to three times a week.

He also used to do busking around town, complexes and markets with his group led by a sighted person. 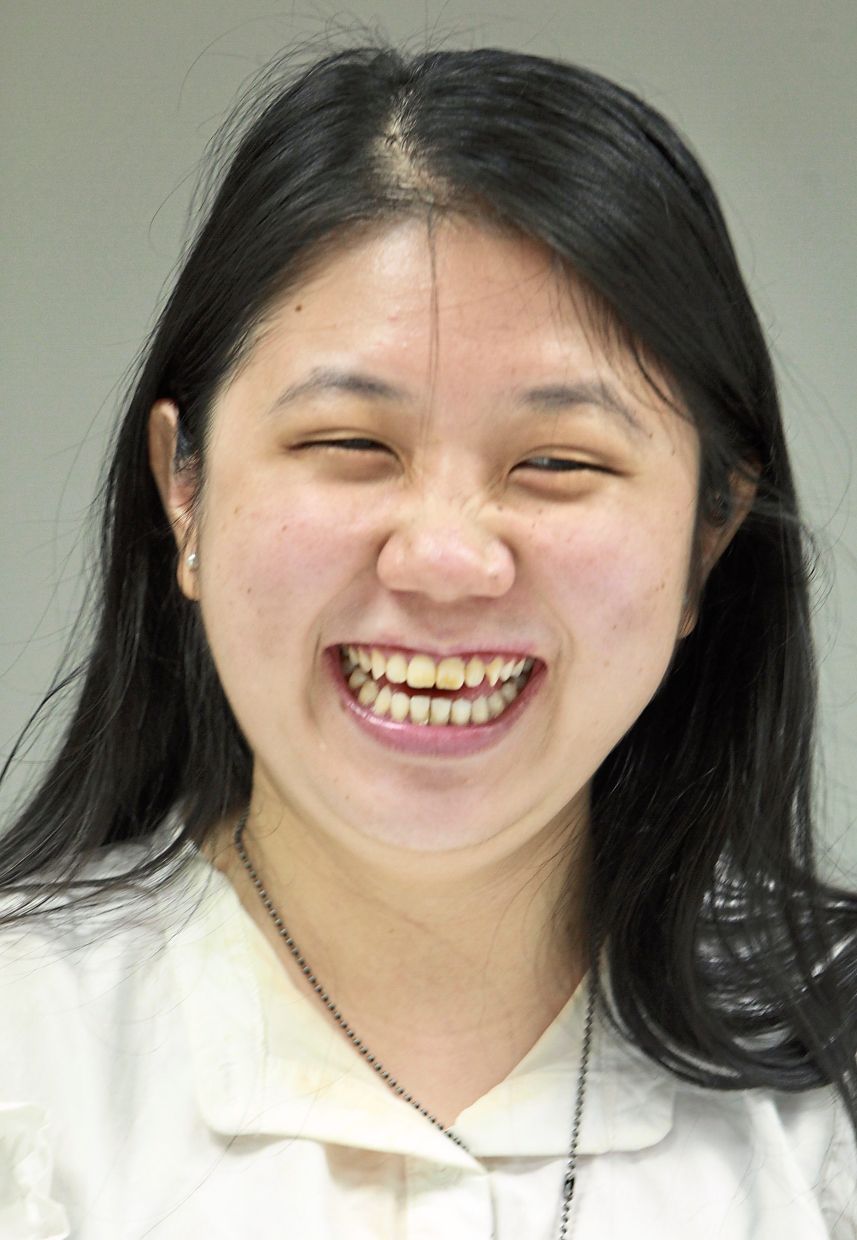 Kiw says she relies on the financial aid from the government and sponsors as she does not have an income now due to the MCO while Laxme (pic below) says she misses her students dearly.

“With the MCO, I am unable to go to work and do busking.

“As much as I want to keep playing music, there is no choice for me but to stay indoors.

“I try to occupy myself with anything I can do at home. I have been passing time doing some reading, gardening and playing my guitar, ” he said.

Ooi said the sudden loss of income was the main challenge for him during the crisis.

“The current situation is difficult for me financially but I am fortunate that I am living with my family, ” he said. He lives with his wife, daughter and grandson.

“I guess the situation cannot be helped as everyone is affected, but it is very inconvenient for us.

“Hopefully, I can go back to busking soon as that is the first thing I am looking forward to after this crisis, ” he added. Meanwhile, visually impaired masseur Kiw Sin Ee, 27, who is currently living in a rented house with friends, has been without an income for over two months.

She currently has to rely on financial aid from the government and food distributed by organisations.

Kiw, who hails from Johor, first came to MAB in 2016 to gain vocational skills and knowledge.

“Before MCO, I worked hard to earn a living. I worked from 10am to 10pm as a masseur so I did not have much time for other things.

“Now, because massage centres are closed, I am unable to do anything but stay at home.

“I try to make use of the free time to listen to music, do some reading and check updates on social media, ” she said.

“The loss of income is my main concern.

“I am looking forward to getting back to work. I just have to wait for time to pass and allow the world to heal, ” she added.

Kiw said that while she was very grateful to those who had helped the community so far, she understood if people wanted to keep a social distance from the visually impaired community due to personal health and safety concerns.

However, she gave some suggestions to those who were keen to guide them on the streets. A visually-impaired student learning to repair a computer at one of MAB’s training centres.

“I would suggest that they avoid holding our walking stick as it represents our eyes.

“It would be best to guide us by holding our shoulders or elbows.”

A close friend of Kiw’s, Marcos Anak Joel, 29, who works in a restaurant in Bukit Bintang, Kuala Lumpur, said the current situation was extremely tough for the blind community.

While the majority of the staff in the restaurant were visually impaired, he said the restaurant’s closure due to MCO caused financial hardship for the staff.

Marcos shared that he now earned RM600 monthly compared to RM2,000 pre-MCO, which made it hard to afford basic necessities.

He urged the government to consider the predicament of the blind, especially in terms of mobility and loss of income, adding that a more accessible mode of communication should be set up for the blind online so that they could contribute to the discussion.

Primary school teacher Laxme Preyalatha, 45, said although she did not feel the impact of the MCO as much as others, she believed the government should provide clearer guidelines for the disabled.

“I am not saying the government is doing anything wrong but I just hope they include us by giving a clear guideline on how the disabled can be protected if they need to go outdoors, ” said the teacher who was born blind.

She said the community did receive some support from people and various organisations, but the barriers in terms of mobility at the beginning of the MCO were very challenging.

“We are considered part of the high-risk group as we need assistance once we are out of the house.

“People guide us by holding our hands or arms. We are directly connected to touch so social distancing is quite hard for us to follow.

“In the beginning, it was hard for us when they implemented the one-person ruling for those who needed to go out to buy essentials.

“Thankfully, I have my sister with me when I leave home once a month to go to the bank. It might be tougher for others, ” said Laxme who works from home.

“Blind folk who have to travel to work risk getting infected with Covid-19 when they touch high-contact areas like railings and buttons as they need to touch the braille signs.

“We cannot blame the community when they are reluctant to guide us during the pandemic. They will want to protect themselves from the virus too, ” she added.

Laxme said she was grateful to all parties who provided support and aid like groceries as it helped to ease their burden during the MCO.

“I am glad to see Malaysians put their differences aside and help each to overcome the pandemic together, ” she added. 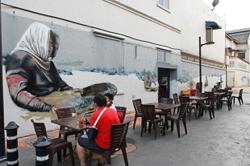 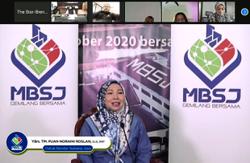