(From left) Sivananthan and Subbarow checking the bottle gourds which weigh between three and four kilos each. They were planted just before the start of the MCO. — Photos: CHAN BOON KAI/The Star

ONE silver lining of the movement control order (MCO) is that Mother Earth is healing, thanks to reduced human movement and activity.

Many Malaysians forced to stay at home have also started growing vegetables, herbs and fruits in their gardens, with some producing amazing results.

Consumers Association of Penang (CAP) education officer N.V. Subbarow said he and CAP gardeners B. Sivananthan and A. Shankar planted vegetables and herbs at CAP’s compound along Jalan Masjid Negeri just before the MCO started on March 18.

He said the bottle gourds, also known as long melons, have borne eight fruits so far.

“Each chemical-free bottle gourd weighs about 3kg to 4kg and they are heavier than those produced before MCO.

“Those who bought the bottle gourds from us also said they tasted much better than before.

“I expect the plants to bear 30 more fruits in the next two months,” he said when met at the garden recently.

Subbarow said they did not encounter many pest problems at the garden during the MCO.

“Besides the cleaner air now during MCO, the soil is also healthy and with the additional growth promoters used at our garden, the vegetables, herbs and fruit plants have flourished,” he said.

Another vegetable plant that has been growing extremely well during this period is the Indian broad bean, a creeper plant often grown along fences.

Subbarow said that during the MCO, he and the gardeners would drop by once in a while to water and tend to the greens.

“We also received a lot of calls during the MCO from people asking us about urban farming.

“Since most of them had more spare time at home, they were keen to pick up home gardening and farming,” he said.

Subbarow said some complained that they did not have the space or a garden to begin with.

“We have always told the public that they don’t have to spend a fortune to start urban farming.

“They can use any recycled containers, old sinks and bowls, empty boxes, drawers from used cupboards or cabinets or even egg shells to start farming at home,” he said.

Subbarow said the MCO period had been a good time for people to start urban gardening as they would have all the time needed to tend to their garden.

“All they need is good soil which can be enriched by putting in the effective microorganisms (EM) and ‘pancagavyam’ (a mixture of cow dung, yoghurt, cow’s urine, molasses and cow’s milk) as growth promoters to improve the soil, reduce plant diseases and promote plant growth.

“They can call us at CAP to get the EM and pancagavyam during this MCO.

“We also have our very own fertiliser which is fish amino acid made by mixing some fish heads and guts with brown sugar,” he said.

CAP’s chemical-free urban garden was started 10 years ago with chilli, brinjal and ladies finger being planted then.

“As demand grew over the years, we planted 67 types of vegetables and 46 types of herbs commonly used by Malaysians.

“Our main aim is to reach out and spread awareness about urban farming to as many people as possible out there,” said Subbarow.

He said CAP planned to upgrade the garden and to work with more schools once the MCO is lifted.

“We will also be talking to the Penang Island City Council to initiate a community garden at each neighbourhood where housewives can start farming on a small piece of land.

“They can then share the vegetables they have grown or even sell them to make some money for themselves.

“Through this way, the community will also become closer,” he said.

Subbarow said that those who face any problem with their farms or pests or want to make their own growth promoters can contact him at 04-829 9511 during office hours (9am to 5pm) as no one is allowed to visit CAP’s urban garden during the MCO period. 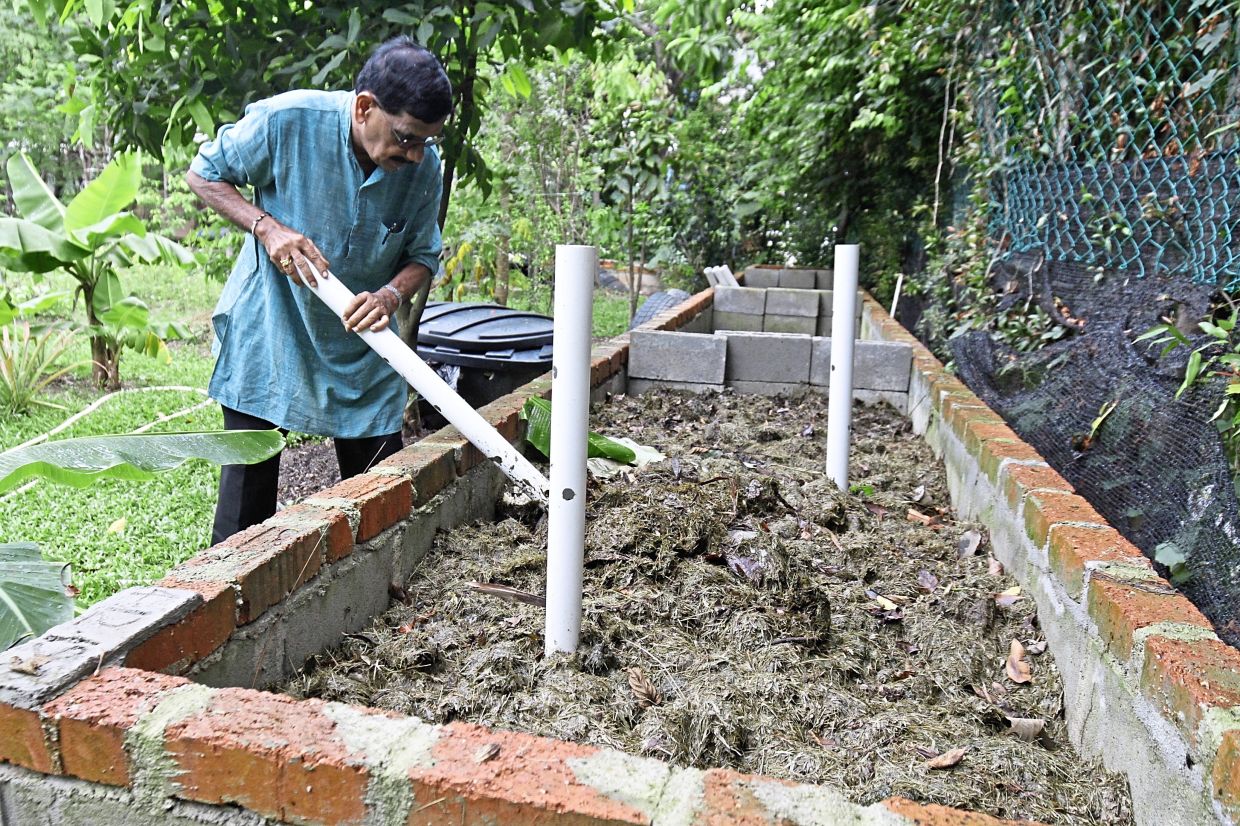 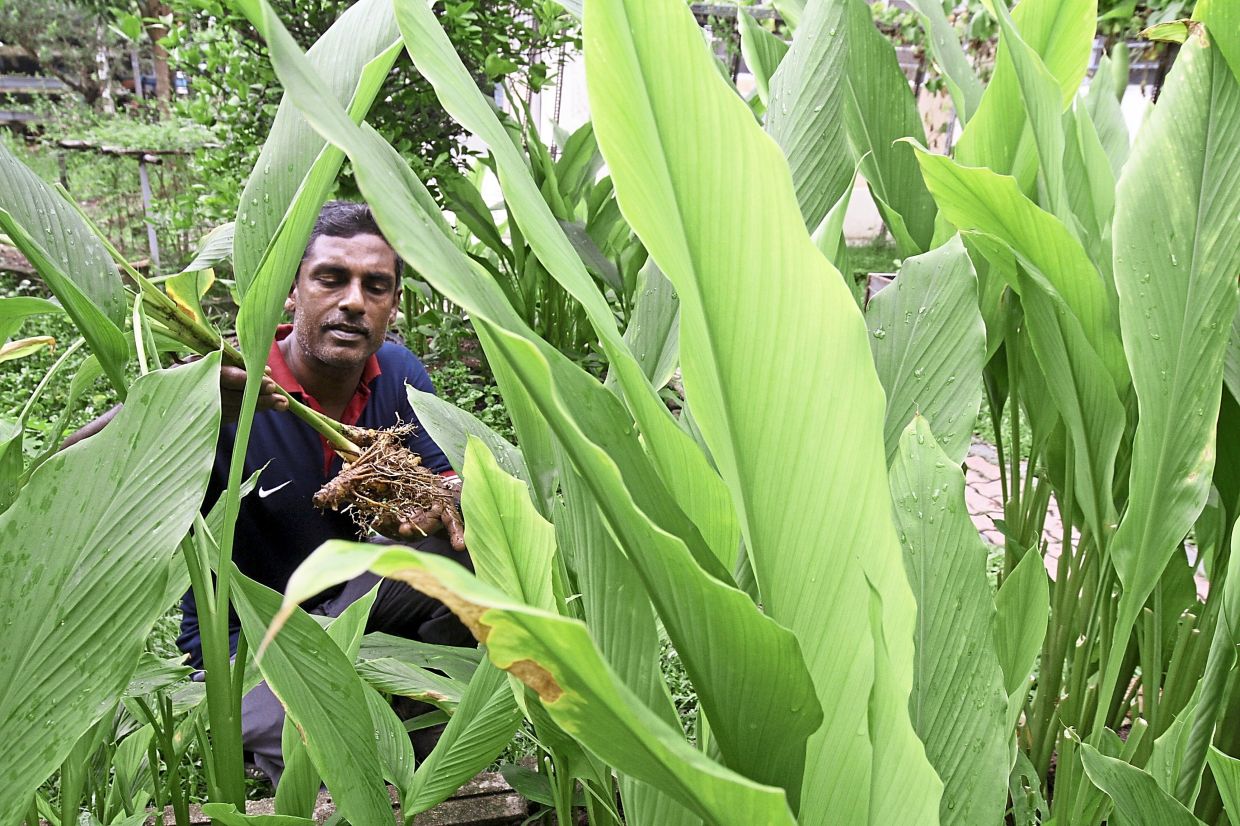 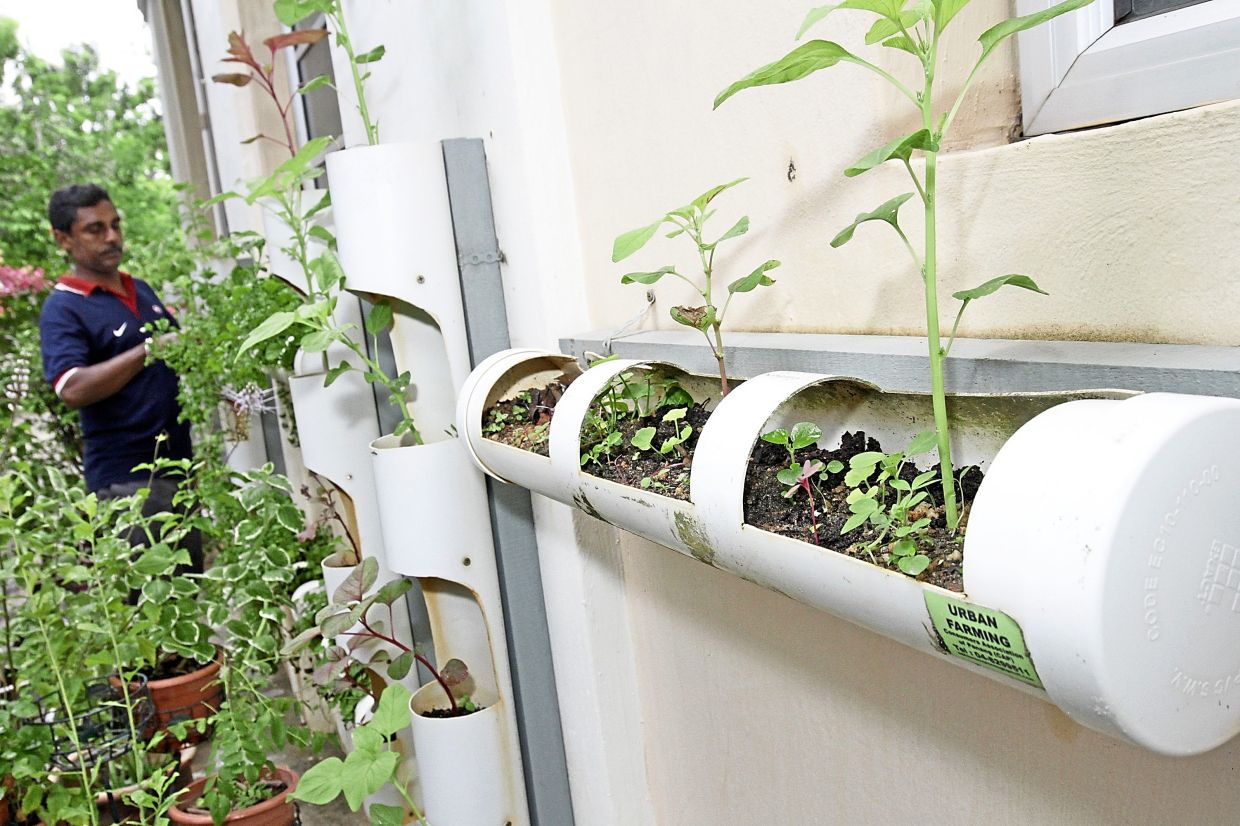 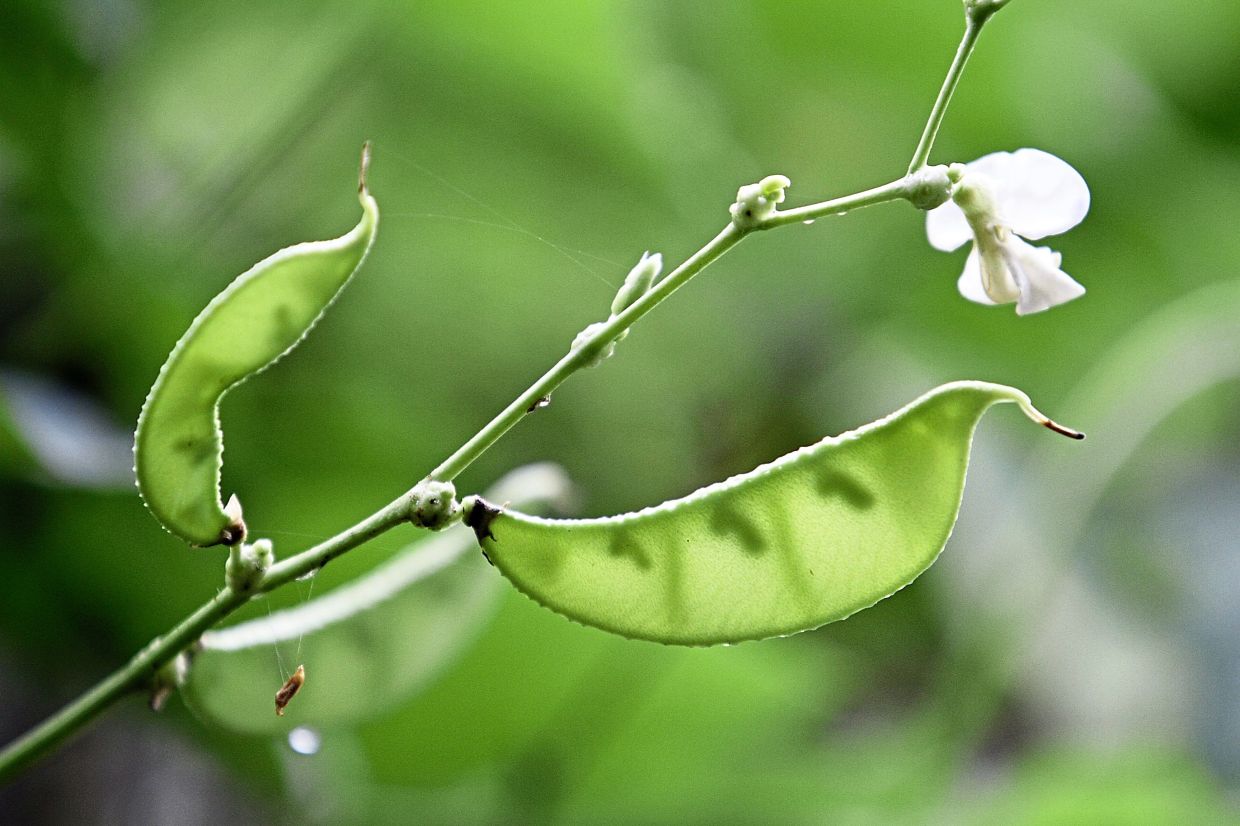 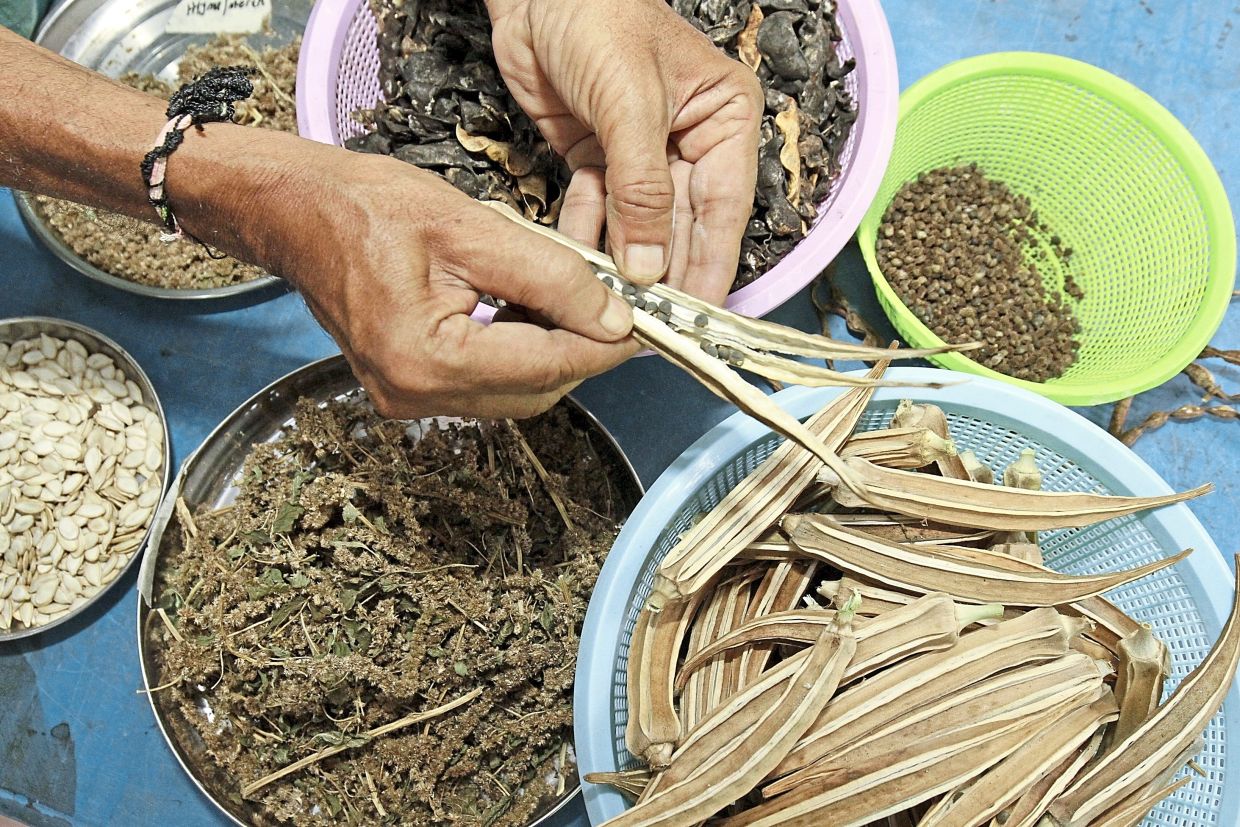 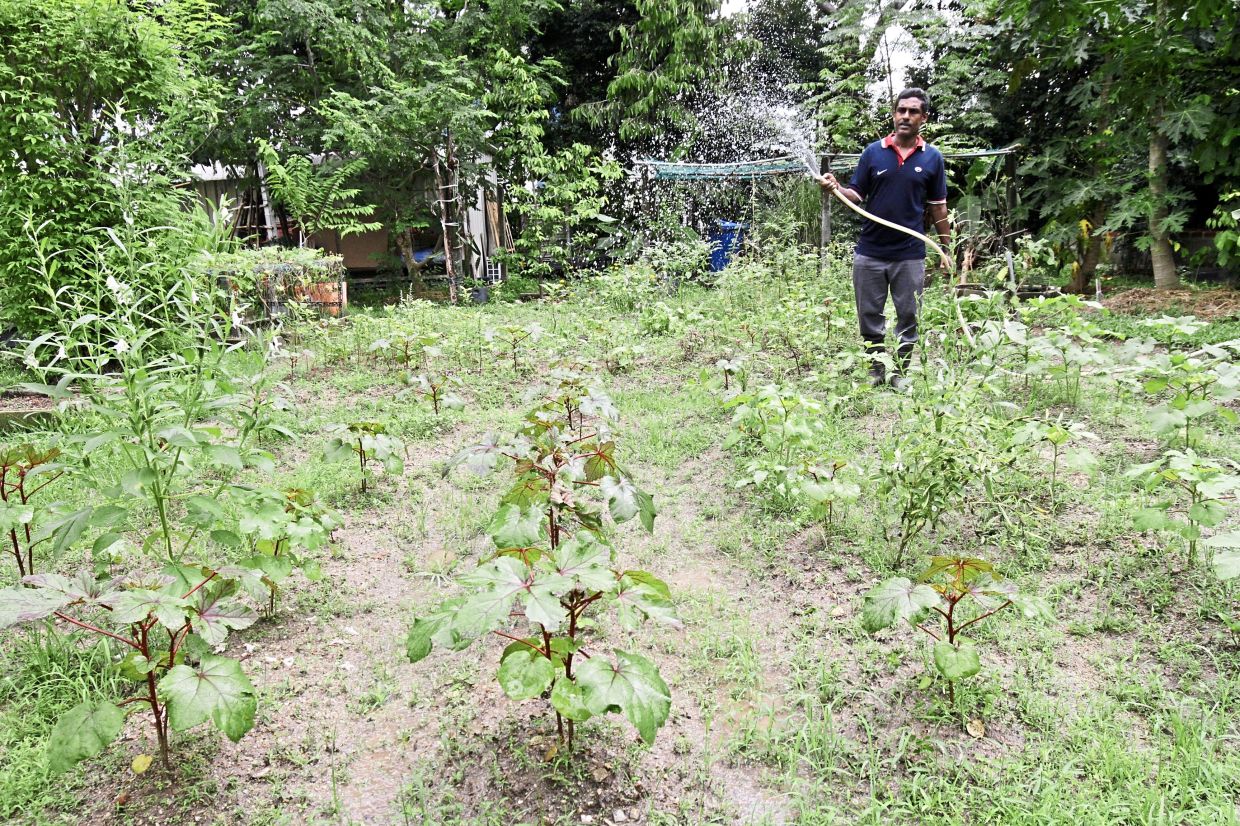 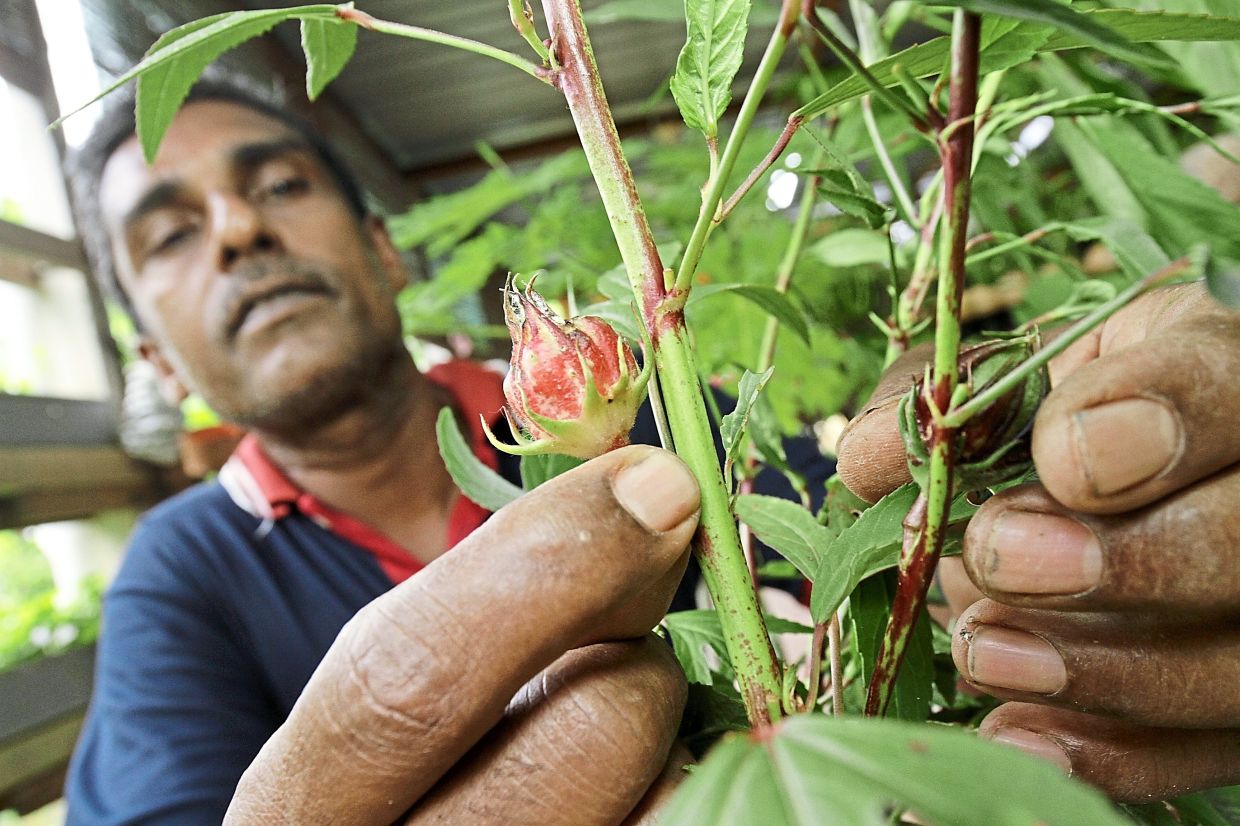 (From left) Sivananthan and Subbarow checking the bottle gourds which weigh between three and four kilos each. They were planted just before the start of the MCO. — Photos: CHAN BOON KAI/The Star

An area specially made to prepare compost for the plants. The compost consists of garden waste, kitchen waste and some cow dung.

A flowering Indian broad bean plant in the garden.

Some of the vegetables like ladies finger, bayam merah and bayam hijau which are purposely dried to get their seeds.

The bayam merah and bayam hijau plants growing well in the garden. 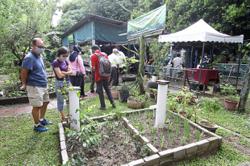 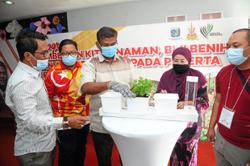 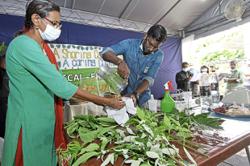