Wong doing restoration work on some of his old film posters.

BEFORE there were machines that handled huge printouts of film posters for movie theatres, these visuals were mostly hand-drawn and painted.

In Ipoh, one such painter is Johnny Wong Kam Weng, who has painted more than 1,000 film posters of various sizes for these cinemas.

Originally from Teluk Intan, Wong, in his 60s, said he began working for Shaw Brothers in the late 1970s painting film posters.

“I had just finished secondary school and got a call from my brother-in-law about a job opportunity.

“He knew that I loved to draw and paint from a young age and asked me to come to Ipoh to paint film posters.

“I never looked back, ” he said during a telephone interview.

One of Wong’s most memorable works was the poster for Sylvester Stallone’s First Blood, which was released in 1982.

“I think it was because I needed to recreate and bring to life his macho face and muscular body. “I was also given the freedom to add some blast effects or a vehicle to fill up the empty spaces in the posters, ” he said.

“Other pieces that I worked on included The Terminator, Jurassic Park, Never Say Never Again, Superman and classic Hong Kong films like Jackie Chan’s Miracles and Project A, ” he added.

Wong said it would take about two days to complete a billboard-size poster while he could draw two smaller ones in a day.

“It was not hard to draw and paint these posters as I loved the job.

“It was enjoyable as there would be a different poster to be painted almost daily, ”

“As long as there were samples of pictures provided by my head office in Kuala Lumpur, I could draw and paint them, ” he recalled.

Wong said he held the job until 2003, when stand-alone movie theatres began to make way for the growing trend of cineplexes.“I kept drawing these posters until my services were no longer needed with the emergence of printing technology.

“But I am still painting and drawing until today, although these days I mostly do murals for my clients, ” he added. 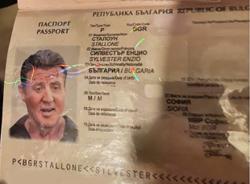