RM13mil in zakat paid out 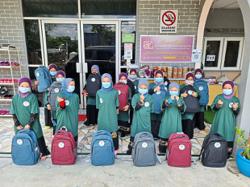 Federal Territories Islamic Council (MAIWP) has used about RM13mil from its zakat fund to provide financial aid to 26,400 people during Ramadan.

“There is a need for the aid to be given early this year to help them adjust to the new normal due to the Covid-19 pandemic.

“We hope that the recipients will make good use of the aid given,” he said after handing over the aid at a ceremony in Masjid Salahuddin Al-Ayyubi, Wangsa Maju, Kuala Lumpur.

Zulkifli also announced emergency financial aid by MAIWP to those whose income had been disrupted by the MCO, with an allocation of RM3.5mil.

MAIWP previously announced that it would disburse zakat payment on the 19th of every month instead of the 25th as was the usual practice before the MCO.

“Meanwhile, through the Musaadah Ramadan programme, MAIWP also gave out basic essential supplies and rice to over 20,000 households in the Federal Territories.

“We hope no one will go hungry during Ramadan,” said Zulifili.

At the event, he encouraged Muslims to pay their zakat online this year, adding that two rates had been set – RM5 and RM7.

“However, there will still be amil (zakat collectors) who will be stationed at mosques to collect payments from those who may have difficulty using the online method,” he said. 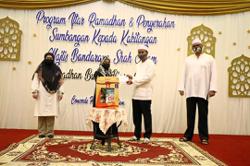