Use reserves for frontliners, S’wak urged

PLEASE blur pix of patient Hospital staff in Miri Hospital are among those in the frontline of the war against Covid-19.

MIRI: Sarawak PKR wants the state government to use its RM31bil state reserves to source for urgent medical equipment and protective gear for frontliners battling the Covid-19 pandemic.

“Now is the time to dig into the reserves to help fight Covid-19 as the infections and fatalities in Sarawak are rising.

“The state must use its finances, even though health matters are under the Federal Government, ” he said.

Pointing to the rise in the number of Covid-19 infections in the state – Sarawak has over 200 positive cases, with 10 fatalities so far – Dr Teo said hospitals here were short of beds and emergency respiratory equipment such as ventilators.

“The frontliners in Sarawak such as doctors, nurses and hospital staff are working non-stop and risking their lives.

“These frontliners need better protective gear for themselves and their immediate families, ” said the Miri MP.

He also urged the government to consider giving more allowances for the frontliners for the extra hard work and risks they were taking.

“The RM31bil state reserves must be used for the rakyat and Covid-19 is of primary concern to the rakyat, ” he told StarMetro.

“We have sent food supplies to the blind and also orphanages.

“We are also sending to those living in squatter resettlement schemes as well as squatter colonies, ” he said.

MPs were given RM100,000 each by Putrajaya as emergency funds to buy food supplies for needy families in their respective parliamentary constituencies.

Dr Teo said he was grateful to the Federal Government for this much-needed allocation.

“It will go a long way towards helping those constituents who are badly affected by the MCO and who cannot earn any income during this time or those who had run out of cash.

Miri has a population of 350,000, of which a sizeable portion live in the six squatter resettlement schemes and eight squatter colonies in the Senadin and Pujut state constituencies. 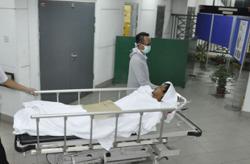 PKR: Make use of RM31bil state reserves to fight Covid-19 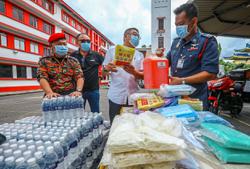