A show of care during hard times

Asojan (fifth from right) and his team of volunteers giving food items to Tangkak Hospital staff.

JOHOR BARU: Charity organisations, individuals and political parties are going out of their way to help the people, especially the poor, who are facing difficulties due to the movement control order (MCO) to curb the spread of Covid-19.

Volunteers are going around to provide aid like food and basic items to those unable to move around.

Some are also donating medicines, food and drinks to hospital staff to show appreciation and to boost the morale of frontliners battling against Covid-19.

The two hospitals are in Johor Baru and Kluang.

Pastor Sebastian Benjamin from Transformation Alliance, a non-governmental organisation (NGO) along with volunteers from the Calvary City Church here have distributed some 600 bags of groceries from about a week ago.

“Besides helping those from the low-income group and the sick, we also distribute groceries to foreigners living in hostels as well as the Orang Asli community.

“The volunteers work in teams to distribute the aid and ensure they practice social distancing, ” he said.

“At times like this, those who are able must help the less fortunate, ” he said.

Foundation chairman Datuk M. Asojan said they started sending food last week as many medical and hospital staff nationwide were working round-the-clock and were unable to go out to get food.

“We distributed mineral water, food, Milo and biscuits to them, ” he said, adding that he personally delivered the items to hospitals in Segamat, Muar and Tangkak as well as government clinic in Bukit Gambir.

Asojan, who is Ledang MIC division chief added that his division was also helping the poor.

“We have given out groceries to more than 100 poor families in my area, ” said Asojan.

He said they had slowed down distribution after NGOs were told not to move around too much during the MCO.

“We have a database of the urban poor. Besides this group, we also help those who approach us.

“The public have also called with information on those in need.

“We try to help as many people as possible, ” she said, adding that public donations helped to fund their activities.

She said among the items distributed included cooking oil, rice and eggs.

Sahabat Johor Darul Takzim founder Mohd Fairuz Muhammad said they have been channeling aid donated by the public to those in need in areas around Pontian.

“We collect donations from the public through announcements on our Facebook page.

“So far, we have helped some 20 families in the area with items such as rice, milk, sugar, cooking oil and flour, ” he said, adding that those receiving the aid included single mothers and those with disabilities.

“They are our frontliners in this pandemic and if they are under-equipped, weak and tired, we cannot expect them to win this battle.

“It is our duty to help them in this fight in whatever way we can, ” he said during his visit to HSA to donate the items to the staff.

Johor Jaya assemblyman Liow Cai Tung said the service centre in her constituency was giving out aid to families in the area to help them cope with the crisis.

“Some 500 packs of basic essentials, worth RM50 each, have been distributed to those in need.

“The aid was distributed to those in the B40 category, the elderly who are living alone, single parents as well as the disabled, ” she said. 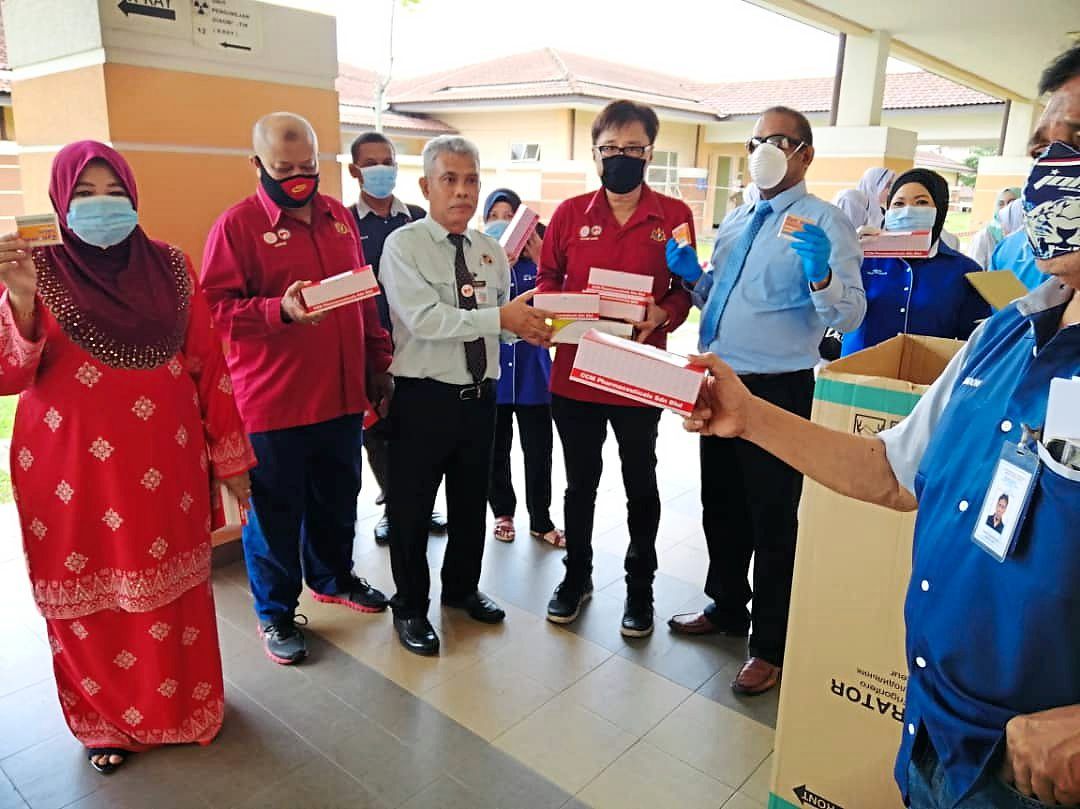 Asojan (fifth from right) and his team of volunteers giving food items to Tangkak Hospital staff.

A volunteer from Transformation Alliance loading aid to be distributed to those affected by the MCO.

Liow (centre) handing out groceries to those in need.

Tay (third from right) giving out medicines to Permai and Kluang Hospital representatives.

All the pieces matter 3h ago 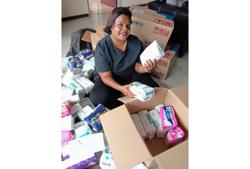 Vegetables and chicken for the needy