Kai Xiang was the overall male champion in the 2km race of the Malaysia Open Water Series in Port Dickson.

SWIMMER Teoh Kai Xiang would often have nightmares of being chased by jellyfish before an open water race.

“When I first swam in the sea during a family vacation in Lumut, two things bothered me — the salty water and things rubbing against my legs. I became really terrified of jellyfish!” exclaimed the 18-year-old from Perak.

Even though being in the sea bothered him, his father Teoh Yee Thuan, 47, said Kai Xiang was determined to start open water swimming.

“He joined his first open water race at Bukit Merah Laketown Resort in 2018 and his mind was so set on getting over his fear that he did not even realise that it was a lake so there were no jellyfish in it, ” laughed Yee Thuan.

Since then, he has continued to excel in the open water circuit, with his latest achievement being the overall 2km male champion in the Malaysia Open Water Series in Port Dickson.

Kai Xiang started out as a pool swimmer and trained under the Perak National Sports Council programme. He has represented the state at Perak School Sports Council and Malaysia Games levels. 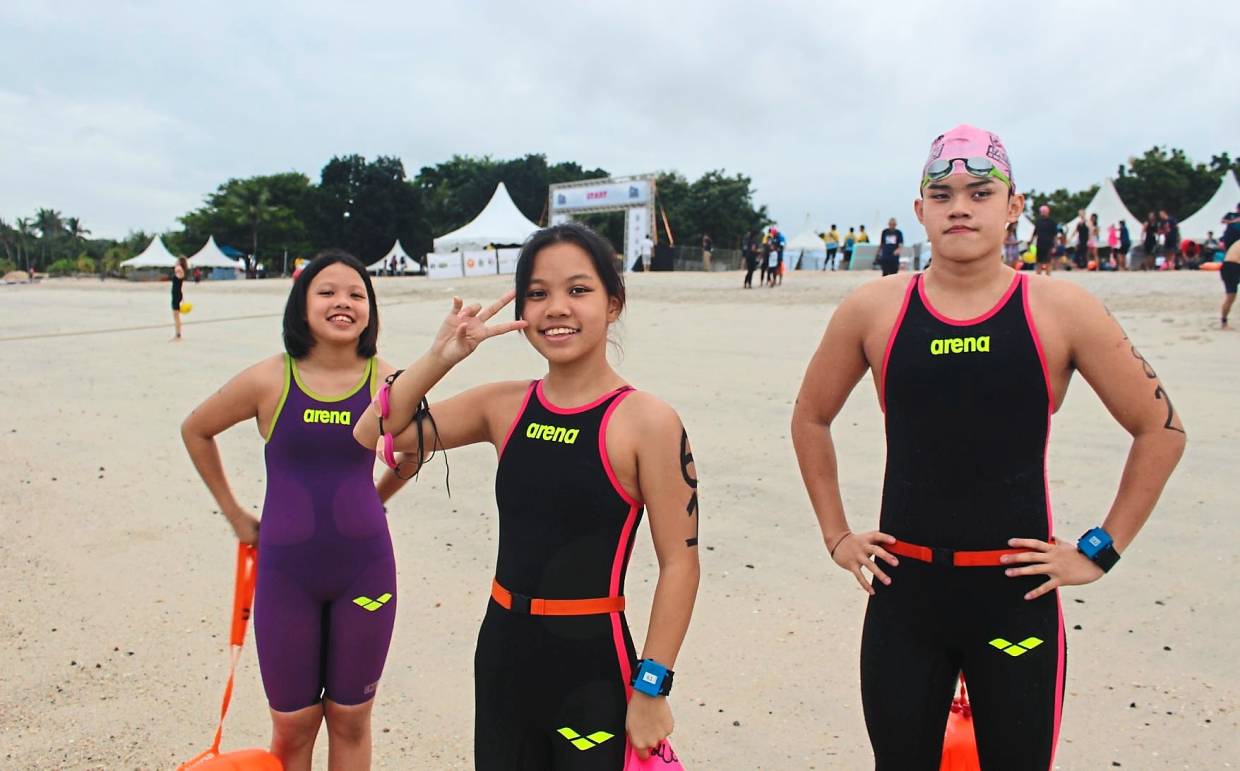 In 2017, he started training under former national swimmer Kevin Yeap, who had won the 10km open water gold medal in the 2017 SEA Games.

“I spent a year training for open water swimming. My proudest moment was when I was selected to represent the country in the FINA/CNSG Marathon Swim World Series 2019 in China, ” said the former SMJK Sam Tet student.

Yee Thuan was an avid swimmer during his time as a student in Universiti Sains Malaysia and he encouraged his children to start swimming at a young age.

“My wife and I have to wake up early to send them for training. They train six days a week.

“We also have to guide them as they juggle between studies and sports, ” said Yee Thuan.

Not one to keep idle, he does light exercises in the morning and swims in the evening while he waits for them to finish training.

Besides the pool sessions, Kai Xiang also trains in the gym twice a week.

Looking ahead, he hopes to represent Malaysia in more open water races regionally and internationally.