An excavator clearing earth beside a main road in Kuala Lumpur.

WHEN a huge hole appeared on the busy intersection of Jalan Imbi and Pavilion Kuala Lumpur five years ago, causing traffic chaos in the business district, initial reports by the authorities were vague.

There was lots of finger-pointing as to who or what had caused the gridlock at the major thoroughfare serving the city’s bustling Golden Triangle.

The reason for the 10m-deep sinkhole was eventually traced to an old underground water pipe that had burst due to earth movements from construction works nearby.

Concerned over the spate of sinkholes, Kuala Lumpur mayor Datuk Nor Hisham Ahmad Dahlan ordered an inter-agency study with utility companies in order to map out the numerous cables and pipes running underneath Kuala Lumpur.

Since the incident last year, Nor Hisham told StarMetro that Kuala Lumpur City Hall (DBKL) had managed to come up with a basic framework, but there were still a lot of data to gather as the city’s reticulation system was over 50 years old.

He said Kuala Lumpur did not have a proper underground utility mapping system.

“The current data we have may not be accurate since the records could be old and no longer reliable.

“For example, an old water pipe that might have been buried 1.5m about 30 years ago could now be much lower due to development and road tarring over the years.

“This is not good; if we don’t know what is buried underground, it can lead to problems for road users, DBKL and utility contractors too,’’ he said.

The mayor added that this would also delay construction projects, because not knowing what lied underneath meant that contractors would take a longer time to complete work.

The city has seen many of its projects derailed for months, some even years, due to unforeseen infrastructure buried under the city.

One example is the multi-million-ringgit Bulatan Dato Onn project. Called Jejak Warisan, the beautification project was stalled for more than two years due to telecommunication cables underground.

Another one is the flood mitigation project along Jalan Bangsar which hit a snag when contractors hit a Air Selangor pipe running underneath.

The work had to be pushed back several times with DBKL claiming that the problem was beyond its control.

Not many know that apart from DBKL, information on what lies beneath the ground can be sought from the Survey and Mapping Department (Jupem). Due to challenges faced during realignment work of utility facilities on road reserves in the early 1990s, the government decided to appoint Jupem to compile and manage all underground utility data in the country.

However, Jupem is not a regulator but merely a repository of information comprising data of water and sewerage pipes, gas, power and telecom cables.

Agencies like the Public Works Department (JKR), DBKL and utility companies that carry out the mapping are required to update the data with Jupem from time to time.

Laws pertaining to these mappings are governed by the Street, Drainage and Building Act 1974,

According to Jupem, there are thousands of pipes, cables and conduits transporting water, sewage, electrons and gas through pipes and cables under the city’s pavements.

The bulk of them are pipes that belong to Air Selangor and Indah Water Konsortium, telco cables as well as a small number of gas pipes.

Jupem said each cable was buried at different levels; for instance the fibre optic cables from telecommunication companies were buried between 0.2 to 0.5m while the sewer pipes were usually 2m deep.

Another technology is the use of Mobile GPR for quick and efficient data gathering under restrictions.

Jupem said there were discrepancies in some of the data it received from third parties; and that at times additional detection and survey of underground utilities had to be performed to upgrade the accuracy of the data it had.

MMC-Gamuda Mechanical and Engineering department senior manager Ho Jit Poe said the onus was also on the utility companies or service providers to update government agencies such as DBKL once they had laid out their cables.

Most service providers tend to have a map of their networks but according to a DBKL engineer, service providers are reluctant to share information with one another or with third-party contractors as they expect the contractor to carry out their own mapping first.

“This is probably because they do not want to be held responsible if something were to happen in the event the data that they provided is found to be inaccurate,’’ he said, adding that most of the time the data was only 60% to 70% accurate.

Often in the absence of reliable data, contractors who are not familiar with Kuala Lumpur’s history are presented with surprises like what was discovered in 2015 by a group hired by DBKL to fix a collapsed wall.

The contractors discovered a labyrinth of tunnels believed to be centuries-old stretching from Bukit Nanas to Sungai Klang.

The 10m-long tunnel was believed to be used as an escape route during the Klang Civil War in 1866.

In 2016, during the upgrading of the century-old Masjid Jamek in Kuala Lumpur as part of the River of Life (RoL) project, workers stumbled upon more than 40 tombtones believed to be from the early 18th century while digging.

The tombstones were made from marble, granite and sandstone.

The site was formerly a Muslim cemetery dating back almost 200 years, and the workers were at a loss as to what to do. Ultimately, the RoL conservators were brought it to deal with the matter.

With all these unforeseen discoveries, there is indeed the need for an agency to act as a regulatory body to oversee and work side by side with the local authorities and service providers.

“It is about time we had one; a one-stop centre that anyone can go to for updated data. So when disaster strikes, the authorities know where to start looking,’’ Ho said, adding that the Jalan Imbi sinkhole incident could have been better handled.

It is almost always a bane for residents who have to deal with construction and road digging in their neighbourhood that result in more congestion and inconvenience.

However, the process is not easy and often beyond the control of the contractors or DBKL.

According to Ho, before construction starts, it takes at least 18 months to map out the underground infrastructure around the area to be developed.

“Old urban areas are the most challenging to work with,’’ Ho said, adding that they faced the biggest challenge mapping out the Bukit Bintang area when they were constructing the MRT line.

There were layers of pipes and utility cables, and the fact that it was located in an area with heavy traffic made things even more difficult.

Ho explained that before starting any physical work, construction companies would first engage a utility mapping company which had all the expertise, equipment and technology to carry out the job.

Once the company completes the mapping of a site, they will verify the information with service providers such as TNB and Telekom Malaysia,’’ he said.

This information will be reflected in the drawings which will be used by the consultants to work out a design to relocate the utilities from the construction site.

The relocation design will then be shared with the service providers.

Most service providers will engage their own panel of contractors to do the job.

Permission will be needed from DBKL to excavate the site and when permission is obtained, contractors are given a stipulated time to carry out work to minimise traffic disruption.

“It is our commitment to the stakeholders not to disrupt their lives too much and be a responsible company,’’ he added. 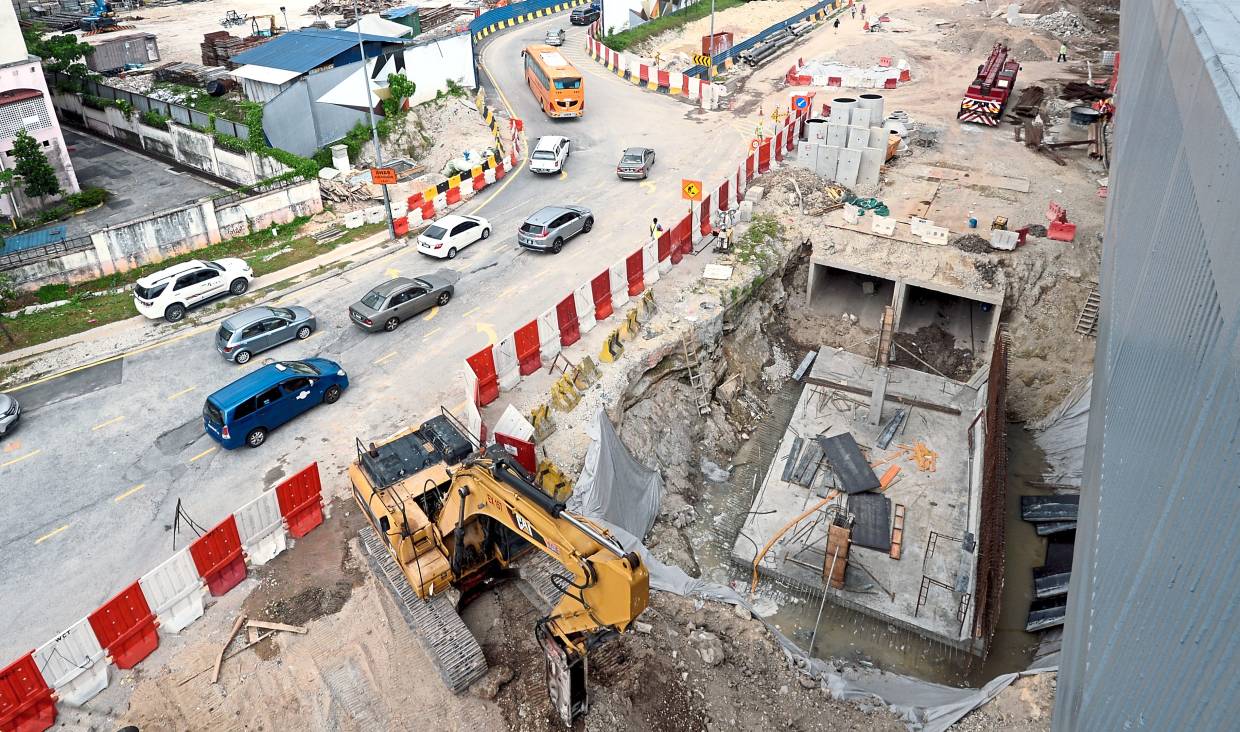 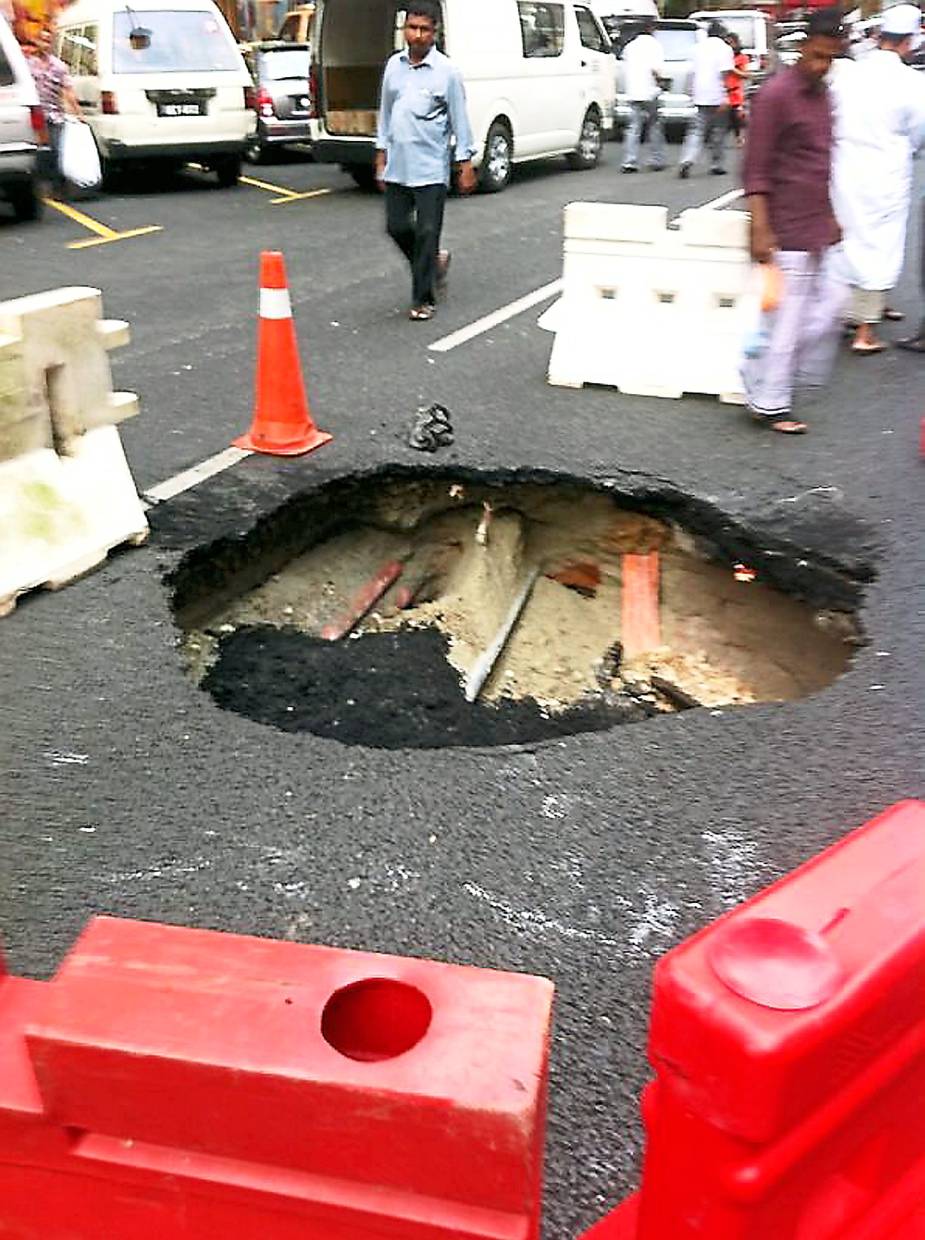 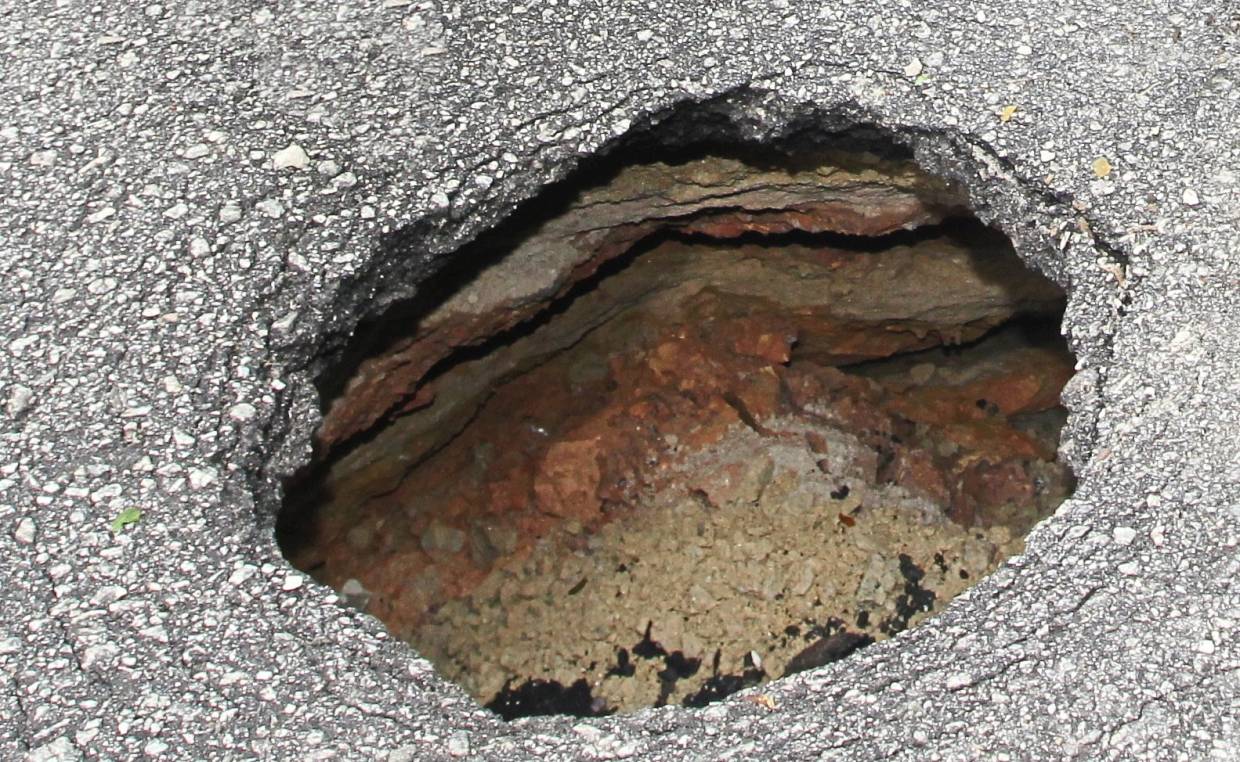 An excavator clearing earth beside a main road in Kuala Lumpur.

A sinkhole near Malaya Mansion in Jalan Masjid India a few years ago was believed to have been caused by pipe repair works by a utility company. — Filepic

Contractors are required to scan for underground pipes and cables and relocate them before excavation work is carried out.

Ho says the onus is on the utility companies or service providers to update government agencies like DBKL once they have laid out their cables and pipes.

A sinkhole appeared on Jalan Tuanku Abdul Halim on October 21 last year due to a broken culvert running across under the road.-Filepic

Nor Hisham says there is still a lot of data to gather as Kuala Lumpur’s reticulation system is more than 50 years old.

A secret escape tunnel built by the people of Mandahiling found at Bukit Nanas in Kuala Lumpur in 2015 by workers hired by DBKL to fix a collapsed wall. — Filepic

A Masjid Jamek staff seen with some of the gravestones discovered in 2016 , during the upgrading of the century-old Masjid Jamek in Kuala Lumpur, as part of the River of Life (RoL) project. Filepic