Board game that celebrates our Malaysian identity.

The word-matching game is best played by a diverse group of Malaysians just to see how much they have in common.

MALAYSIAN Trixie Khor came out with the idea for The Lepak Game when helping her then boyfriend Stephen Hanlon navigate life in Malaysia in 2009.

The 34-year-old social entrepreneur never realised how Malaysian she was until she met Hanlon, 37, who is from the United States.

The couple met in Penang and are now married and living in Petaling Jaya.

“Through this process of helping Stephen ‘become Malaysian’, I rekindled my own appreciation for my Malaysian identity.

“The combination of distinct cultural elements from the various races is what makes us Malaysians.

“Long before we had the idea for The Lepak Game, we already had a desire to connect people from the different races in genuine friendships,” she said in an interview.

Khor recalled a moderation survey done by The Star in 2005, which asked Malaysians how they identified themselves. 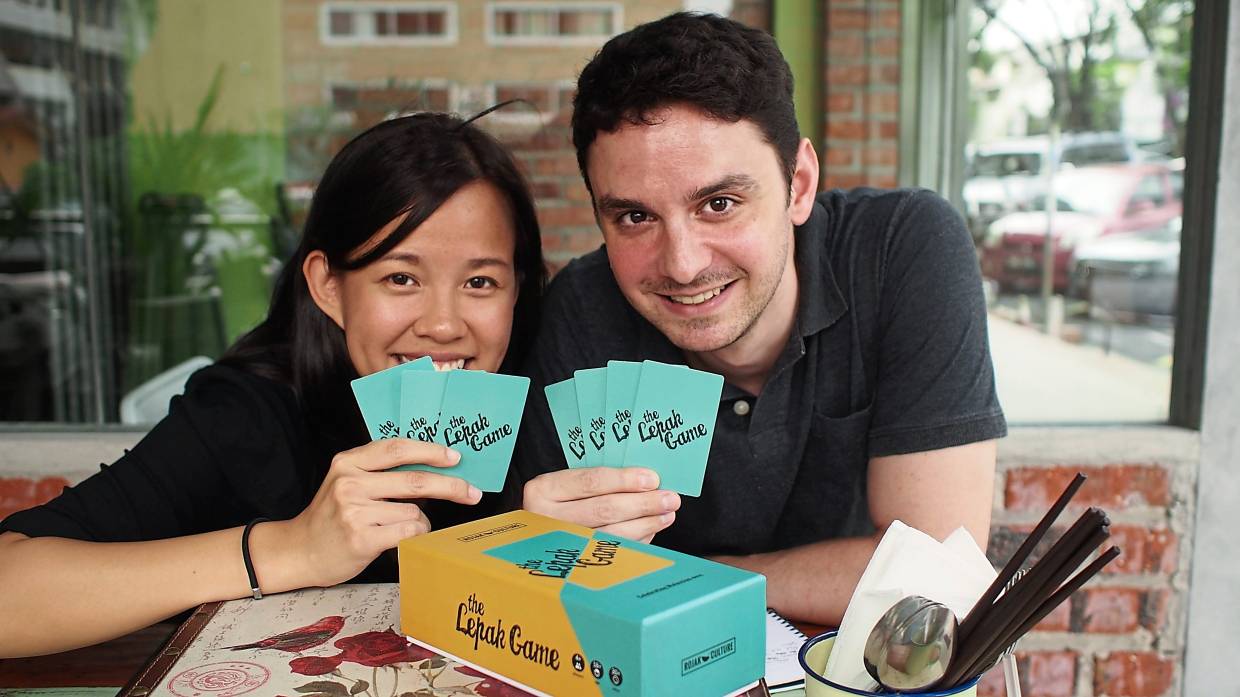 “One of the impactful things for us from the survey was that over 90% of respondents indicated that they wanted to build relationships with Malaysians of different races but they didn’t know how to go about it.

“As an interracial couple ourselves, we know both the joys and struggles that come with connecting across cultural divides.

“We wanted to provide Malay-sians with a fun tool to celebrate being Malaysian and build new friendships,” she said.

The Lepak Game is a simple word-matching board game about the essence of Malaysia and is better played with a diverse group of Malaysians to see just how much they have in common.

Khor said for non-Malaysians, the game serves as a way to understand Malaysia better and connect with local friends.

“You will need at least four players and a game should take about 20 minutes.

“Each player is dealt eight blue cards and then a boss is chosen. The boss will open a yellow card from the deck which serves as a prompt.

“Then the other players will respond to the yellow card with one of the blue cards from their hand.

“There’s no right or wrong answer, it is all in how the players bodek the boss to choose the winning card.

“The boss chooses the blue card he likes best and the player with that card is rewarded with the yellow card.

“Then another boss is chosen and the game continues in the same way.

“First player to get four points wins although groups usually like to keep playing and forget about keeping score,” she said.

“Through the conversations that arise while playing the game, commonalities are celebrated while differing viewpoints can be heard and understood.

“Players can agree to disagree, and individual narratives can be heard and valued,” said Hanlon, who is also a social entrepreneur.

It took the couple only a few weeks to come out with their first prototype, which was an old mooncake box full of handwritten cards.

“There are so many things that make Malaysia unique and we asked our Malay, Chinese and Indian friends to give their feedback to add more great content.

“The real challenges came when we started manufacturing the game but we made it through and managed to launch the game in the market,” said Khor.

She shared that although the game was launched in 2015, youths were “still crazy over the game”.

“We collaborate with local designers and participate in bazaars and play sessions.

“We know that people must still be playing it as we have sales and online references to it,” she said. — By LIEW JIA XIAN