THE request for an extension on the objection period for a proposal to degazette the Kuala Langat North Forest Reserve (KLNFR) is to develop proper documentation of the real value of the forest and adequately consult the local community, says the Coalition for the Protection of Selangor’s Forests.

The coalition, comprising seven environmental and social NGOs, said more time was needed as many people had not been aware of the 30-day notice inviting stakeholders in Kuala Langat to voice their objections.

Treat Every Environment Special (TrEES) director Leela Panikkar said the notice was only published once in two local newspapers.

“The sudden notice and short one-month period given for stakeholders to submit their objections shocked us.

“Most local people in Kuala Langat District were not even aware of the announcement, but many signed objection letters when informed of the proposed degazettement.

“This notice is something new to Kuala Langat residents. The information provided in the proposed degazettement notice is not comprehensive and does not facilitate public understanding.

“Hence, the one-month notice is too short,” she said in a statement.

According to Leela, the state government had refused to extend the deadline and only acknowledged the receipt of 13,000 objections.

“The coalition actively collected objections from the public and local residents of Kuala Langat district in the form of online petitions, petition forms, objection letters and emails.

“In 20 days, we collected a total of 43,502 objections, consisting of 14,422 individual objection letters and 29,080 signatures from the coalition’s online petition.

“These objections were submitted to the Selangor Mentri Besar’s Office, Selangor Forestry Department and the office of state environment, green technology, science and consumer affairs committee chairman Hee Loy Sian on March 4,” she said in the statement, adding that the coalition of Orang Asli communities from four villages also submitted their objections against the proposed degazettement on Feb 26.

Global Environment Centre director Faizal Parish concurred that the 30 days given to make detailed objections over such a major proposed development was too short, especially when the state government was not aware of the real value of the forest reserve.”

The coalition was responding to comments by Hee on March 5 that the 30-day notice inviting stakeholders in Kuala Langat to voice their objections was sufficient, adding that 13,000 people had sent in their objections. The objection period ended on March 5.

Hee also said that the state would now call for a public hearing, which he would chair, that was expected to be held in early April.

The coalition said it had sent an official letter to the Selangor Government on Feb 27 requesting for extension of the objection period according to Rule 8 (3) of the Public Inquiry (Selangor) Rules 2014 that allow for such an extension.

“KLNFR is of national interest. The objection of the degazettement should not be limited to Kuala Langat residents only,” Faizal emphasised.

“The district of Sepang is less than 20m from the forest reserve but the residents in Sepang are unable to participate in the objection.

“It is the same for Klang district, which is approximately 5km from the forest reserve.

“The Kuala Langat forest is a priceless state resource. Everyone from Selangor should have a say on the state government’s proposal,” he reiterated.

The coalition maintains that the KLNFR is an Environmentally Sensitive Area (ESA) – Rank 1 under the Third National Physical Plan and Disaster Risk ESA under Development Goal Policy 16 (MP16) in the Selangor State Structure Plan 2035.

It is also designated as a conservation area under the recently gazetted Local Plan for Kuala Langat District.

No development is allowed in Rank 1 ESA to prevent serious environmental, economic and social impacts.

The proposed degazettement of KLNFR is also not in line with the National Action Plan for Peatlands (2011-2020), the National Policy on Biological Diversity (2016-2025), the Land Conservation Act 1960 (Act 385) related to conservation and protection of environmental resources as well as Malaysia’s obligations under international agreements and conventions.

It was earlier reported that the Selangor Government was planning to degazette 97% of KLNFR to allow for mixed development.

Selangor Mentri Besar Datuk Seri Amirudin Shari had said the state government would replace the 931ha to be degazetted.

He added that some 40% of the area proposed for degazettement was damaged by fire and no longer considered virgin forest. 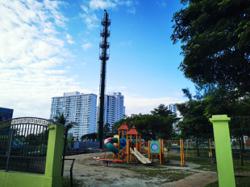