Free Kuntum magazine for some schools 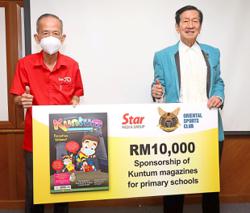 PRIMARY schoolchildren from some schools in Nilai will soon be getting their hands on free copies of Kuntum magazine, thanks to the generosity of MK Curtain Bhd.

Carried out as part of its corporate social responsibility (CSR) programme, the home-grown, one-stop curtain company sponsored RM30,000 worth of magazines for the children.

“As a company, we have always prioritised our CSR projects and this is one of them.

“Our aim of sponsoring the magazines is to raise awareness on the importance of reading among the young and to widen their capacity for learning, ” said MK Curtain managing director Datin Moon Sze Fui, after handing over a mock cheque to Star Media Group Bhd group marketing senior general manager Christine Chang.

Sze Fui added that the company had been giving back to the community for many years now.

They have fitted over 30 Chinese vernacular schools nationwide with curtains, to give the classrooms or halls a fresher look.

“We decided to focus on Chinese vernacular schools because they do not get much funding from the government, so we do what we can to help, ” she said.

Sze Fui, who is from Tampin, Negri Sembilan, has also fitted her former school with new curtains. Her husband, Datuk Dr Calvin Khiu from Muar, has also done the same.

The husband-and-wife team have been in the business for 15 years and owe their success to hard work and dedication.

The company now has over 30 branches nationwide and plans to expand in the coming years.

“I am also very excited to announce that we have finally fulfilled our long-time dream of opening an old folk’s home. It was finally opened in Nilai this year, named Pertubuhan Kebajikan Zhen Ai, ” she added. 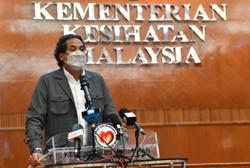