The non-governmental organisation’s environmental bureau — “Eco Warrior” — have made decorative bags from plastic wrappers and recycling bins that look like bird cage.

ICW president Assoc Prof Dr Richard Ng said the projects would help reduce the number of plastics that end up in landfills.

The first project, he said, involved the conversion of plastic wrappers, including rice bags, into decorative bags.

These bags will be able to hold containers made from recycled water bottles planted with anti-pollutant houseplants.

“Money, snake, spider and aloe vera plants are planted inside these containers which can be placed in offices or houses,” he said, adding that the plants were easy to maintain and could absorb carbon dioxide.

“These bags are made by senior citizens, and an average sized decorative bag requires about six rice plastic bags to make.

“The bags are sold to generate income for the projects.

“Thus plastic wrappers such as rice bags, detergent bags and even 3-in-1 coffee or tea sachets that have no value to recyclers are bought from the public between three and 50sen each,” he added.

These bags for plants are made by senior citizens under Ipoh City Watch’s project.

He said to-date, the project which was launched in September last year, had salvaged over 1,000 pieces of bags.

“To support the environmental project and instead of giving away fruit baskets or flowers, the bags can be given as door gifts or souvenirs during official functions,” he said.

Ng added that ICW offered free workshop and training on ways to make such decorative bags to the public during the monthly Ipoh Car Free Day.

“Workshops are also conducted free at the invitation of other non-governmental organisations and schools,” he said.

Ng added ICW’s other project was the “bird cage” recycling bin that were placed in public areas and schools.

Each bin, with a diameter of between 3ft and 4ft in height, was able to accommodate between 300 and 500 bottles, he said.

Ng added that the public could drop their empty mineral water bottles and cans, that would be collected by designated recyclers, into the bins.

“Proceeds from the sale of the bottles will either go to the respective school’s Parent-Teacher Association or to ICW.

“I hope the public will support both projects, which are awaiting the Social Enterprise Accreditation by the Malaysian Global Innovation and Creativity Centre.

Ng urged corporate companies to support the initiative by sponsoring the bins or buying the decorative bags as souvenirs.

He said the public could also start collecting rice or detergent plastic packaging to get cash from ICW. 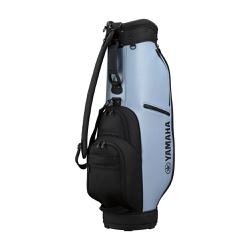