THE company licensed for the active mobility solutions pilot project in Selangor will start with providing between 100 and 200 dockless bicycles in Shah Alam this month.

Anywheel expansion and partnerships head Johan Sammy said the Shah Alam project would see a six-month trial period in which his team would focus on understanding user profiles and behaviour patterns on the bicycle lane as well as gather community feedback.

He revealed that a small fleet of e-scooters would be introduced just for Shah Alam City Council (MBSA) as a showcase effort as well as for the council employees and enforcement officers to move around the city.

“Although Shah Alam has a fairly well-connected bicycle lane and infrastructure, we find they are not suitable for e-scooters and that is our main concern, which is users’ safety.

“We have highlighted that issue during our discussions with MBSA, as uneven surfaces, manholes, sharp bends and slippery stretches pose a hazard to e-scooter riders.

“In addition, it is important that we take into consideration how the introduction of e-scooters will impact and affect other existing users. Johan: “The challenge here will be the road condition, gradients and traffic.”

“We do not want to see here a similar situation as what happened in Singapore where e-scooters shared the same path with pedestrians and cyclists, ” he said, adding that Anywheel had set a maximum speed limit of only 15km/h for its e-scooters in Malaysia.

There were accidents in Singapore involving e-scooters, one of which resulted in the death of an elderly person.

On the Bukit Damansara project, Johan said the aim was to create awareness and get the local community to adopt a new mode of travel instead of driving.

“Our priority is to connect residents and workers in the commercial area to nearby train stations, shops and places of interest in Bukit Damansara, ” he said.

“The challenge here will be the road condition, gradients and traffic, so we are still in the midst of identifying the operating zones, connectivity and routes that are safe for users to travel using our e-scooters.

“We expect to complete the study soon and we will present the proposal to Kuala Lumpur City Hall (DBKL) for their approval to operate.

“We are looking at late February or early March to start this project in Kuala Lumpur.”

Johan is confident that Anywheel’s active mobility projects in Malaysia will be different from earlier failed projects such as oBike.

“The biggest difference here is that we work closely with the Federal Government, local authorities and Urbanice to identify areas to start trials, create awareness and make mobility affordable as well as sustainable in Malaysia, ” he said.

“Together with Urbanice Malaysia, we will first identify zones in a city where we can start a trial programme, followed by a feasibility study of implementation.

“The whole process, including approval from local authorities, usually takes three to six months before we hit the ground with our devices.

“The number of devices we deploy in each zone varies according to the area size, population density, infrastructure and connectivity.

“For each trial project, we will develop and monitor the metrics with our partners to ensure the trial is on the right trajectory, which translates to successful adoption of the new mode of mobility in the local community, ” he reiterated.

Johan said the projects in Penang, Shah Alam and Bukit Damansara serve as testing grounds for Urbanice and Anywheel.

“We are looking at connecting residential areas and offices to public transportation nodes or places of interest.

“We will work with local authorities to identify routes and build lanes in a zone.

“When there is more than one zone in a district, we start to look at inter-zones connectivity, ” he explained.

“We are definitely looking forward to having our presence in every city in Malaysia.

“Several local authorities have approached us and we are at the stage of feasibility studies, ” he said, adding that Anywheel was taking a localised approach for each location.

Johan said the company would work with local authorities on the regulations and guidelines governing active mobility usage.

In the absence of one, Anywheel will fall back on the guidelines in countries such as Singapore and Australia. 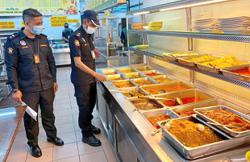 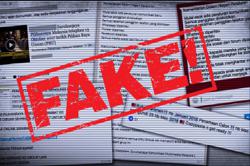 Shah Alam’s Section 6 not under lockdown