WITH the Klang Muncipal Council (MPK) president’s seat still vacant after former president Datuk Mohamad Yasid Bidin was transferred in November last year, the town is waiting in anticipation for the person who will be taking over.

Seeing as how MPK covers a very large area, many are hoping that the future president will be someone equipped with experience and efficiency in handling council matters along with community issues.

These include rubbish, cleanliness, basic infrastructure, safety and the town’s overall image.

Some even voiced expectations that the next president will improve services and get Klang upgraded to a city.

Talk of the town becoming a city has long been discussed, even before the former Subang Jaya Municipal Council (MPSJ) showed interest in upgrading with the latter getting confirmation of its city status just before 2019 ended.

When StarMetro spoke to people on the ground, most of them said they want the incoming council chief to be more people-friendly and efficient in tackling daily grouses, especially regarding cleanliness, rubbish collection and contractors appointed for infrastructure upgrades or repairs.

Many Klangites were not too happy over the shoddy work of contractors over the past few years.

And although cleanliness had improved around town, they said it was not consistent.

Currently, the council is headed by acting president and MPK secretary Elya Marini Darmin who has hit the ground running ever since stepping up to the role.

According to officers in the council, she is always on the go and “fast and furious, like a monorail.”

Ever since taking over the helm in November, Elya who was previously Selangor Land and Mines Office deputy director, already has a few plans in mind while working hard to implement initiatives that can help improve the town.

One of them is the illegal dumping whistleblower programme that she implemented recently.

Her idea is for the public to help MPK officers nab irresponsible culprits who dump waste, including domestic and bulk waste, by the road side or anywhere illegally.A hotline has also been set up for the public to call in with information so that officers can take action against offenders.

Video footage or photographs are also encouraged so that these culprits can be nabbed by authorities and effectively brought to book.

When StarMetro asked councillors and a few assemblymen about who they thought would likely be the perfect fit, they declined to give specific names but some noted that the current acting president looks promising.

Elya is liked by many in Klang and is active in residents’ WhatsApp chat group. She also has the advantage of being able to speak Mandarin.

If the state government does appoint Elya as MPK president, she will be the fourth woman heading a local council in Selangor.

The first was Datin Paduka Alinah Ahmad who became Petaling Jaya mayor in 2013, which simultaneously made her the first woman mayor in Malaysia.

Current MPSJ president Noraini Roslan, who was sworn-in in early 2018, was next to be chief of a local council and Kuala Selangor District Council president Rahilah Rahmat followed shortly after.

When contacted, Selangor local government, public transport and new village development committee chairman Ng Sze Han said no candidates had been shortlisted yet for the vacancy at MPK.

“It is too early to know at this point in time, but we do have a few qualified candidates from various departments who can take over the post, ” he said.

Ng added that no deadline had been set for when the next president should be sworn in.

There is no telling how long the seat will be left vacant. It was once unfilled for three-and-a-half years in 2010.

That was when former president Datuk Mislan Tugiu’s term ended and the vacancy was temporarily filled by council secretary Ikhsan Mukri who became acting president.

During his two-year stint, Mohammad was considered a strict president who was known among council staff as a no-nonsense disciplinarian.

Whoever the new MPK president is, the individual will have their work cut out for them as ratepayers’ expectations are high with ongoing projects such as the Padang Chetty redevelopment and construction of the LRT line to be monitored until fruition and long-standing problems like flooding to be resolved. 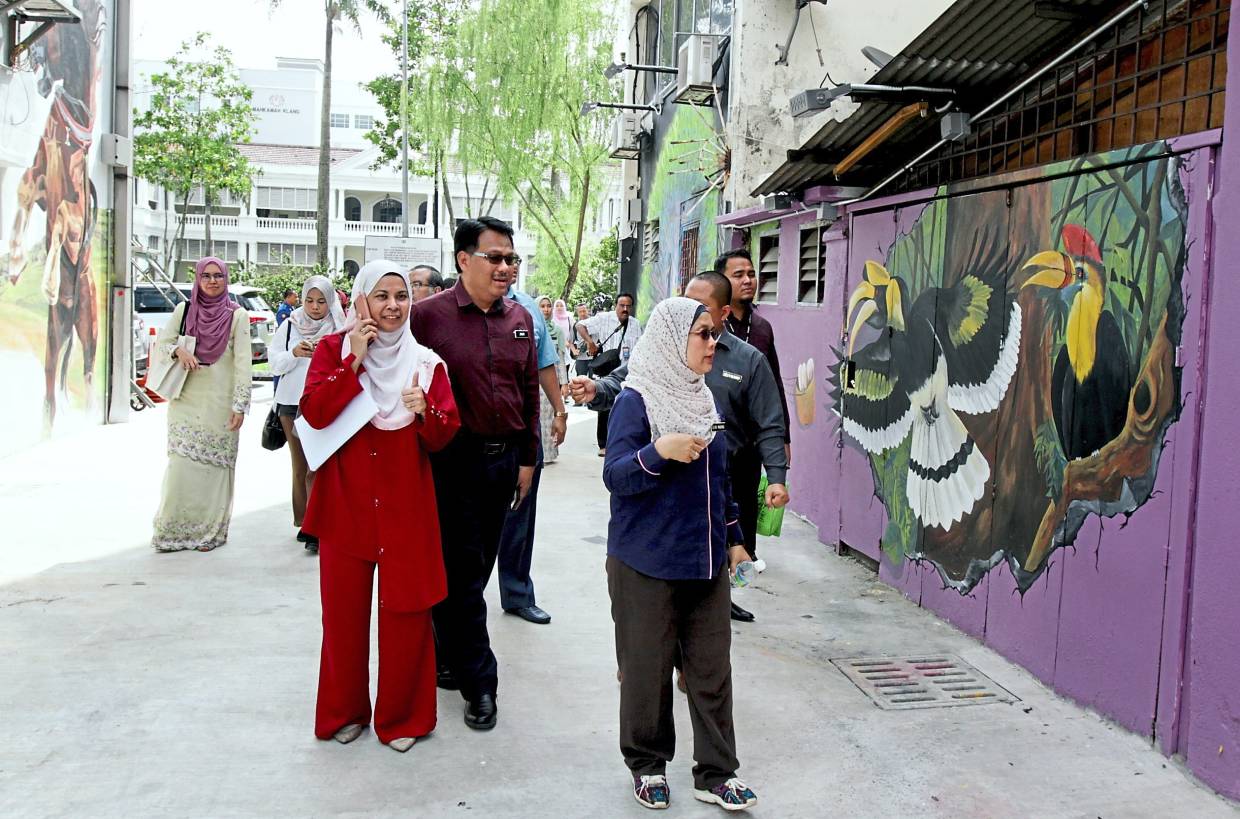 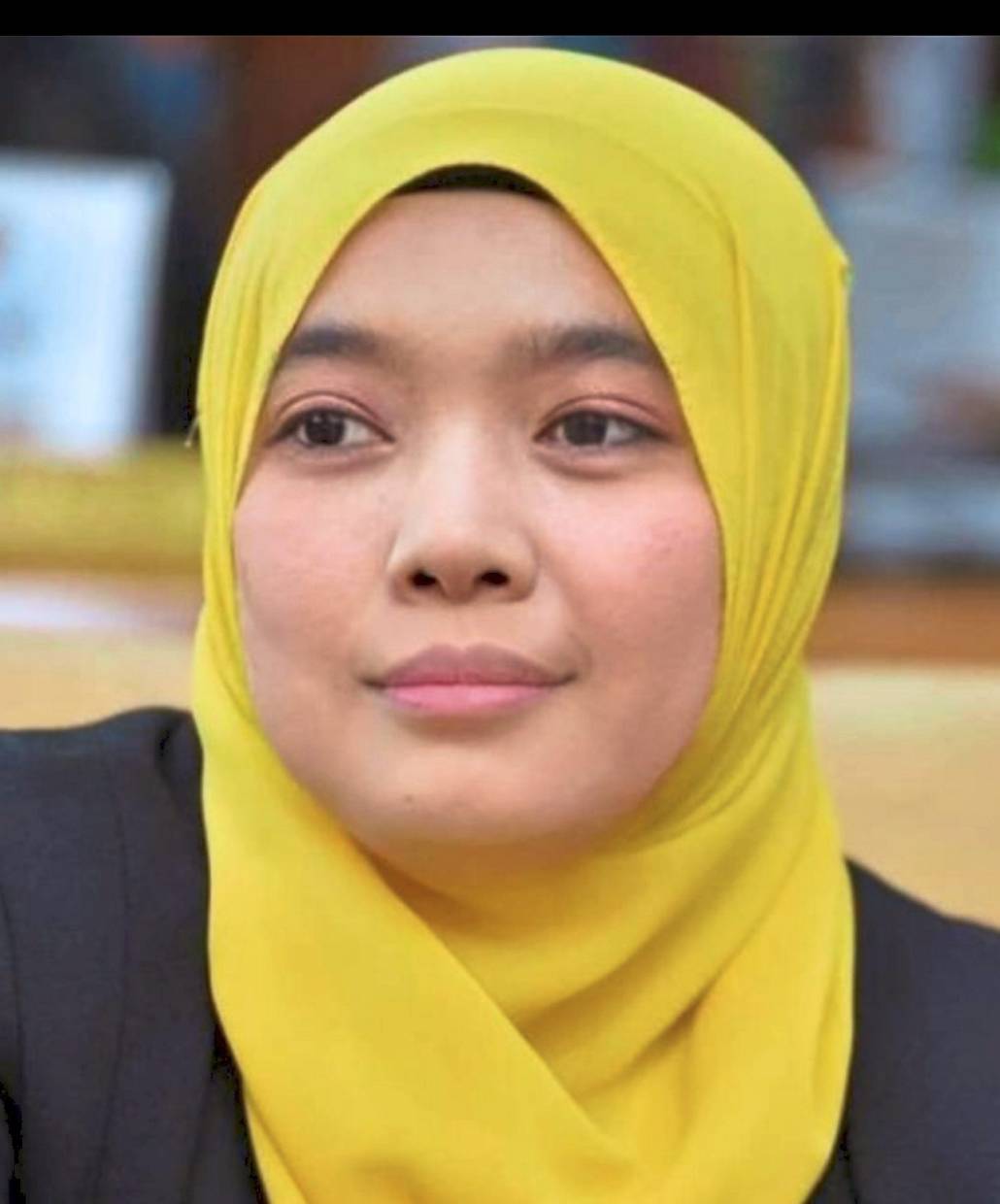 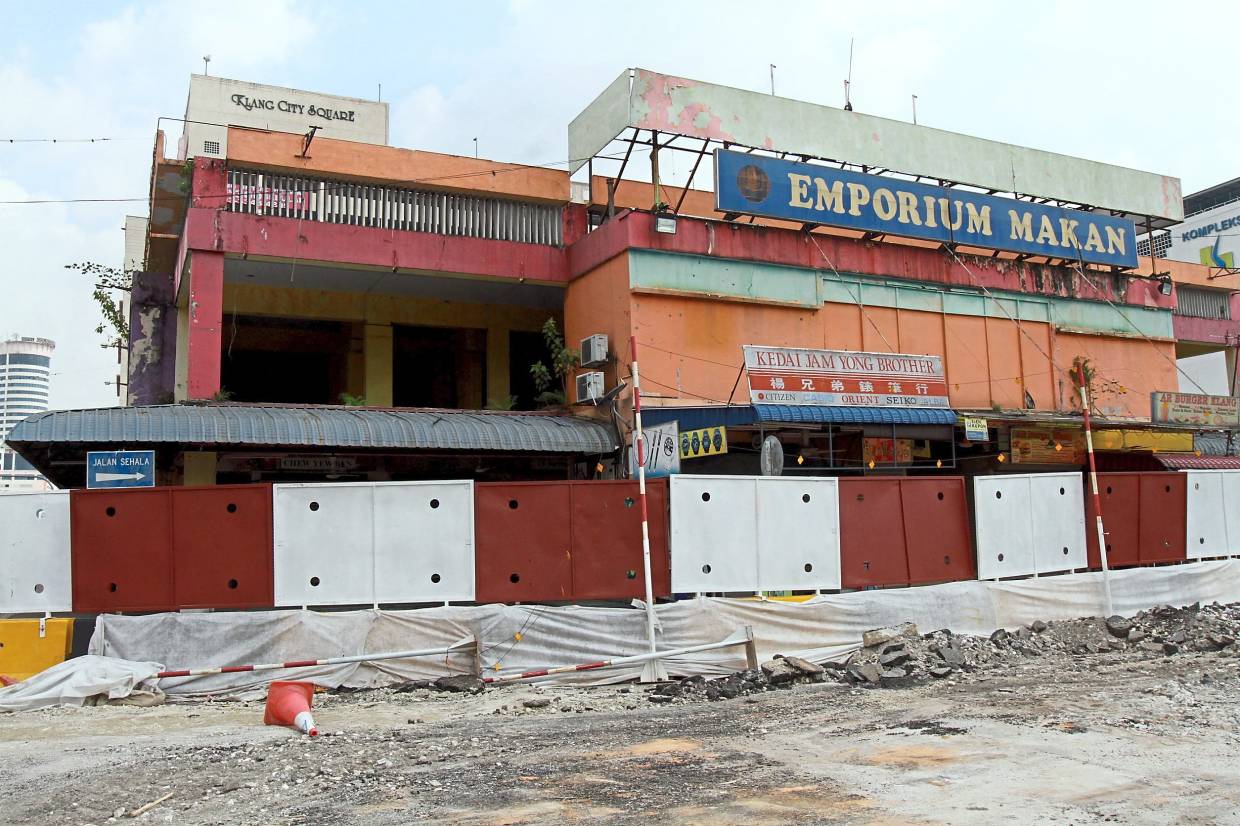 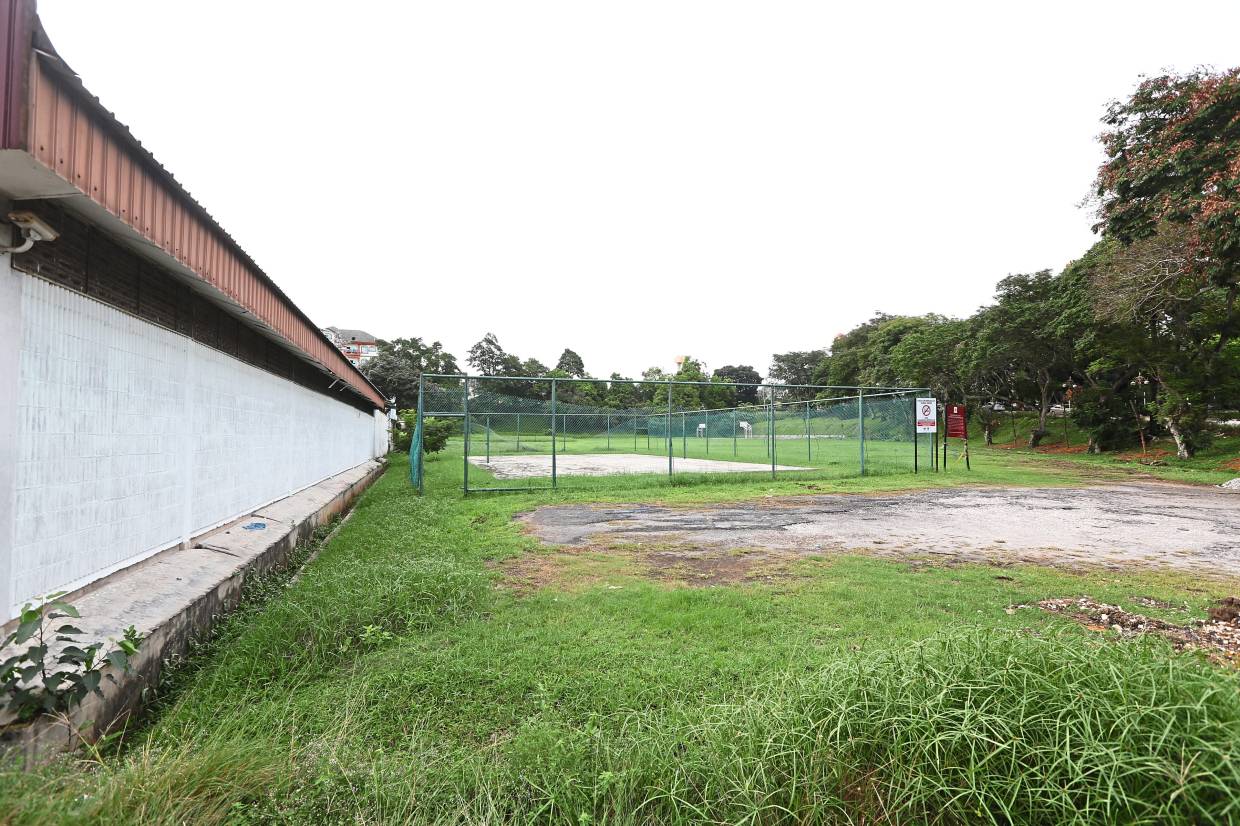 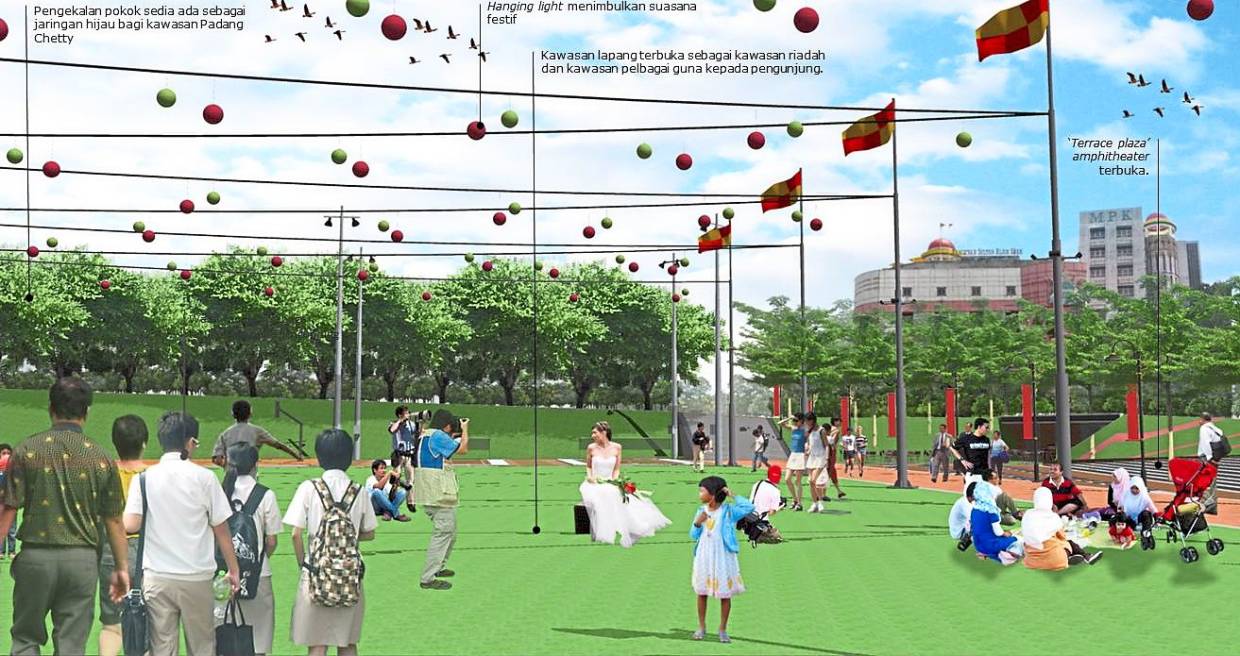 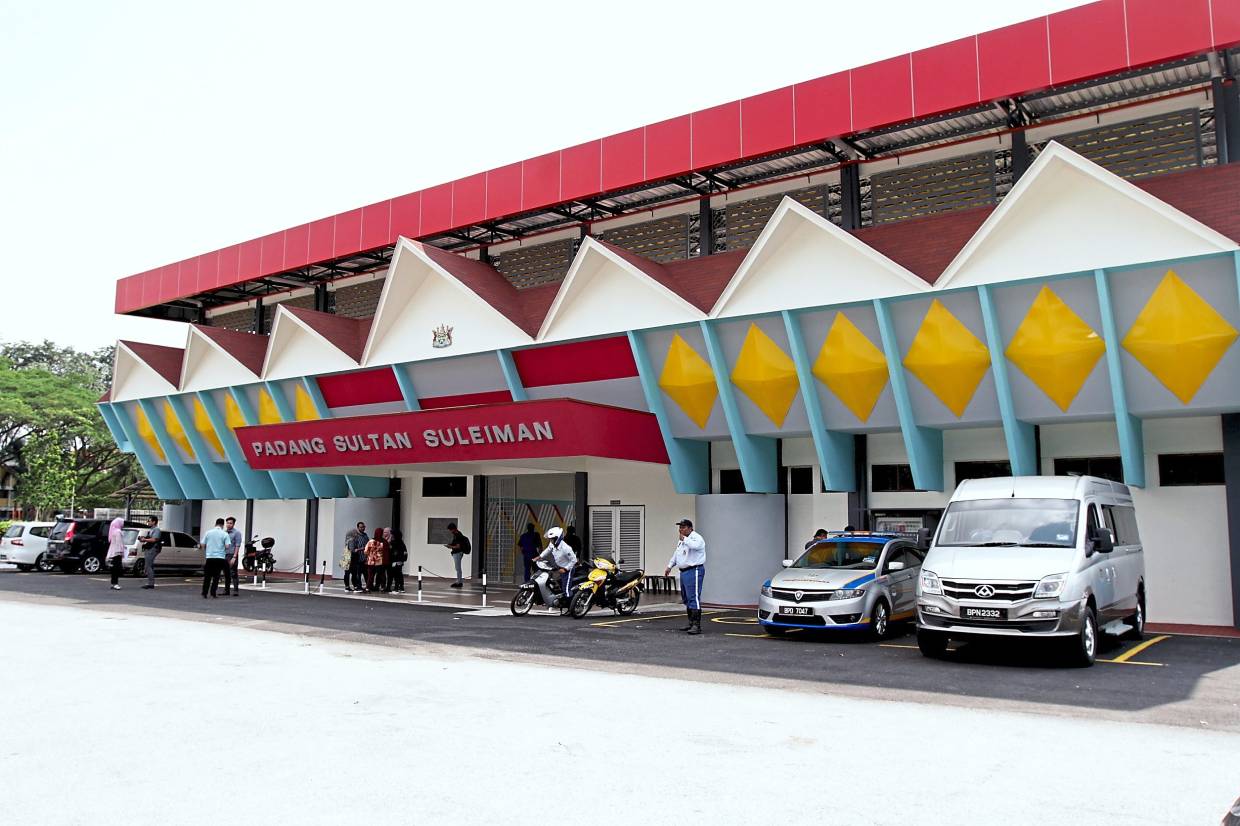 Elya and MPK enforcement officers checking an illegal dumpsite in Jalan Kebun Nenas, Klang at night. (Right) The council chief will have to make sure the newly renovated Sultan Suleiman Stadium does not get waterlogged again. — Filepics

Elya has shown her determination to stop illegal dumping in Klang during her tenure as acting chief.

Klang is undergoing major changes with a few big projects such as the LRT line that will be built over Emporium Makan, Jalan Pasar. — Filepic

The incoming MPK president will have their hands full with numerous projects, including the transformation of Padang Chetty. — Filepic

An artist impression of the people's square to be built at Padang Chetty, Klang.