ABUNDANCE can take on many forms, be it material things or spiritual affluence.

The term abundance is often reflected in restaurants’ Chinese New Year menus, and Toh Yuen Chinese Restaurant at Hilton Petaling Jaya can attest to this.

Themed “Abundant Beginnings”, sous chef Ric Teoh and his team have created sumptuous dishes fit for a king until Feb 29.

We sampled a nine-course menu comprising the must-have yee sang and other very interesting dishes, some of which were new to me.

The Prosperity Yee Sang with Fresh Salmon, Crispy Ice Fish, Crispy Shredded Cuttlefish and Top Shell Abalone set the mood as everyone got involved in the prosperity toss.

The textural elements in the yee sang and concerto of flavours from the sweet, sour and salty ingredients always make me salivate in anticipation of what comes next.

The Double-boiled Japanese Conch with Bamboo Pith and Dried Scallop Chicken Soup was a joy to consume, particularly on a rainy evening.

Conch is a tropical marine mollusc and its meat is often eaten raw in salads or cooked in stews and soups. It definitely added that earthy element and extra oomph to the clear soup.

Next was the Braised Double Shell Abalone, Fish Maw, Black Mushrooms, Bamboo Pith Oyster Roll, Sea Moss and Seasonal Vegetables, a flavoursome ensemble of auspicious ingredients for the Chinese community during this celebration.

The Steamed River Sultan Fish with Green Ginger Paste caught my eye thanks to the fish soaking in the bright green pool of sauce. It was my first time trying the sauce and it was delightful with the light, flaky fish.

Teoh used lots of ginger and spring onions to make the sauce.

“There are more spring onions than ginger, if not it would be too bitter.

“Fish sauce, rice wine, sesame oil, chicken stock and ground black pepper are added and blended into the sauce too, ” he said.

Sultan fish, a type of carp, is the preferred option for this dish as it is milder and carries the ginger flavour well.

All the dishes were well executed and each had its own special flavour.

The Crystal Jelly Soursop with Crispy Nian Gao was truly a feast for the eyes.

The refreshing sweet and sour jelly was the perfect end we needed to cut the heavy stuff we ate earlier.

The menu priced from RM148 for a half portion (two to five diners) and RM268 for a full portion (six to 10 diners) is available for lunch and dinner.

The Chinese New Year promotion starts from RM1,988 nett for a group of 10 diners. 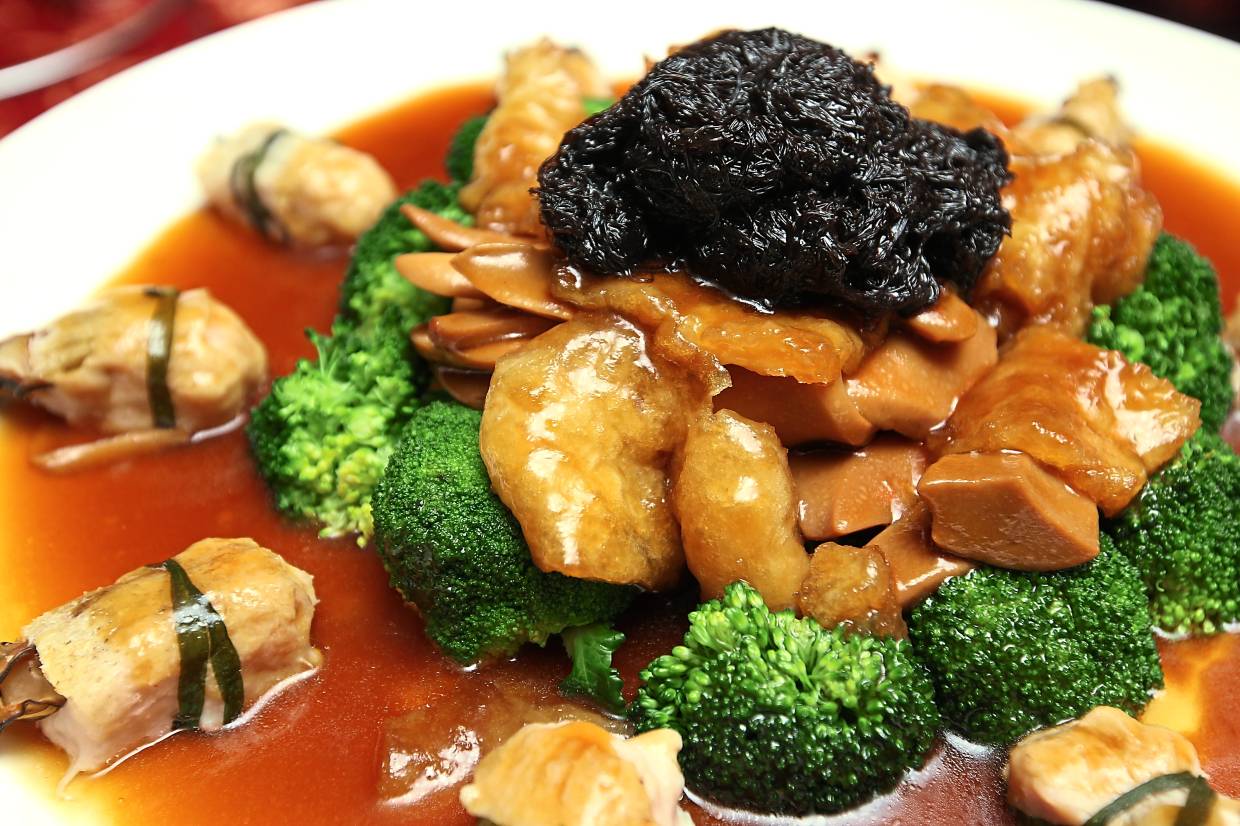 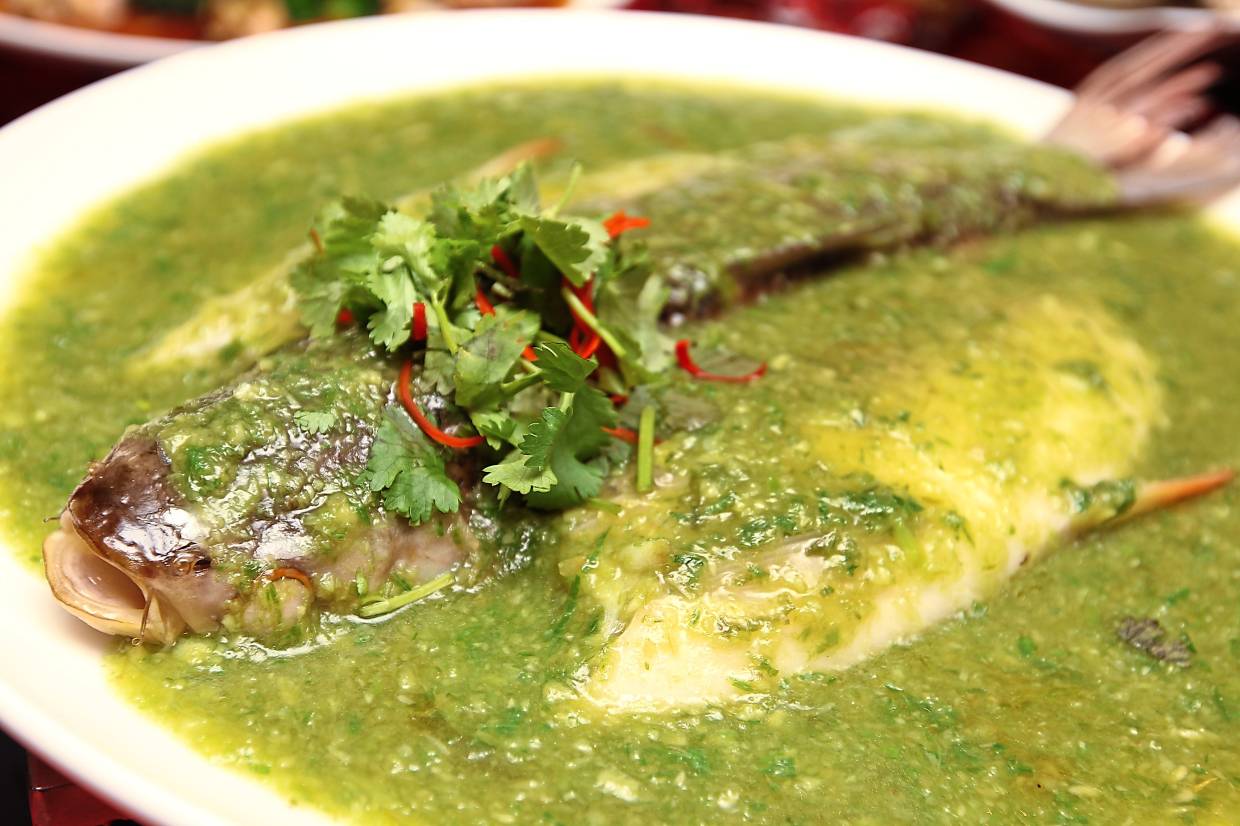 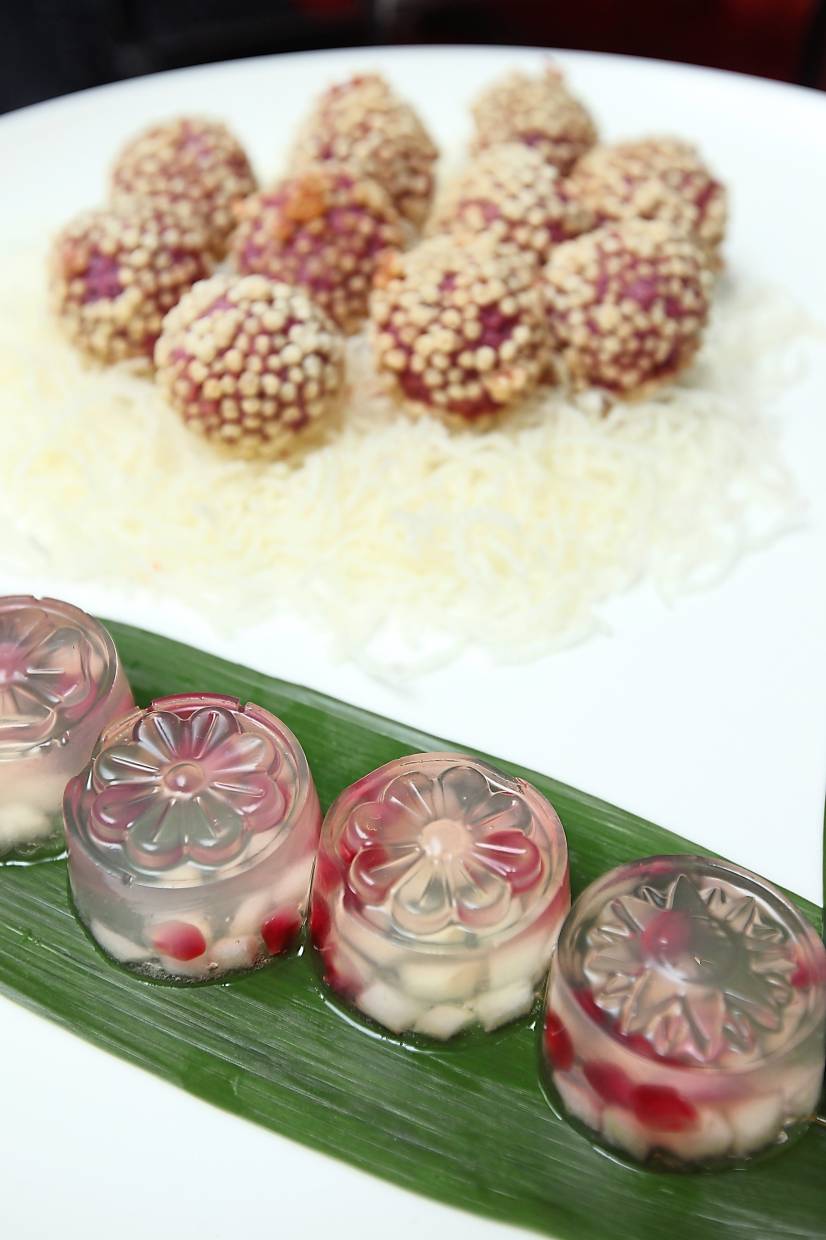