More than an evening fun ride

SOME 250 cyclists took part in the Kedah Royal Malaysian Police (PDRM) evening fun ride aimed at fostering awareness on crime prevention among members of the community and cycling enthusiasts in the Kota Setar district in Kedah.

Kedah police chief Comm Datuk Zainuddin Yaacob, who flagged off the ride at the open space area of the Kota Setar district police headquarters at 7.45pm, also took part in the 28km ride.

There were three stopovers along the route.

The first was at the Ar-Rahmah Mosque in Taman Wira Mergong, where Comm Zainuddin, DCP Muhammad Azlee, ACP Mohd Rozi, the senior officers and rank and file personnel, and other Muslim cyclists stopped to perform their prayers.

Comm Zainuddin said the fun ride was a ‘going down to the field’ approach, where they met members of the public to strengthen the relationship between the police and community for both to work together in crime prevention tasks.

“This evening is different from the normal ride.

“Not only do we ride, but we also get to know each other and draw closer to the community as we ride.

“We had a great time hanging out with cycling enthusiasts, meeting mosque committee members and friends from the volunteer patrol squad, ” he said during the recent event.

Comm Zainuddin said the contributions of squad members must be recognised as they complemented police work.

“I am amazed by one of the squad members who is over 60 years old, but is still willing to volunteer for crime prevention patrols.

“Police are not able to conduct 24-hour patrols everywhere but with the help of the squad, certain areas where they carry out patrols can be covered, and police can then focus on other areas, ” he added. 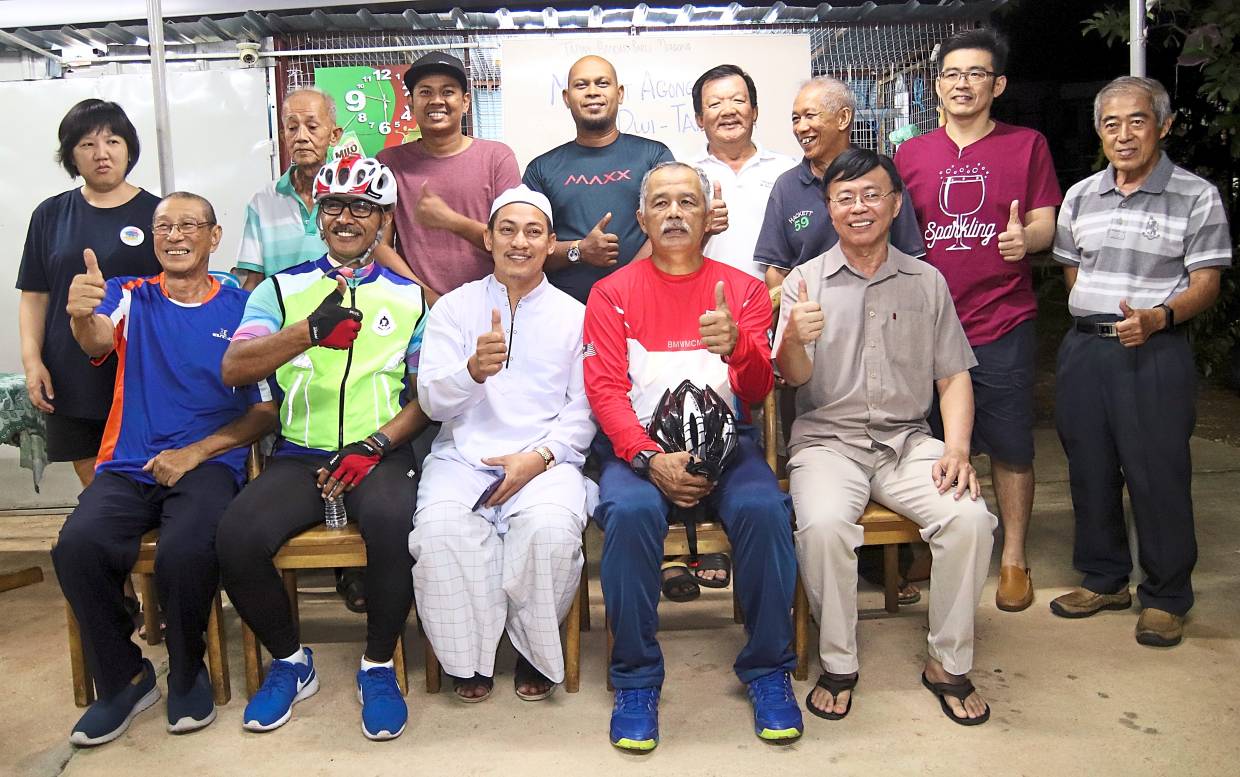 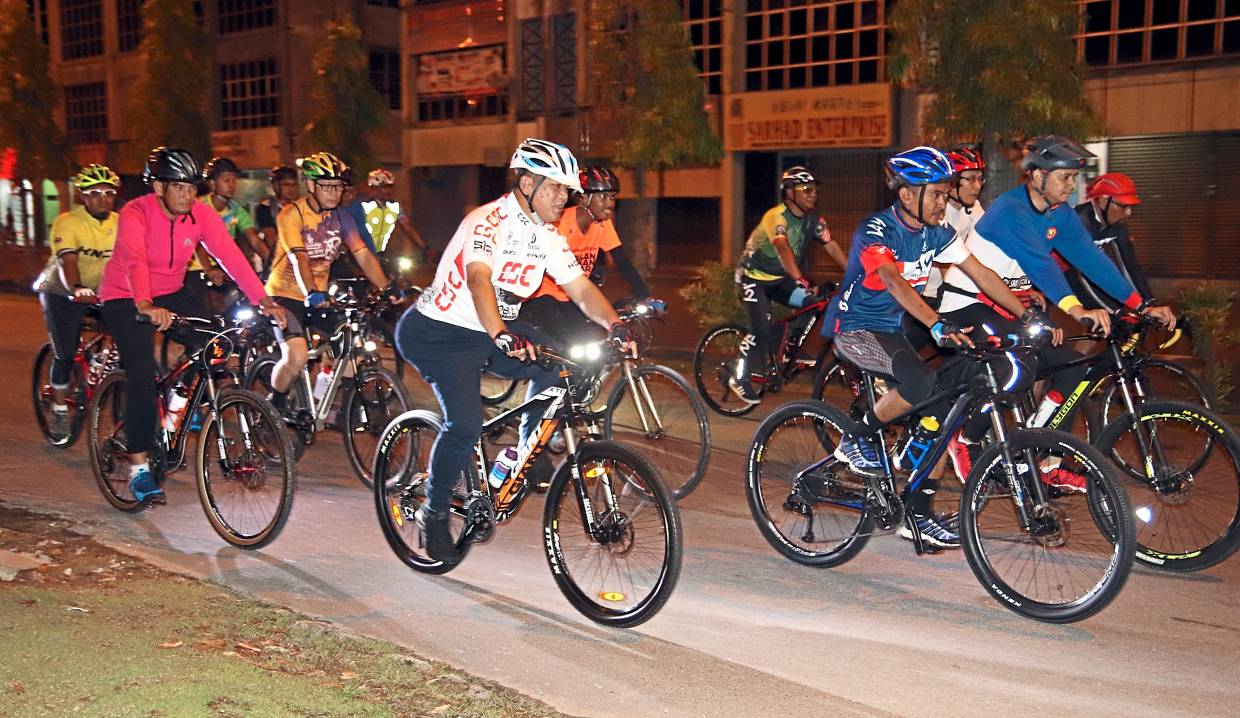 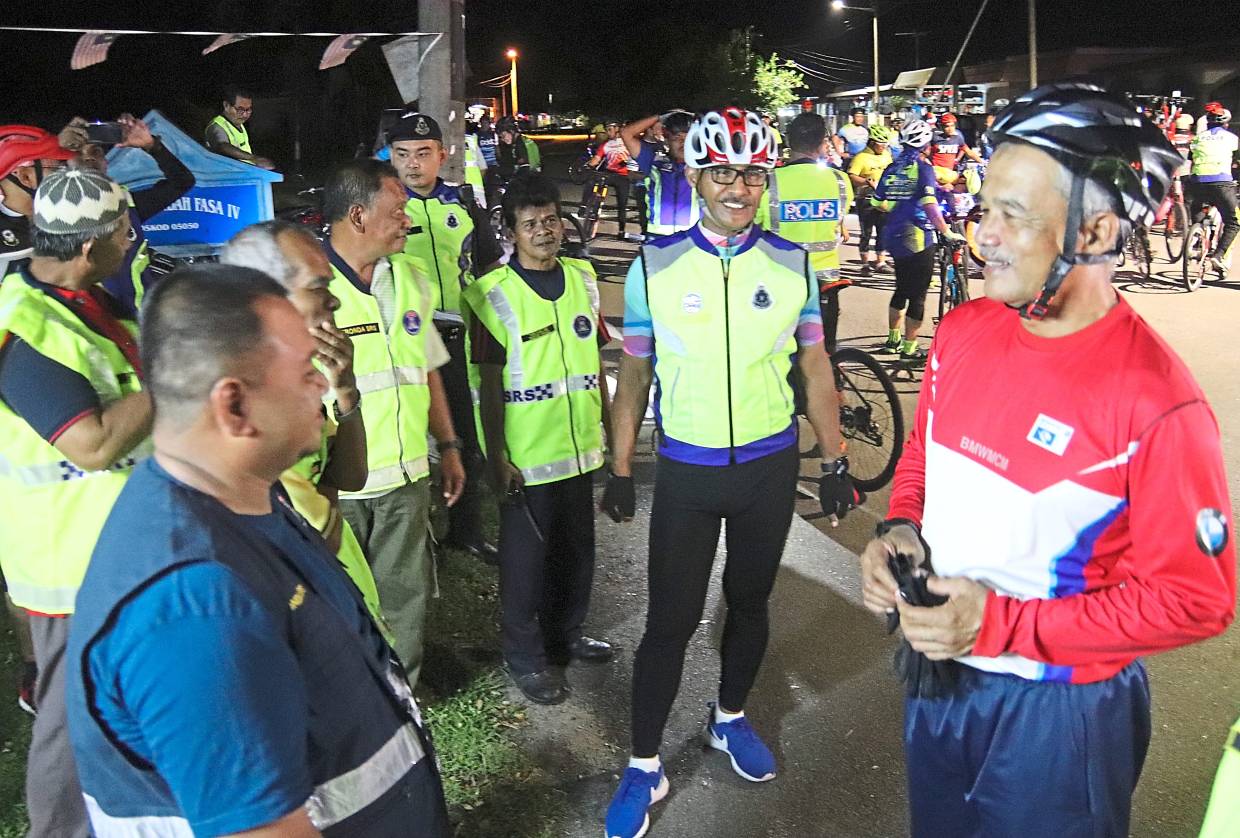 Comm Zainuddin (seated, second right) and ACP Mohd Rozi (green vest) giving the thumbs-up after meeting Taman Bandar Baru residents during one of the pit stops. (Right pic) Some of the 250 cyclists expressing their delight in taking part in the event.

Several cyclists posing for a group picture during their stop at Taman Bandar Baru.