Revellers express their hopes for 2020

Erwan (right) and Ishaq (left) who work as security guards at a nearby tower having a light moment for the camera during their duty with the security team during the New Year's Eve countdown.

AS the stage lights bathed the atmosphere in all colours of the rainbow, a love story unfolded amidst the large crowd that had gathered for the New Year’s Eve countdown party at the Mutiara Damansara Commercial Centre.

For Nabil Nik Sabri, 23 and Nurashikin Razman, 24, one hope that is closest to their hearts is to save up enough to get engaged and buy their first house this year.

The pair, who work at the same office, revealed they got closer during a company trip to Bandung, Indonesia, recently.

Nik Sabri and Nurashikin who revealed they have some RM20,000 in joint savings so far are confident their dream will become a reality.

In addition, the couple have also added a trip to Osaka, Japan, as one of their travel resolutions for 2020.

In celebrating the arrival of a new decade, the mood of the moment had The Curve’s senior general manager Jazmi Kamarudin and leasing and advertising assistant general manager Gina Long Ahmad vowing to pay more attention to their health and loved ones.

Jazmi who currently goes for five-kilometre runs every week, will double his sessions to twice a week for 2020.

Gina wants to travel more but this year, she wants to include her 10-year-old son to better expose him to different cultures.

For the sake of her daughter, nine-month-old Hawa Emmary Mohd Ghanimi, mom Nur Amirah Abdullah has voiced her support

for the no smoking ban in food and beverage premises and hoped authorities would carry out their promises to fine those who flout the ruling.

In an open air street party that featured a four-hour concert, a six-minute fireworks display and a bass-thumping dance session after, event organiser Collin Lai said value of the stage lighting system used that night was easily equivalent to the price of the latest Mercedes-Benz S-class.

The countdown party was jointly hosted by IPC Shopping Centre, The Curve and e-Curve.

On hand to oversee crowd control were some 100 personnel deployed by the police, RELA and the shopping centres’ security teams.

Though the street was packed, there was still room to move and within this comfortable atmosphere, Sabahans Erwan Arif, 25, and Ishaq Mat Saad who work as security guards at a nearby tower were able to express their hopes for a clean, hardworking government and better policies and programmes for the younger generation that will benefit them socially and education wise.

Dressed in plain clothes, Erwan and Ishaq who were part of the security team on duty that night, also expressed hopes for young people to be more active in sporting activities instead of spending too much time on social media.

Four ambulances were put on standby and within 30 minutes after the DJ played his last song, the crowd had dispersed.

Security personnel who had been instructed to direct the crowd away from the venue after the event were instrumental in preventing traffic congestion, allowing revellers to leave the area with relative ease after the party. 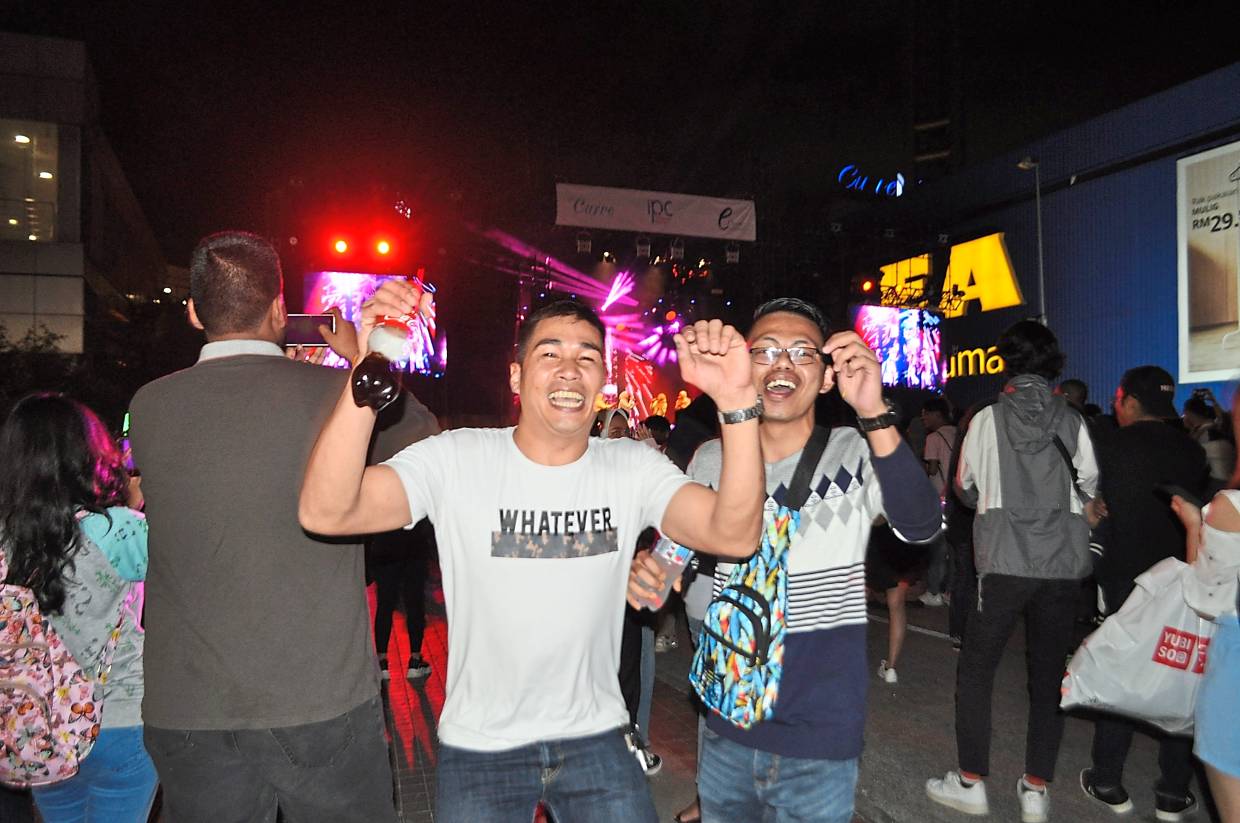 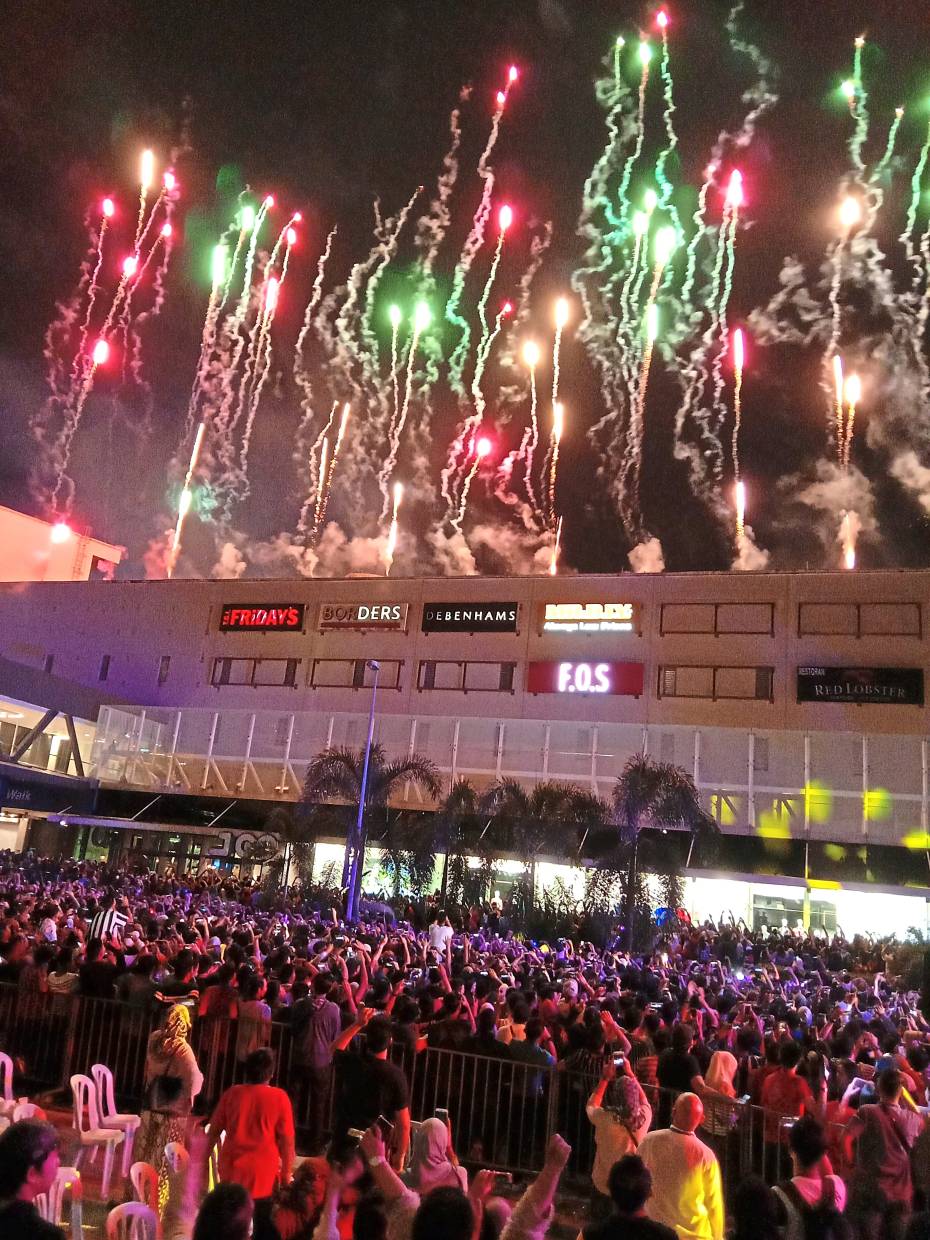 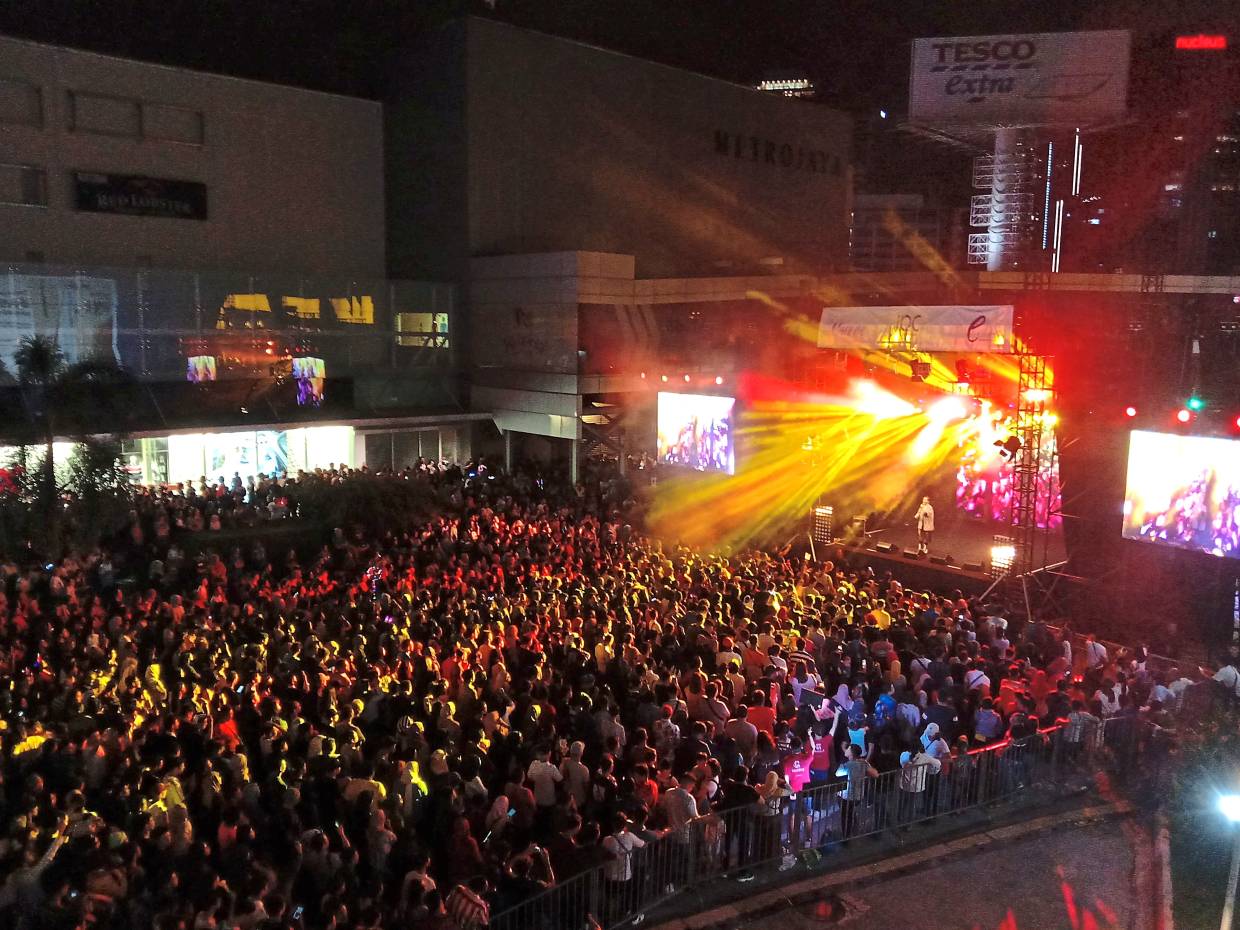 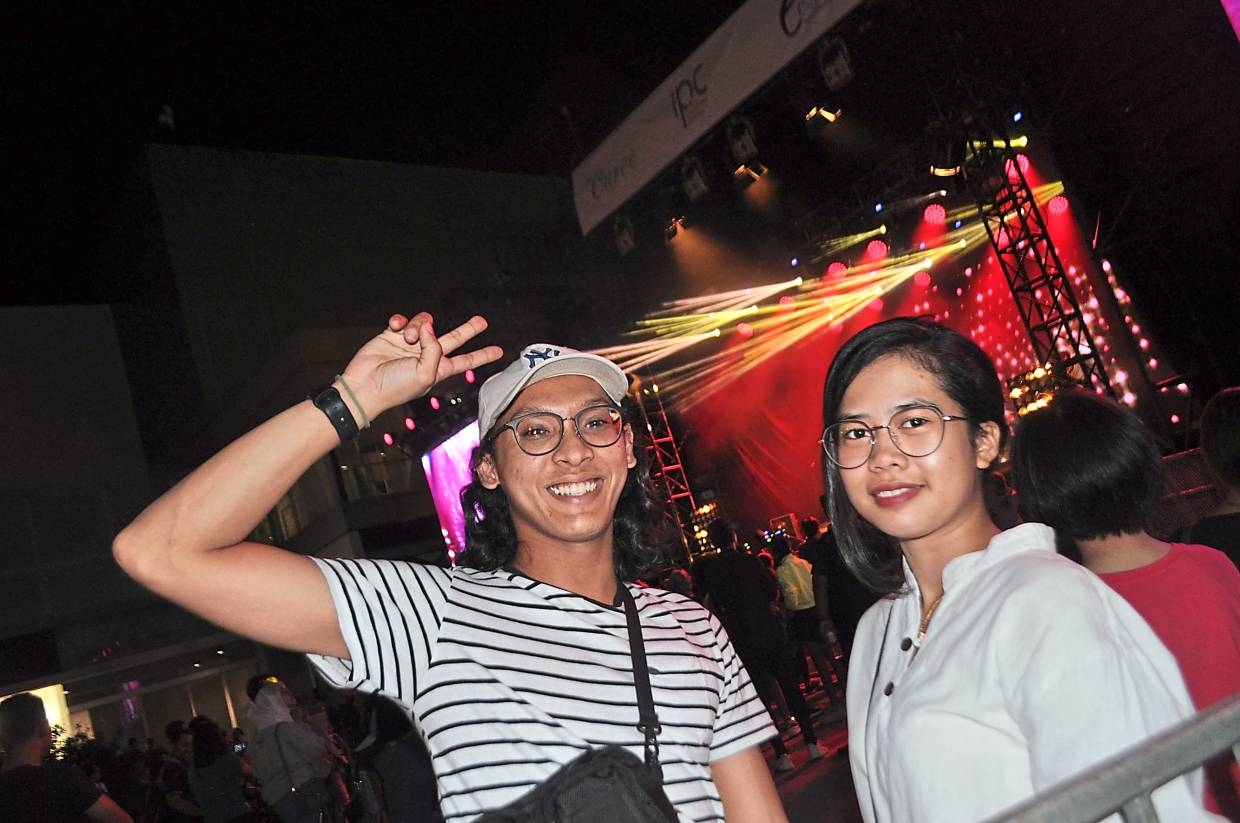 Erwan (right) and Ishaq (left) who work as security guards at a nearby tower having a light moment for the camera during their duty with the security team during the New Year's Eve countdown.

A six-minute fireworks display was one of the highlights of the countdown at Mutiara Damansara Commercial Centre.

Nabil (left) and Nurashikin (right) expressing their hope to save up enough to get engaged and buy their first house this year at the New Year's Eve countdown at Mutiara Damansara Commercial Centre.