All for a sweet Christmas season

WITH deft fingers and intense concentration, artist Lee Weng Khim can carve anything out of polystyrene, including a human-sized Santa Claus.

This year, he has been carving huge multicoloured lollipops, candies and even a castle to mark the Yuletide season.

Lee is being helped by several part-timers, who are also his art students, to carry out the complex task.

“I decided to try something new this year, ” he said when met at his workplace in Batu Lanchang, Penang.

“I chose candies and lollipops as I want people to have a sweet and magical Christmas.

“Usually, I will first propose ideas to my clients and sketch visual images for them before closing the deals.

“After that, I will start cutting the polystyrene.

“Then I will coat the shapes with sandstone to harden them before painting.”

Lee said the peak period for him would be the Chinese New Year and Christmas seasons.

“However, we occasionally cater for events during non-peak periods.

“The Christmas orders usually start coming in around the middle of November.

“This year, we have carved a 1.83m-tall Santa Claus from polystyrene.

“It took us around a week to complete it, ” he said.

Lee said decorations carved from polystyrene were a popular choice as they can be put both indoors and outdoors.

“The decorations can withstand heat and rain, ” he said.

Lee lamented that the art of polystyrene carving is slowly fading away.

“I’m afraid the art will totally disappear one day.

“To take up this unique career, you need to be outdoors at times.

“Many young people prefer indoor jobs nowadays and don’t want to work under the hot sun, ” he said. 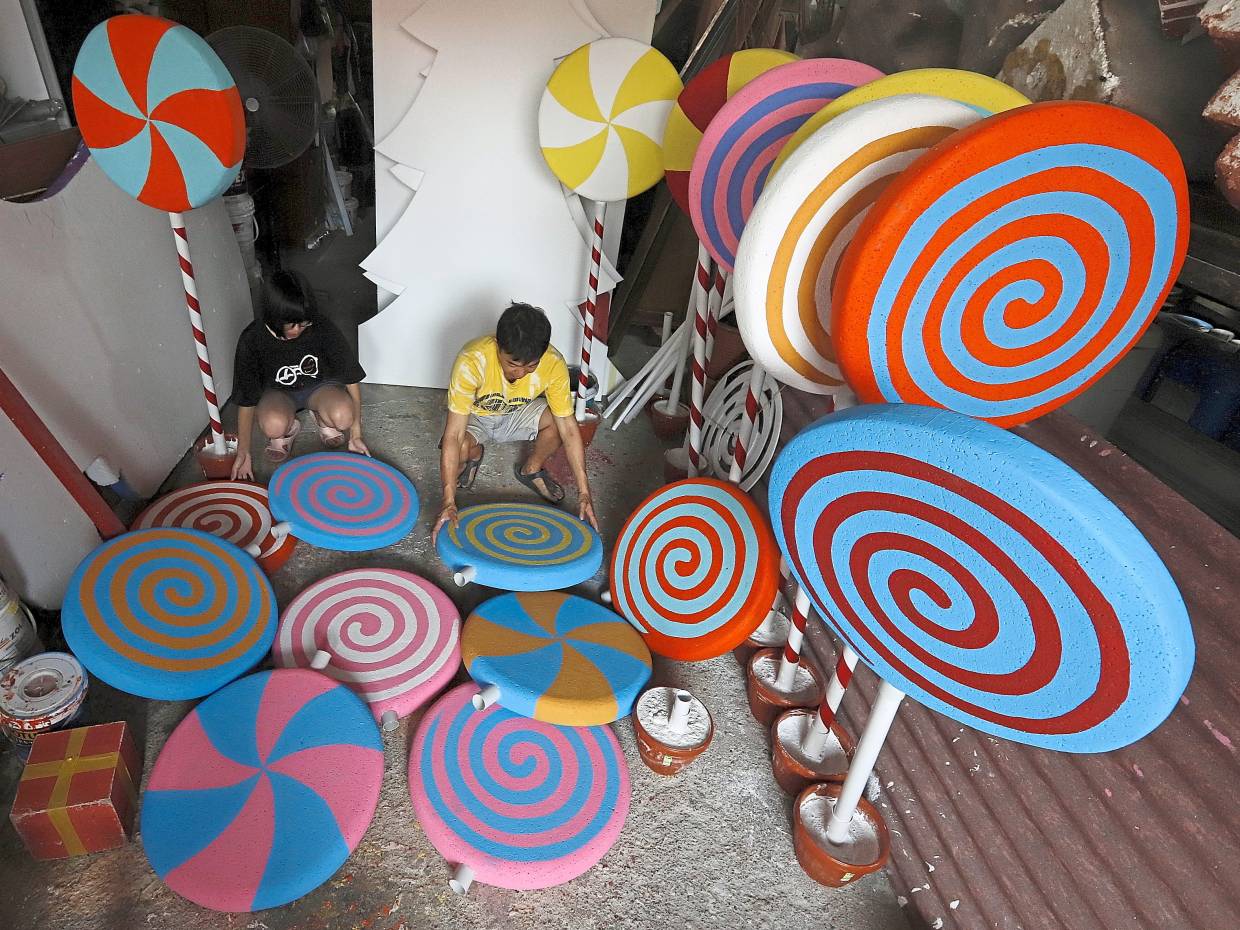 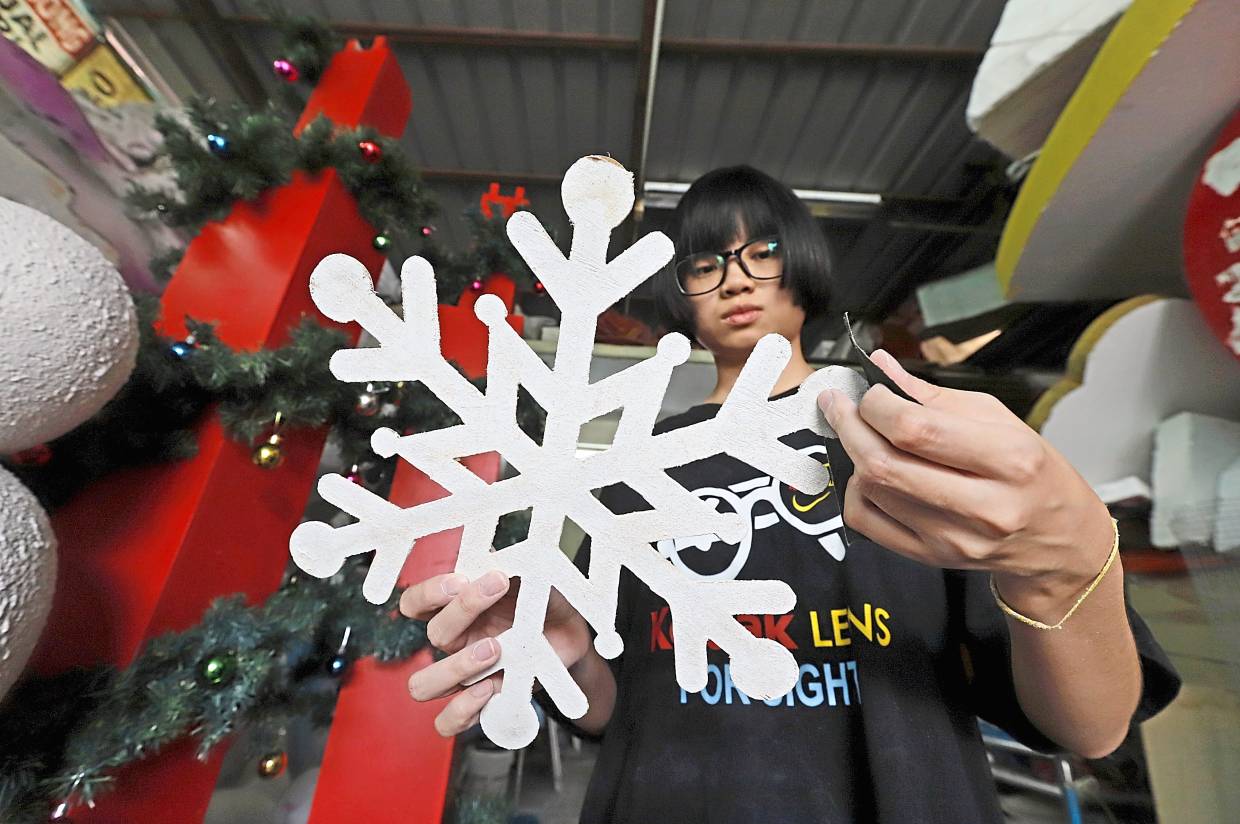 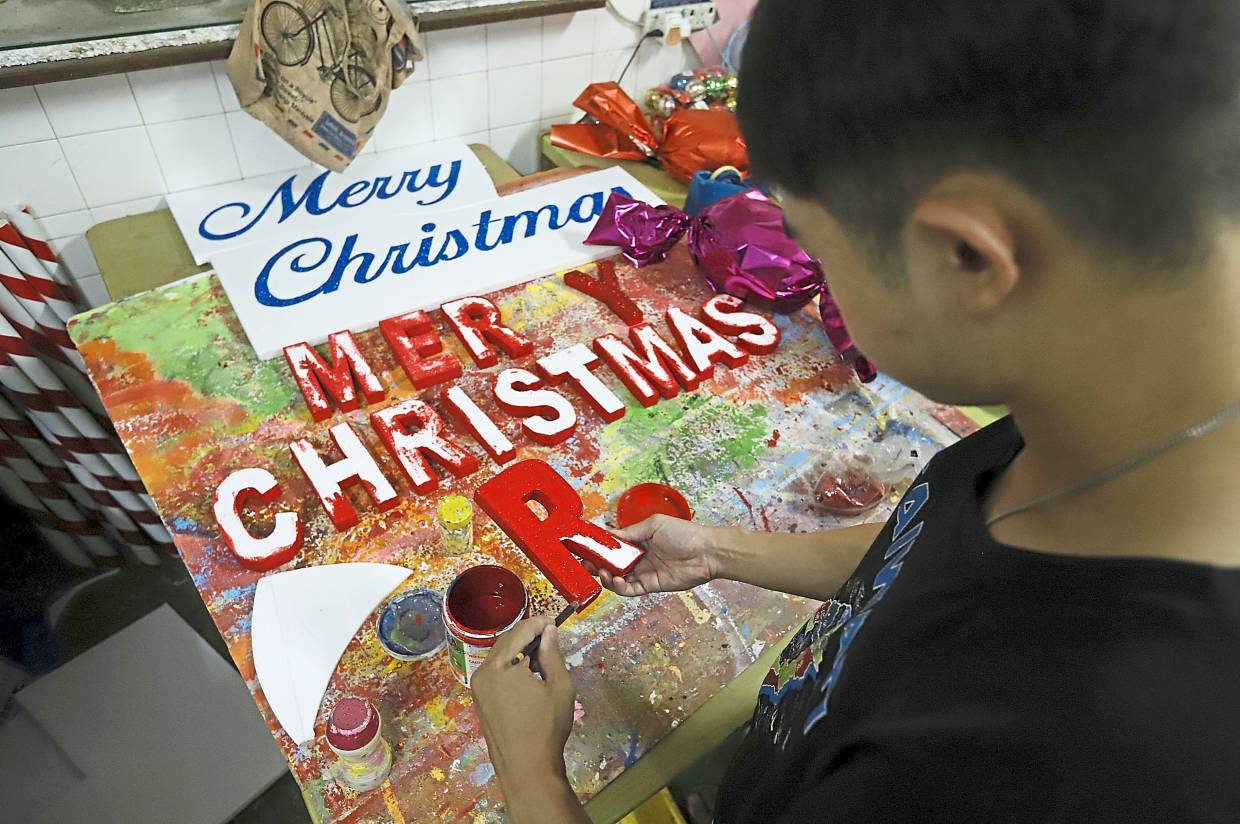 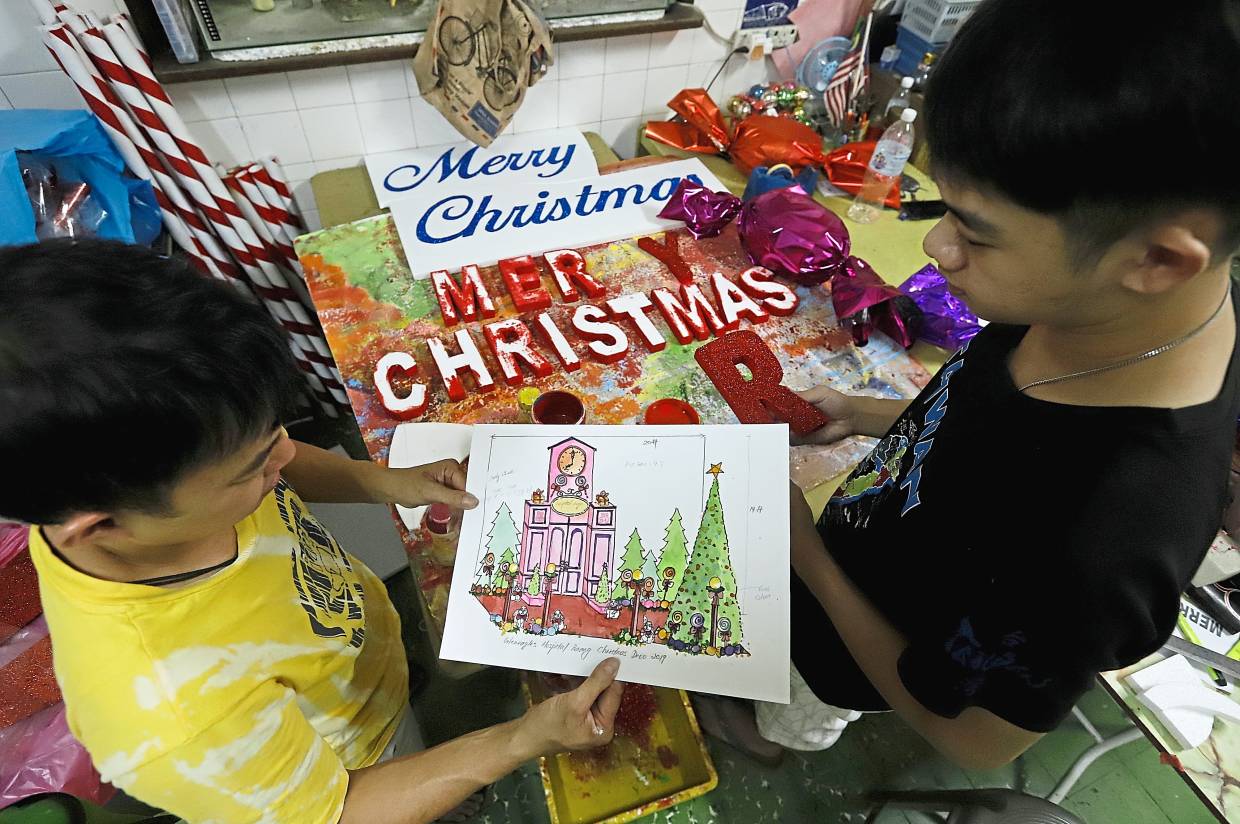 A student painting letters making up a Christmas greeting.

Lee showing a visual image of a project for a client.