ALLEYS are usually seen as dingy, ominous places that are best avoided.

But they do not have to stay that way and can be transformed into safe spaces that people actually want to spend time in.

Think City managing director Hamdan Abdul Majeed said the programme, launched in 2017, started off with the cleaning up of Lorong Bandar 13 in Kuala Lumpur and constructing public facilities at the location to demonstrate the benefits of laneway improvement.

“The initial elements that Think City tried to introduce was a community gathering space, with tables and chairs for a communal dining space, an edible herb garden which neighbouring restaurants could grow and use, painted street for wayfinding as well as art murals for vibrancy and beautification.

“Madras Lane is one of the five side lanes targeted in the laneway improvement programme. This narrow alleyway is now famous for hawker fare, besides a wet market.”

He said the exact improvement plan for Madras Lane would be determined through engagement with the area’s community and discussion with DBKL, Citi Foundation and Bukit Bintang MP Fong Kui Lun.

“Other lanes in the list of five to undergo improvements are Lorong Sisi Jalan Yap Ah Loy, Lorong Bandar 11 and Lorong Hang Lekiu.

“This year, we fitted elements of an urban playground with backlane cinema screenings at Lorong Bandar 13,” he said.

He elaborated that other improvement works on Lorong Bandar 13 included creating motorcycle bays, tree planting to increase greenery around the street and installing closed-circuit television cameras to enhance security.

Hamdan said the laneway improvement programme’s key objective was to improve connectivity, as many of the back alleys were unused and blocked.

“We wanted to improve walkability and provide safe and clean spaces for the public to use.

“Together with our partner DBKL, we will start work on Lorong Bandar 11 and Lorong Hang Lekiu next year,” he said.

He explained that the laneway improvement programme was part of a greater plan for the Kuala Lumpur Creative and Cultural District, to revive and convert the heritage core of Kuala Lumpur into a hub for the creative and cultural industries.

“The laneways are selected with DBKL based on location, how strategic they are for connectivity and the significance of each area to the surrounding communities.

“Part of our considerations involve changes that deal with climate adaptation, safety, health and well-being, as well as changes that would make people happy, bring people to those areas and benefit the businesses there as well,” he added.

Hamdan said that being a community-focused organisation, Think City made sure the process began with consulting the community to find out what their difficulties and needs were.

“The community takes centre stage in the early phases of the process.

“We then work with DBKL as the local authority, and all key stakeholders in a given area.

“Citi Foundation has been supporting the programme since the rejuvenation of Lorong Sisi Jalan Yap Ah Loy in 2018,” he said, adding that it was important to recognise the opportunities the city possessed.

“Think City and Citi Foundation aim to encourage different city stakeholders to begin similar projects of their own.

“With the financial grant from Citi Foundation, we intend to continue investing to renew the city towards transforming downtown Kuala Lumpur into a cultural and attractive place.

“Beyond just beautifying the laneway, we want to ensure that the rejuvenation will have practical functions and serve the community in ways that will really benefit them,” Hamdan reiterated.

DBKL Project Implementation and Building Maintenance Department senior deputy director (architect) Hanum Ain Zainal said that for a city to be truly world-class, it needs to have several characteristics, including abundance of jobs and business opportunities, friendly government as well as public safety.

“However, these characteristics cannot complete the puzzle without the arts, culture and heritage components.

“As a fast developing city, DBKL seeks to ensure that any development within Kuala Lumpur reflects greater awareness of urban design excellence, that the city’s heritage is preserved and that it offers high quality, functional and attractive spaces.

“Harmonious interweaving of these elements shall shape the distinctive image and identity of Kuala Lumpur,” she said.

“This initiative taken by Think City and Citi Foundation to restore one of Kuala Lumpur’s hidden treasures is very commendable.

“Intervention like this can help not only to revive an area that is neither used well nor safe, it is able to nurture appreciation among today’s generation for our cultural history.

“The Kuala Lumpur Design Month aims to drum up appreciation for the city through programmes related to design, art and technology by engaging relevant stakeholders and communities with the same goal of evolving Kuala Lumpur into a more liveable city.

Fong, who was present at the launch of Think City’s Lorong Fest, said he hoped the laneway improvement initiative would create opportunities for businesses and nurture appreciation for cultural history in the city.

Lorong Fest was held at the end of last month in conjunction with Think City’s 10th anniversary celebrations.

The festival’s theme was “Take a walk down Madras Lane” and there was an immediate feeling of 1960s and 1970s nostalgia among visitors.

“Being here today makes me recall certain memories; this is a nostalgic place for me,” said Fong.

Madras Lane in Chinatown was an entertainment hub back in the day, and it was home to Madras Theatre.

This theatre was a hotspot for Kuala Lumpur residents, until it was razed by fire in 1978.

Madras Lane is now called Jalan Sultan and it is famous for Chinese street food.

A variety of cultural performances and activities such as photography exhibition, batik painting, film screening and music performances were held during the festival over a long weekend.

The event also featured stories of some hawkers and vendors who have called the area home for the past 50 years. 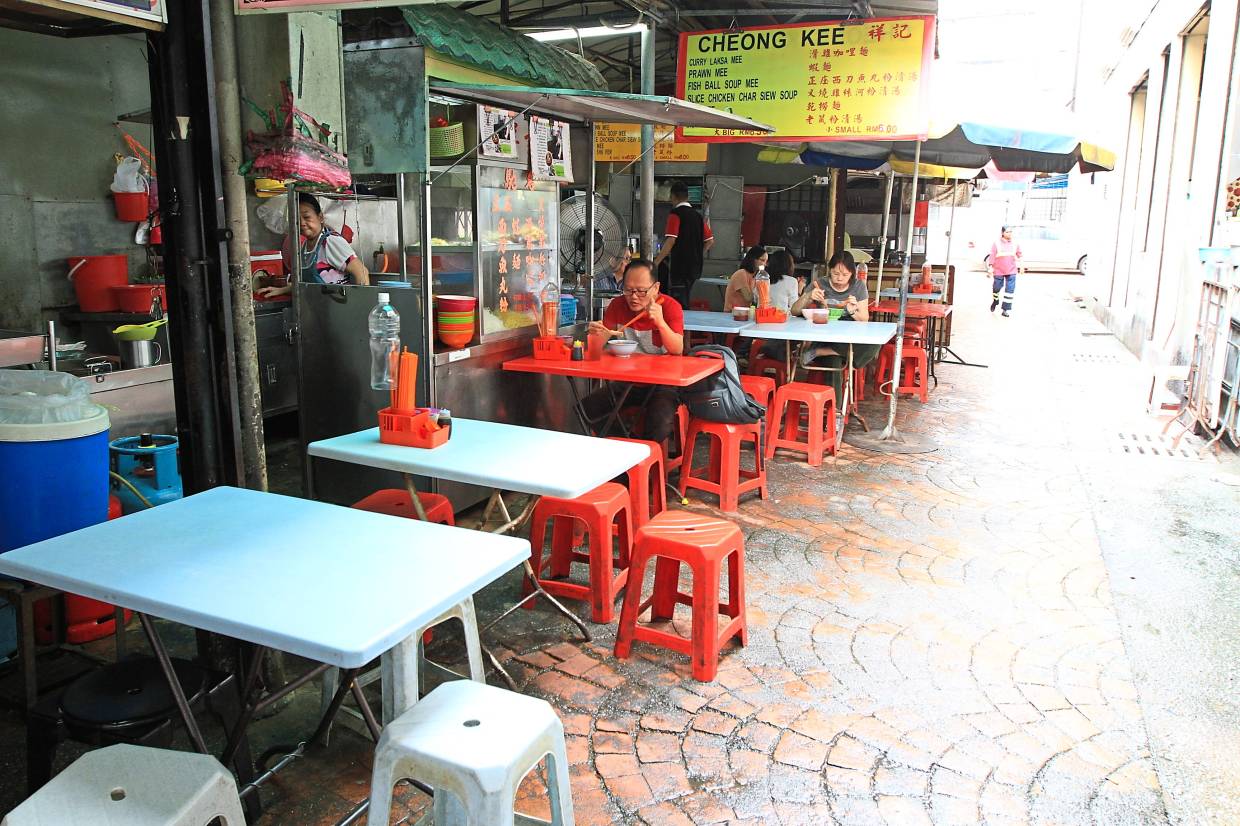 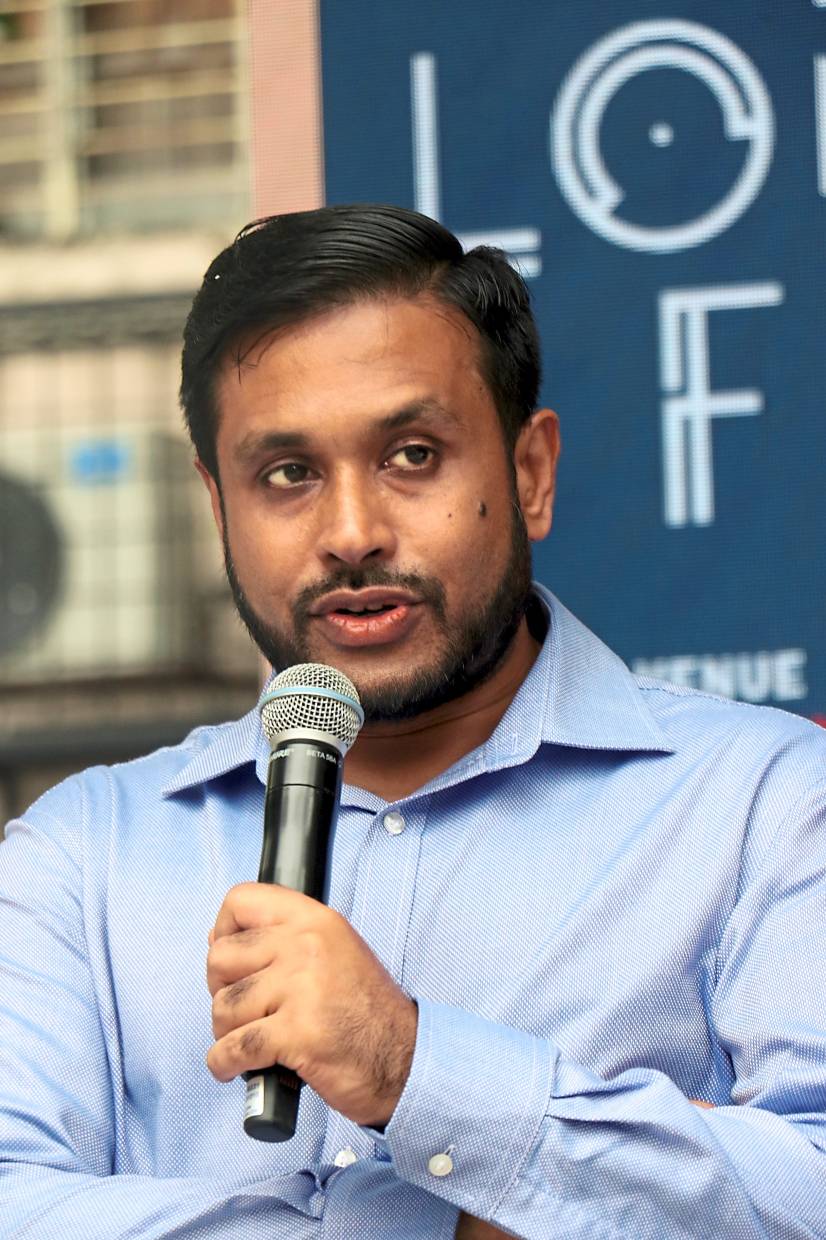 Side lanes in Kuala Lumpur are often taken up by hawker stalls.

The programme targets alleyways like this to turn them into community spaces.

Madras Lane in Kuala Lumpur was an entertainment hub. People now flock to it in search of hawker fare. — SHAARI CHEMAT/The Star

The Laneways Improvement programme will include repairing the targeted side and back lanes like broken drain covers.

Hamdan: “The community takes centre stage in the early phases of the process.”

Side lanes help with connectivity in Kuala Lumpur but are frequently blocked like this instance, by a stall.

Hanum: “Intervention like this can help to revive an area that is neither used well nor safe.”