The High Fountain Jet in the centre of the lake can shoot up to 100m in the air. — Photos: LOW BOON TAT and ART CHEN/The Star

TAMAN Tasik Titiwangsa is all set to reopen to the public tomorrow, with brand-new features and facilities for park-goers.

The park was closed in September last year for Kuala Lumpur City Hall (DBKL) to carry out renovation and upgrading works.

features — Maze Garden, Banjaran Canopy Walkway, Children’s Waterplay Park and two playgrounds (one for toddlers and the other for children aged six to 12).

DBKL Project Implementation and Building Maintenance Department senior assistant director (Architect) Noor Fazlina Rosley said people had been trespassing although the park was closed, which showed that many were looking forward to the park’s reopening, which was initially slated for January next year.

She added that Kuala Lumpur mayor Datuk Nor Hisham Ahmad Dahlan allowed the park to be opened earlier as it was the school holidays.

DBKL has invited parents and children with cerebral palsy to try out the new playground to get their feedback on how to improve it.

“As the park’s concept is inclusivity, we want to ensure the park is accessible to not just the able-bodied but also those with limitations, be it children, the elderly or disabled,” said Noor Fazlina.

The canopy walkway’s design was inspired by the Titiwangsa mountain range.

Under the canopy walk is a man-made river shrouded in artificial mist with several boulders taken from two rivers.

“The boulders were originally placed at Sungai Gombak and Sungai Batu to create rapids but because of flooding, the boulders have been brought here and they add a recyclable element to the whole feature,” she said.

The paths of the maze garden are lined with orange jessamine plants and the shape of the maze is inspired by Nusantara wood carving on architecture.

The children’s water play area will operate from 10am to noon and 4pm to 7pm daily.

Outdoor enthusiasts will appreciate the new 4.6km jogging track and 2.55km cycling path around the lake.

The High Fountain Jet in the centre of the lake will be operational again, and this time, it will have the capacity to shoot up to 100m in the air.

Noor Fazlina said this was equivalent to the height of a 30-storey building.

Small fountains will also be in operation to aerate the water in the lake.

“The aeration of the lake is important to avoid algae overgrowth,” she said, adding that the lake had been producing lots of algae.

“The river cleaning will be managed by the Drainage and Irrigation Department while the project will be monitored by Federal Territories Minister Khalid Abdul Samad.”

The project is also a part of the River of Life beautification project as the lake is connected to Sungai Bunus.

Previously, the park drew an estimated 300 visitors daily and over 18,000 monthly, with intermittent maintenance carried out.

Starting tomorrow, the park and lake will be fully open to the public from 6am to 10pm daily. 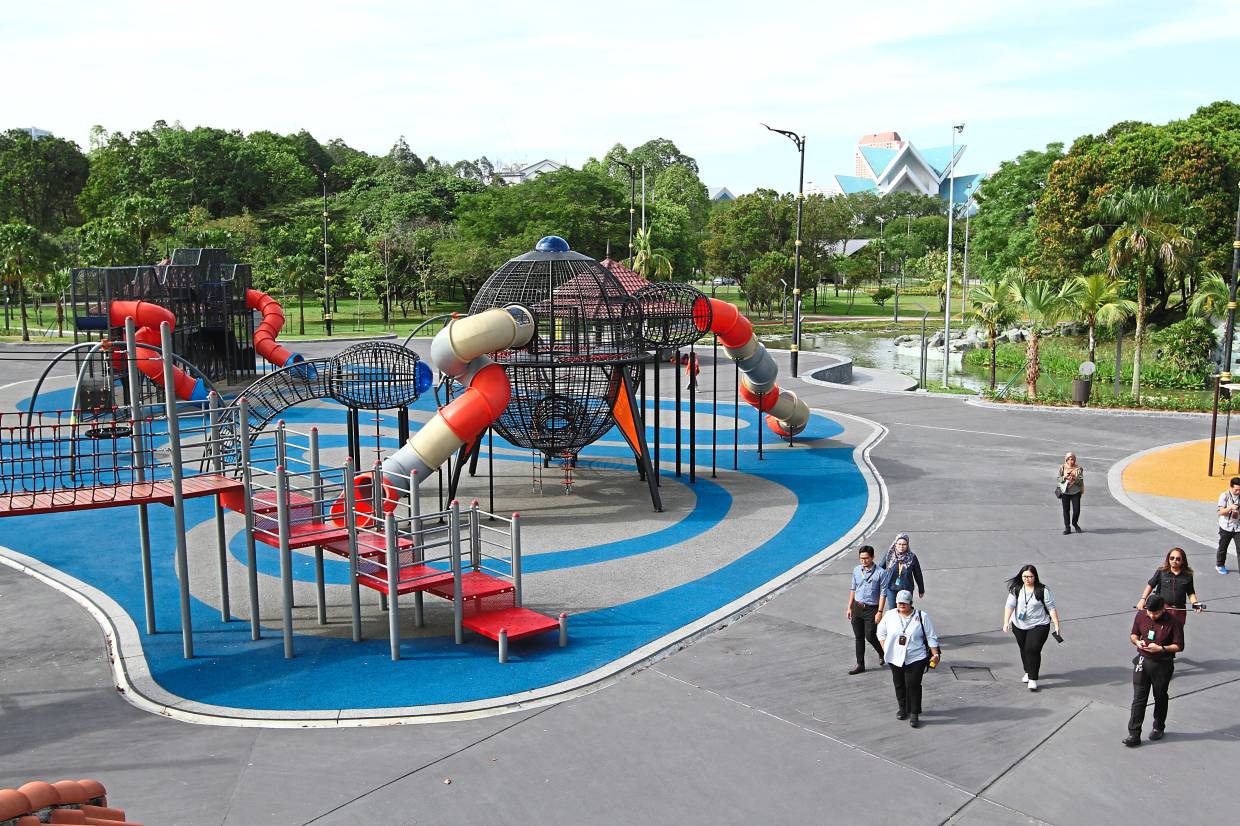 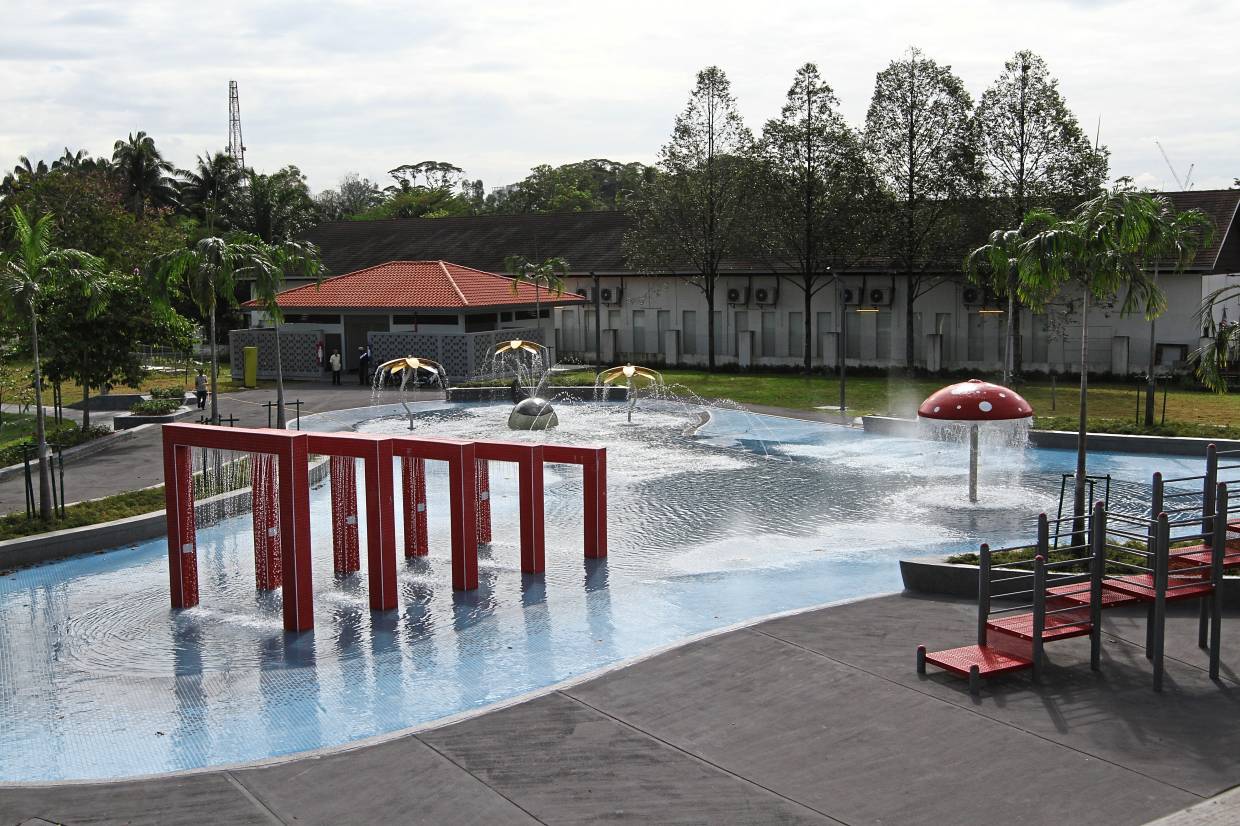 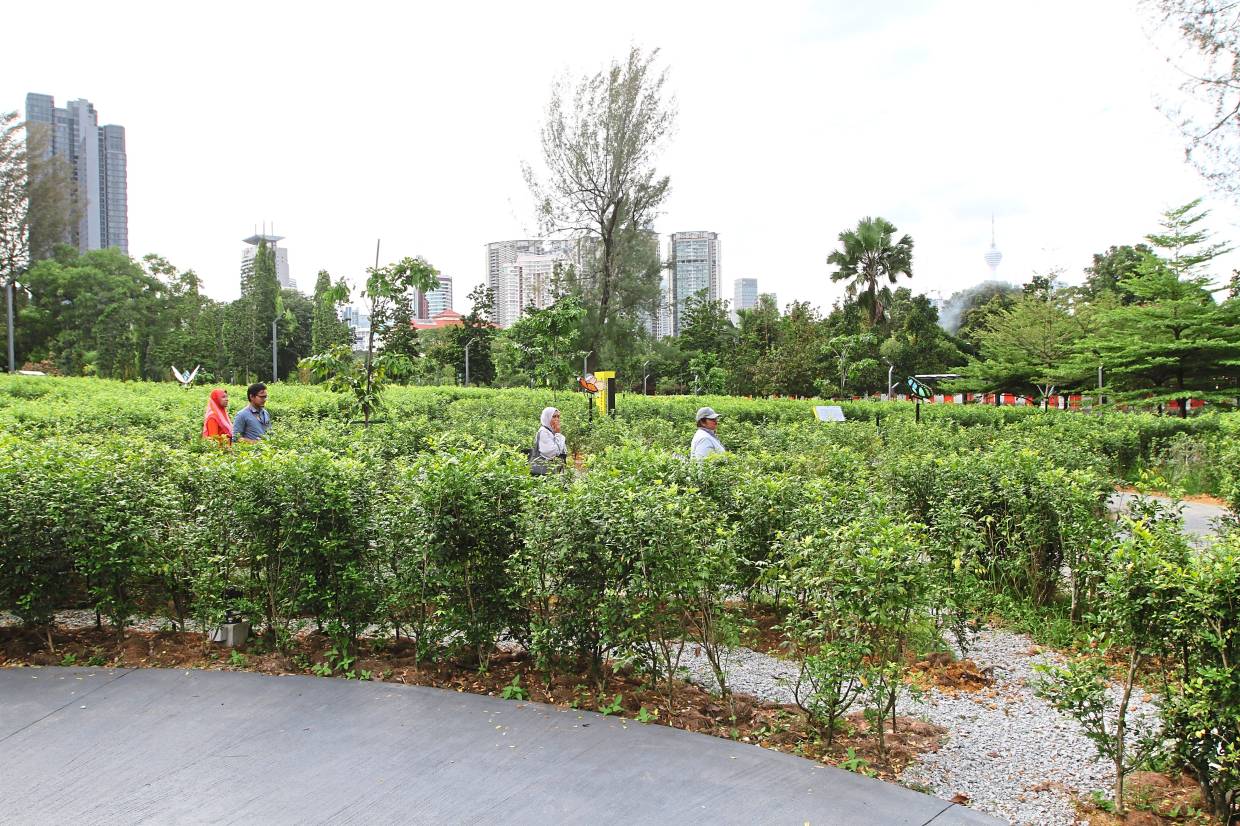 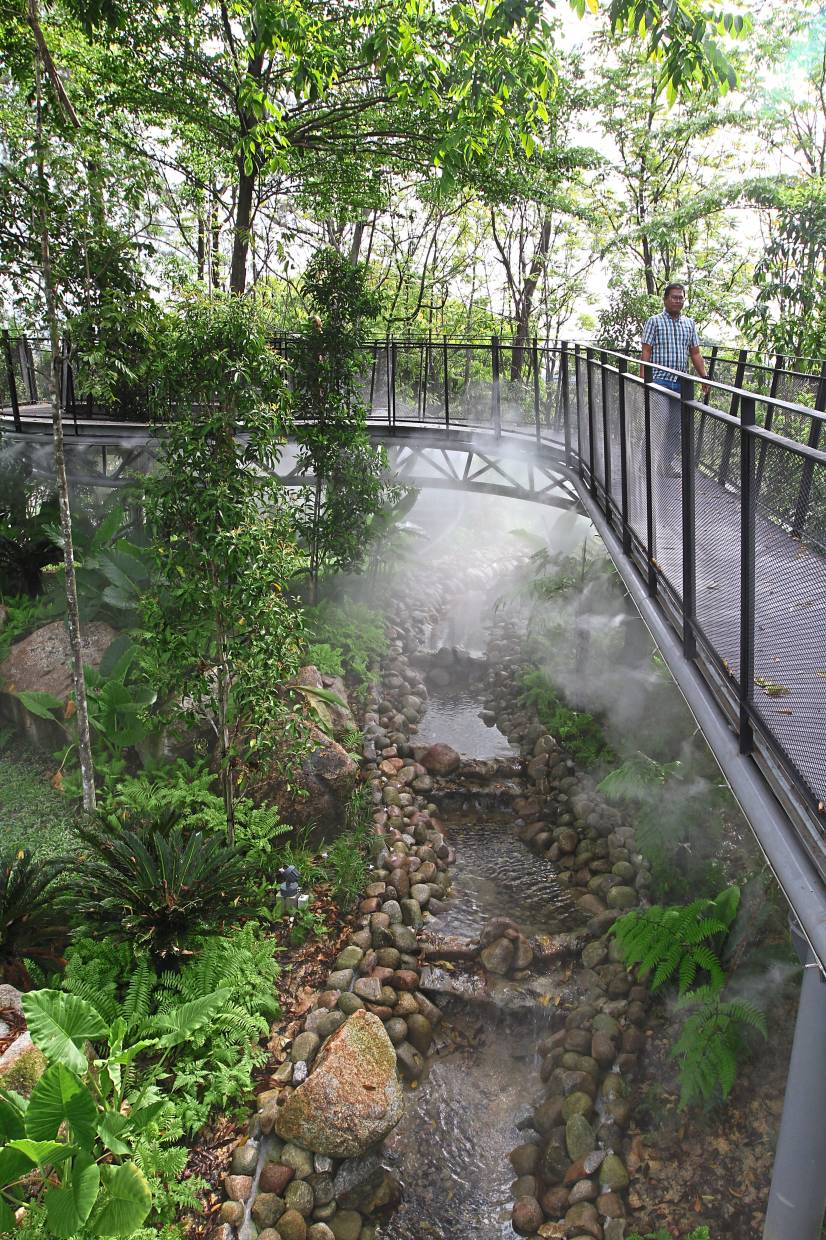 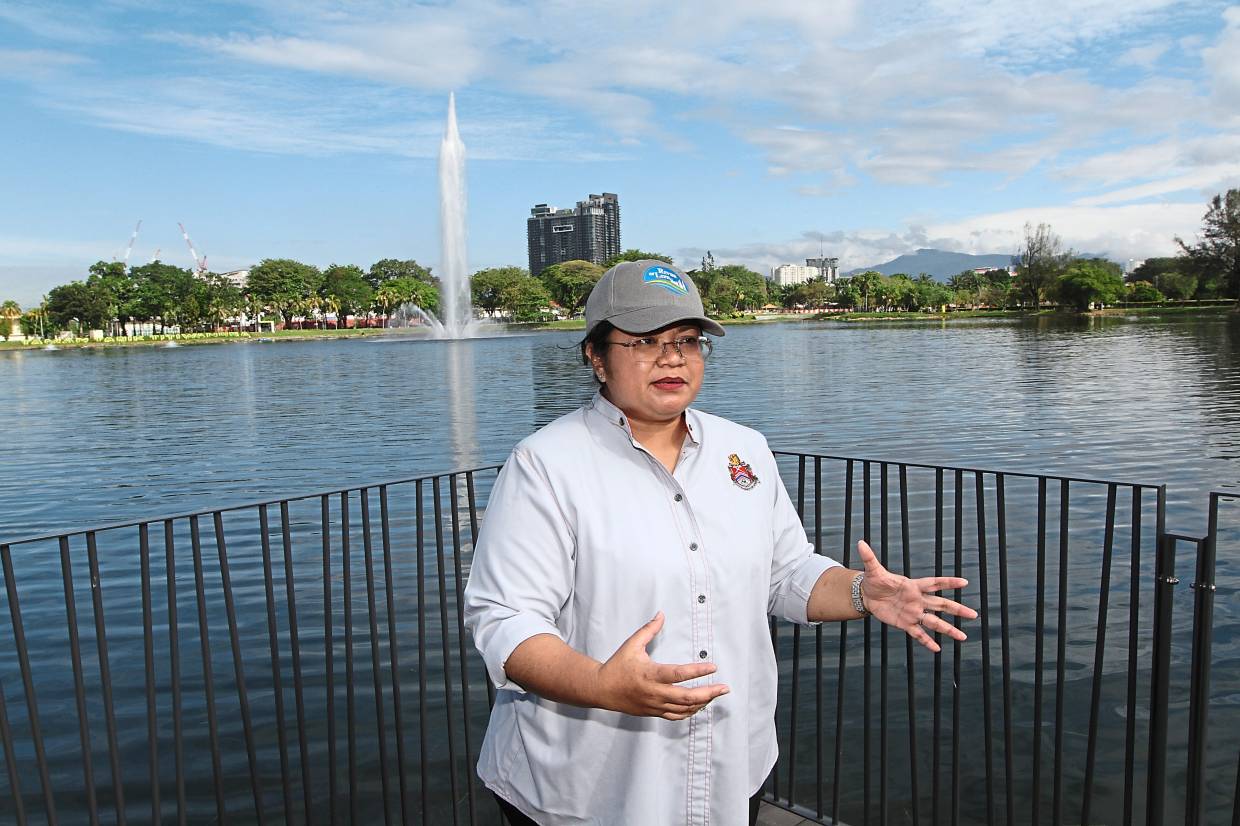 The High Fountain Jet in the centre of the lake can shoot up to 100m in the air. — Photos: LOW BOON TAT and ART CHEN/The Star

The huge playground for children aged six to 12 years.

The Children’s Waterplay Park will operate from 10am to noon and 4pm to 7pm daily.

A man-made river with boulders can be seen under the canopy walk.

Noor Fazlina says aeration of the lake is important to avoid algae overgrowth.

Park-goers eager to use facilities in lake area again