A lively dance performance by dancers from the Majlis Kebudayaan Negeri at the opening ceremony.

State Financial Officer Datuk Sarul Bahiyah Abu, who is Pesta Pulau Pinang 2019 general manager, said the number of visitors to the annual event had been increasing steadily over the past few years.

She also said the estimated profit from sales of booths and tickets was expected to hit RM2.3mil this year.

Sarul was speaking to reporters after the opening of Pesta Pulau Pinang 2019 by the Yang di-Pertua Negri Tun Abdul Rahman Abbas.

The theme of this year’s Pesta edition is ‘Santai Bersama Keluarga’.

Chow in his speech said the carnival had been an indirect bridge to foster goodwill and harmony among the people from all walks of life in Penang and the other northern states.

“There are also 62 programmes which have been arranged for the 31 days of the annual event which comprises programmes based on family, sports and recreation.

“We also have 25 food truck operators this year compared with the 10 we had last year, ” Chow noted.

He added that this year’s event had attracted participation from West and North Sumatra, Aceh as well as a Thailand which is known for its food.

“For the first time also, an e-hailing service company, MyCar, is offering a special promotion of RM2 discount per trip by using MyPenang promo codes throughout the carnival to help with traffic congestion and parking issues, ” Chow said.

“This year together with Seberang Prai City Council, we have also created the Upcycle Park, using recyclable items such as tyres, wooden pallets and plastic bottles to make it more lively for visitors who wish to relax with their family, ” he added.

Guests were treated to dinner while enjoying a host of lively dance performances by the Majlis Kebudayaan Negeri dancers and song performances by Darling, Puteri, Nizam and Cikgu Zul.

Abdul Rahman, accompanied by Chow, later launched the carnival by placing his palm on a digital screen.

The dancers then performed the ‘Jom Pi Pesta’ dance to mark the end of the ceremony. 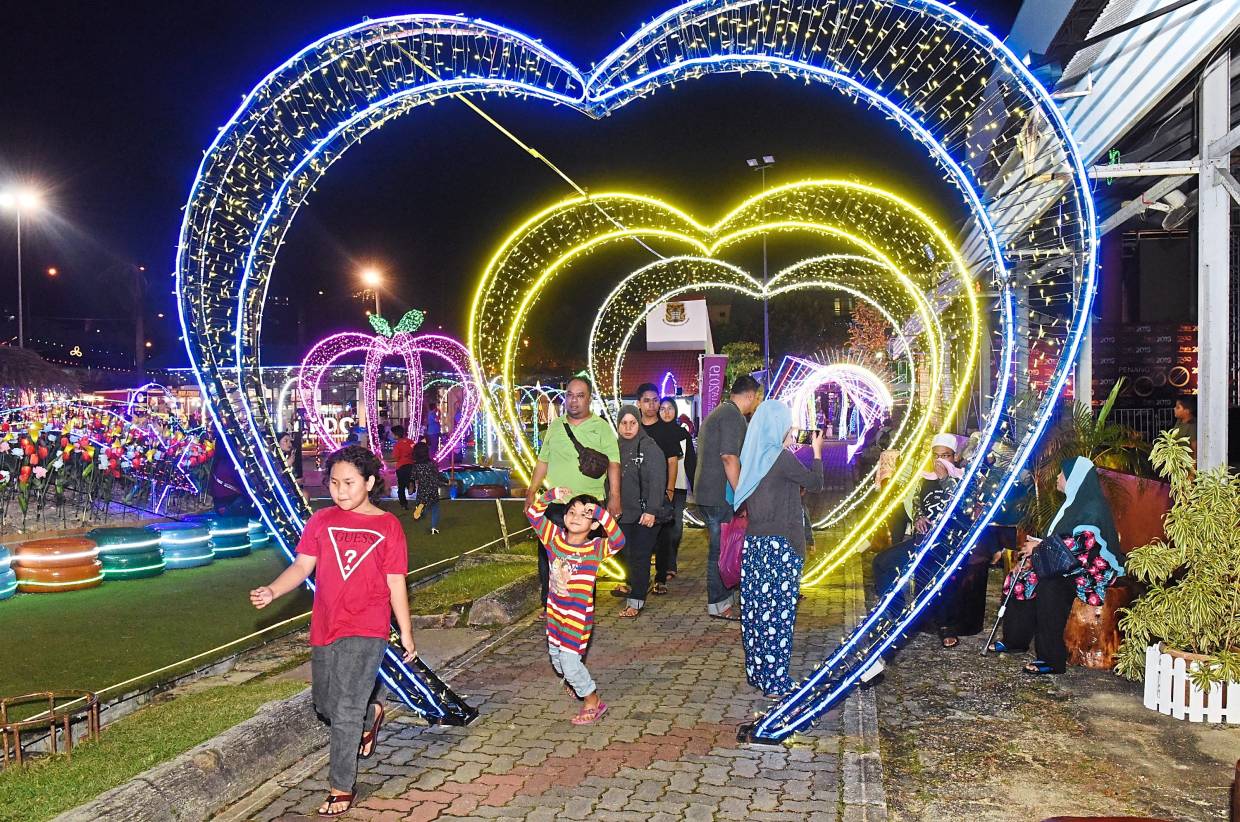 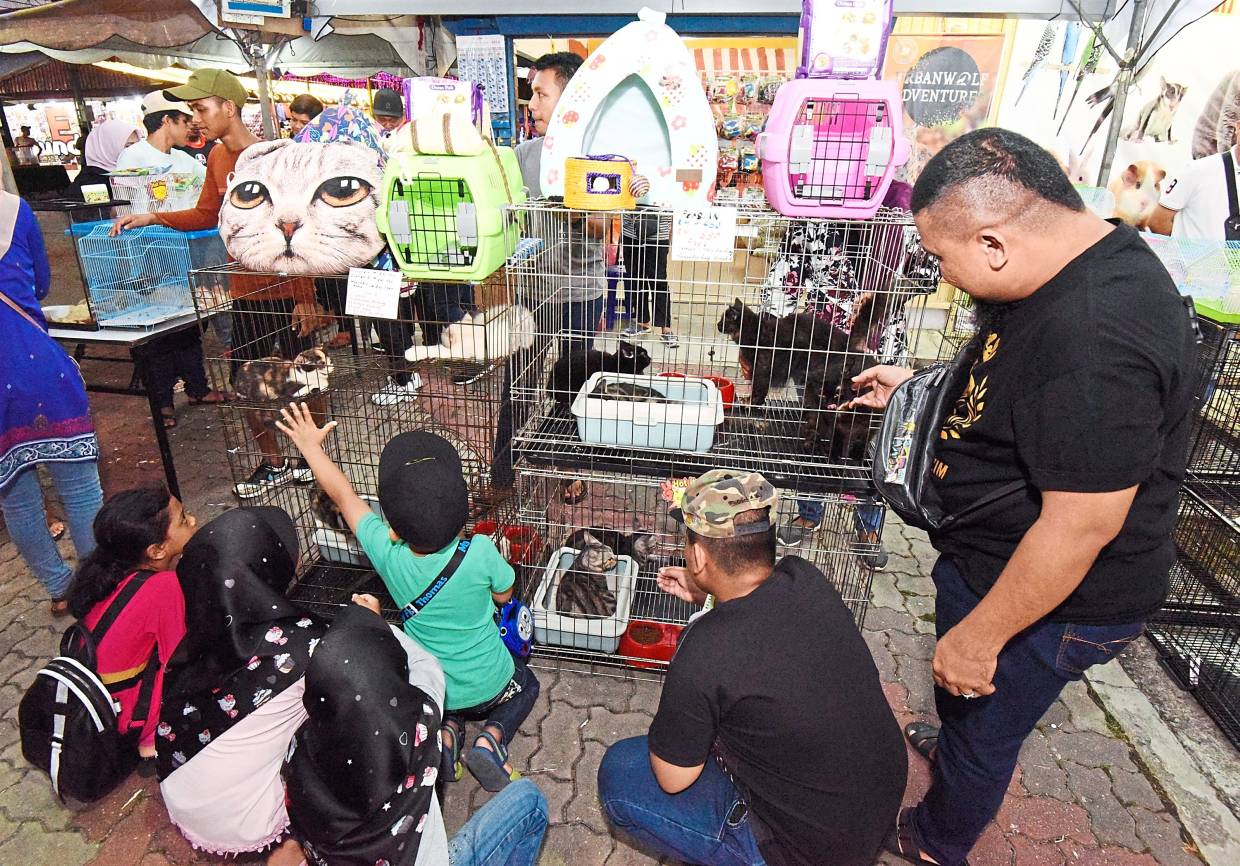 A lively dance performance by dancers from the Majlis Kebudayaan Negeri at the opening ceremony.

Families walking under a heart-shaped LED light decoration at the Pesta site in Penang.

A garden decorated with LED lights makes a nice relaxing spot for visitors to the Pesta.

Visitors checking out the bargains at one of the stalls selling cheap footwear.