JOHOR BARU: The Kiwanis (International) club of Taman Sentosa is targeting to raise more than RM250,000 through a fundraising charity run, Run For C.A.R.E.

The event, which aims to help disadvantaged and unfortunate children, will be held on Dec 14 between 7.30am and 10.30am at CI Medini, the Princess City of Iskandar here.

Its organising chairman John Tok said they were hoping to raise RM250,000, where about 40% of the amount would be allocated to Kiwanis Careheart Centre, 30% to purchase maternal and neonatal tetanus (MNT) vaccines from Unicef and the remaining 30% would be given to the Cambodian school Sopheak’s Friendship School (SFS).

He added that this was the first time the association was organising a charity run fundraising event to help children regardless of race and nationality.

“The centre is dedicated to help intellectually challenged children’s skills training so that they can have a skill and integrate into social life in the future.

“The centre spends about RM50,000 a month and it is quite a large amount as we provide assistance to individual families, ” she said.

She added that the minimum fee was RM400 per month and the centre needed assistance to continue operations.

Sopheak’s Friendship School (SFS) representative Thomas Ong, who is a well-known Singaporean actor, said although the school was one of the beneficiary groups, they decided to donate the original 30% of the donation quota to Kiwanis Careheart Centre.

He also said since the school was able to raise considerable funds in the last activity and temporarily able to cope with operating expenses, it would give the money to more needy groups.

“I just visited the centre and I am very satisfied with the environment there and I understand the urgency to fund its operations.

“After discussing with the school’s representative, I made the decision to give them the funds, ” he added.

The run is divided into two groups of 5km and 8km and registration fee is RM60 for adults, RM30 for children aged seven to 12 years and free for those under the age of seven.

For schools that wish to sign up, if they have more than 10 runners, they will be able to get a special price of RM40.

Currently, about 200 people have registered but the organiser hopes to get 1,500 participants. 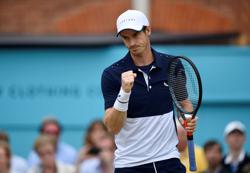