Strength and unity on water

On the second day of the event, the Penang club’s two teams secured first and sixth placing in a race.

The A team emerged champion in the 450m International Premier Open 12 (rowers) category clocking 1:57.56 while the B team came in 6th place in the same category, clocking 2:04.60. 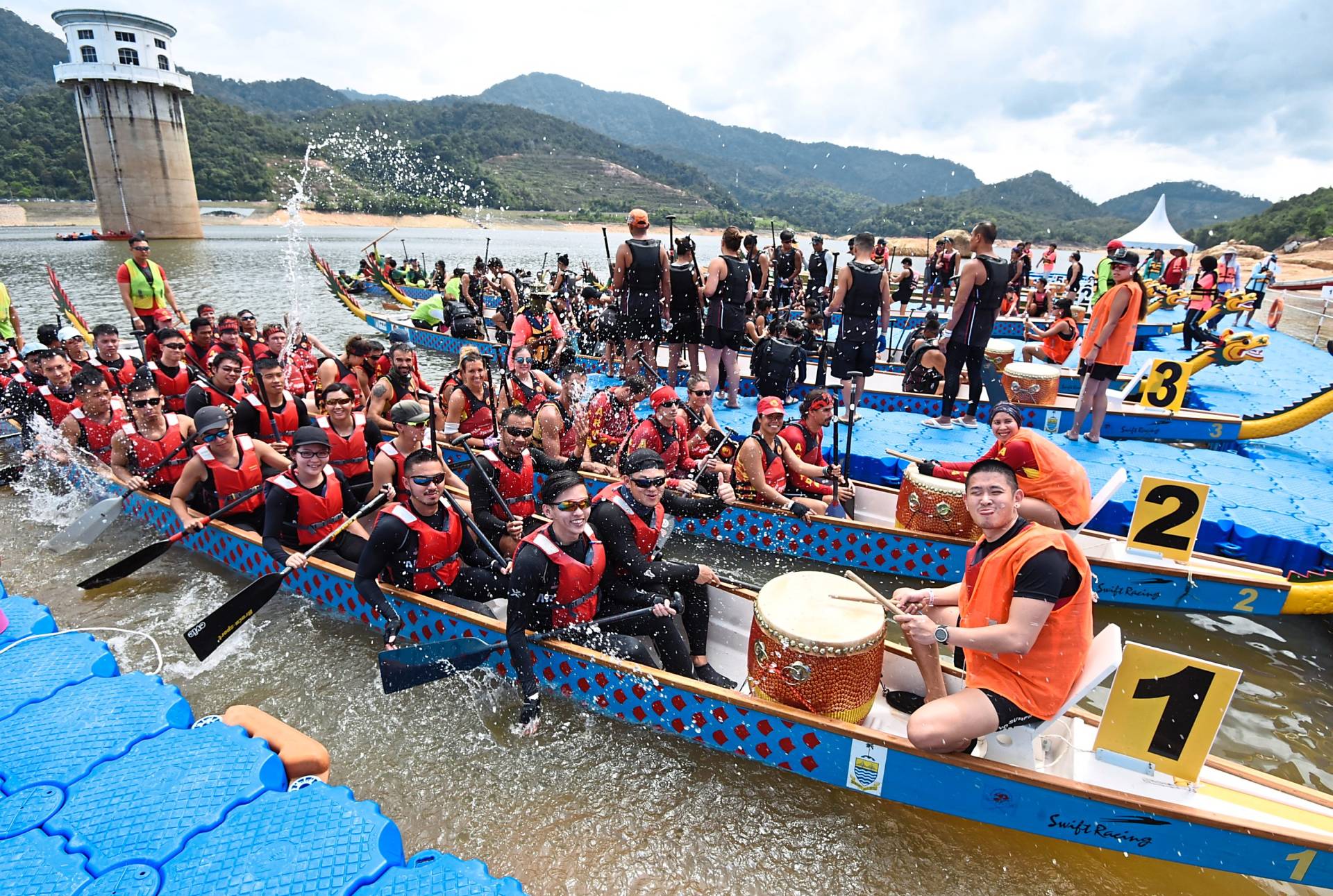 Rowers all geared up for fierce competition.

Saitak Paddle Club, also from Penang, and Podsi Kampar from Indonesia, secured second and third position when they crossed the finish line with a time of 2:02.59 and 2:03.66 respectively.

Earlier, on the first day of the two-day tournament at Teluk Bahang Dam, Pacific West Dragon Boat Club A won the top spot in the 200m International Premier Open 12 (rowers) category while their Club B took the third place.

Pacific West team skipper Muhammad Shazwan Zainuddin said he was proud and happy that his team members had given their best.

“This has been one of our best dragon boat race outings in terms of team spirit and preparation. “Everyone puts in a lot of hard work and commitment which paid off, ” said Shazwan, who has been in the sport for 20 years.

“Our wins were well-deserved as the boys trained so hard for this tournament, ” he said.

Meanwhile, an aborigine team from Taiwan called Amis Youth grabbed their share of the limelight when they won the 450m International Premier Mix 22 (rowers) category. 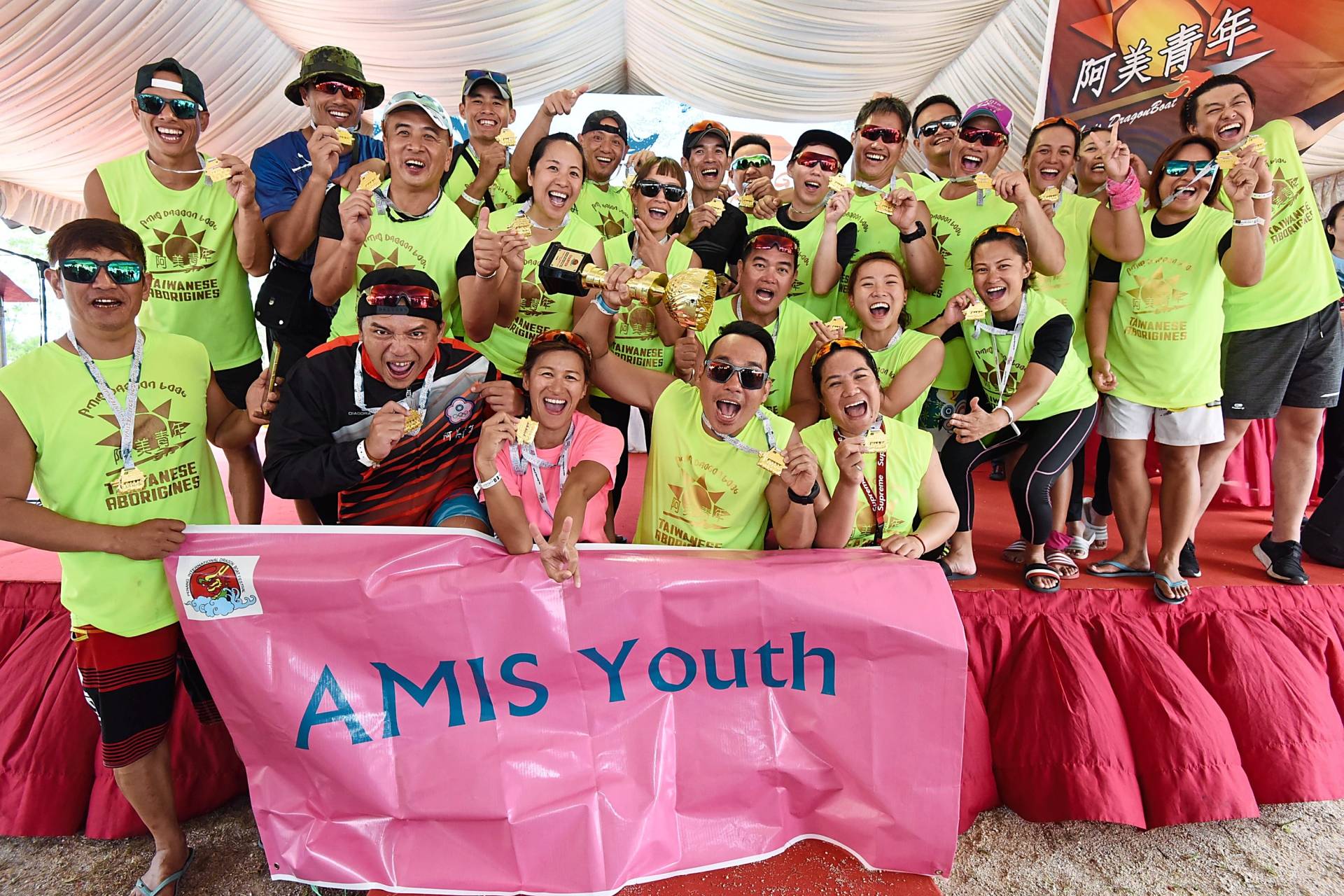 Team captain Tomas Yayo said he was overjoyed, adding that they did not expect to win in any of the categories.

He also said this was the first time the team had won a competition outside Taiwan.

“We did not expect to win as many teams were stronger than us.” 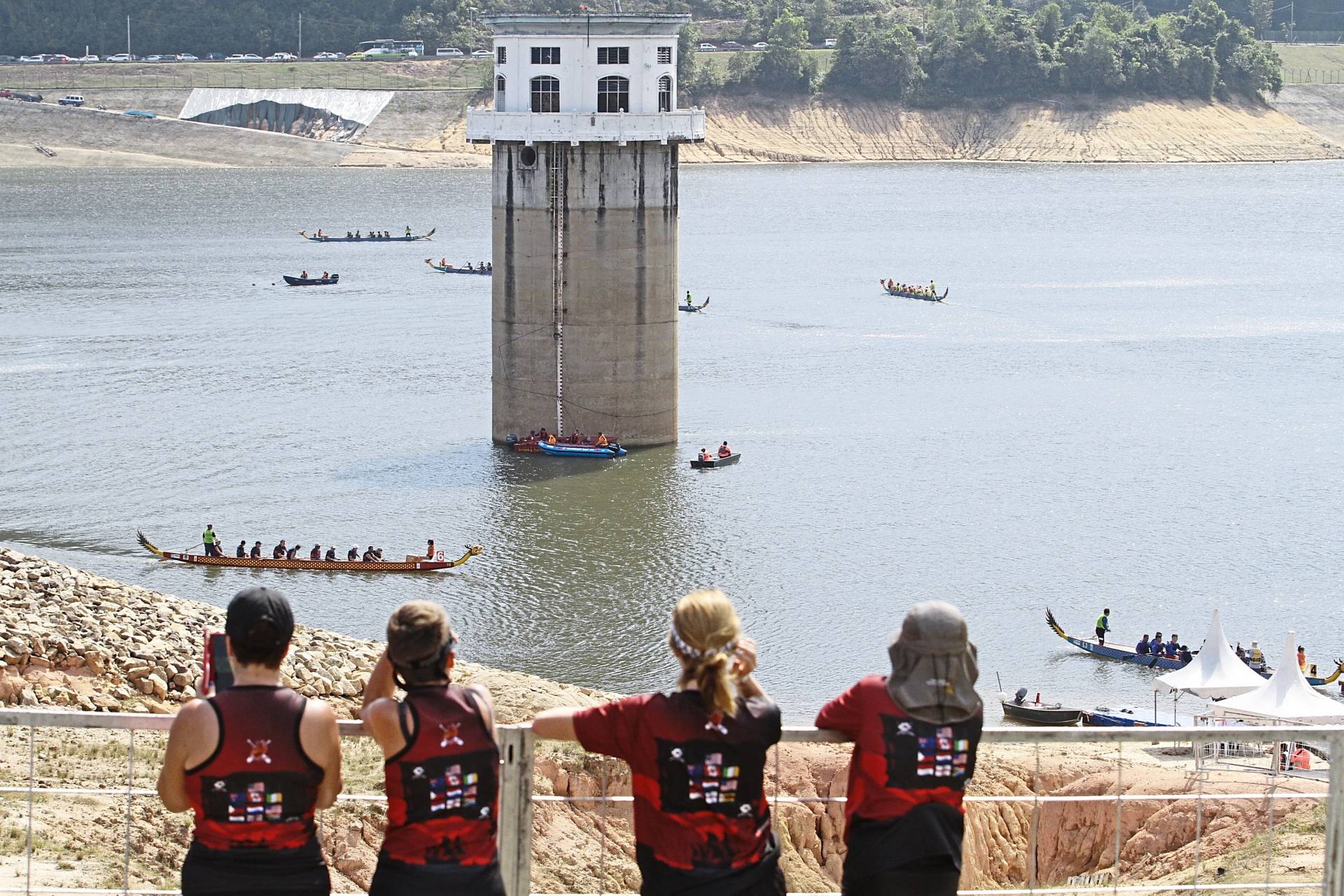 Tomas added that their victory in Penang highly encouraged the team to join other international competitions next year.

A total of 64 teams from 13 countries took part in the annual competition. 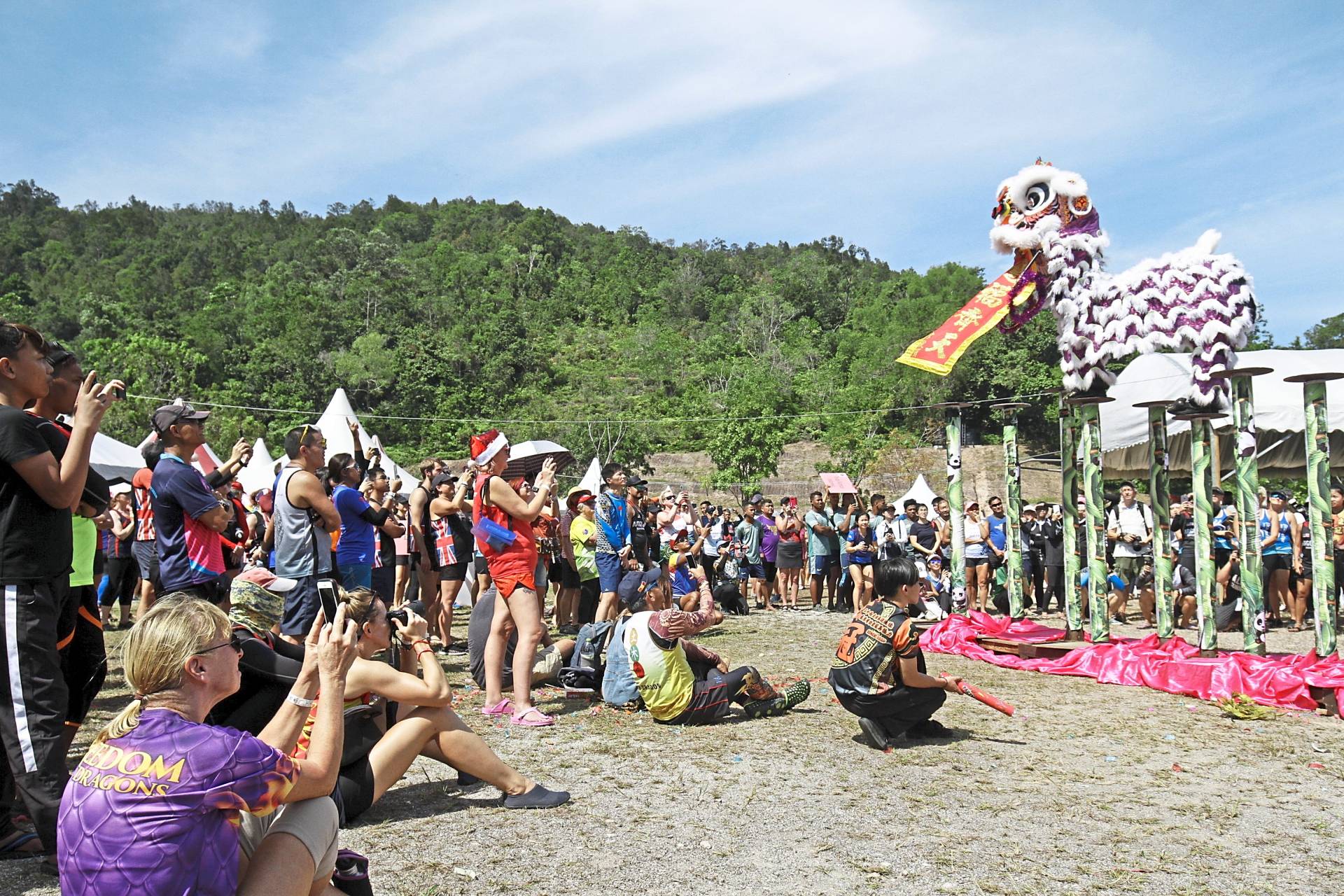 The crowd being entertained by a lion dance performance on stilts.

He said this was among the many initiatives by the state to elevate Penang as a cleaner, greener, safer and healthier state.

Chow also commended the organising committee for their hard work in organising the international event and thanked agencies for making the event a success.