The Commons restaurant at the old Kuching courthouse was once the state legislative assembly room.

THERE are many heritage treasures in Kuching, Sarawak, dating back to the James Brooke era, the first White Rajah of Sarawak, that are interesting to discover.

The Brookes were responsible for most of the early architectural and urban development of Kuching for a century, and traces of them can still be found throughout the state.

But Sarawak as a state is also unique because it was ruled by a family — the Brookes comprising James, his nephew Charles and Charles’ son Charles Vyner — and not by a foreign empire.

Before the Brookes, Sarawak’s coastal parts came under Brunei’s rule.

However, Charles Vyner surrendered to the Japanese during World War 2 and Sarawak later passed on to the British as a colony.

While walking along Jalan Main Bazaar that faces the famous Kuching Waterfront, we stopped by the Kuching Old Courthouse, built in 1874 — a place that hosted many historical events, including the state legislative assembly sitting between 1878 and 1973.

During our tour, we learned that the building housed government offices, including a printing office, and hosted state ceremonies then.

Upon entering the premises, one is greeted by the majestic clock tower, built in 1883, and the Charles Brooke Monument built in 1924 by Charles Vyner to honour his father.

The architecture of the courthouse is very distinctly colonial baroque, flanked by the spacious and airy verandah and big pillars.

Belian (ironwood) roofs make up this magnificent structure that natives remember until today.

There is also an iron fence with intricate designs that surround a smaller verandah at the front of the building, depicting a classic Rome influence.

Our local tour guide Seth Peli revealed that during James’ reign, the first White Rajah used to sit with a spyglass to monitor staff who arrived late to work.

“He would look at his watch and see who came in after 8am, and he would then ask one of his servants to send a note to the latecomer which said ‘See me later’.

“He was known as someone very strict and punctual with time, ” said Seth.

After the legislative assembly and government offices moved out in 1973, it was later used as the administrative centre of the High Court of Borneo (now the High Court in Sabah and Sarawak) and magistrates.

Charles also introduced a public administration system and built a strategic network of fortresses, including Fort Margherita, influencing the mass migration of the Chinese, growth of rubber plantations, oil prospecting in Miri, and setting up of the Sarawak Museum.

The famed Sarawak Rangers and Sarawak constabulary also took place during his reign.

In an article titled Brief History of Kuching Court Buildings, it is stated that “the courthouse was known as one of the most majestic buildings that had ever been built during Brooke’s era in Sarawak.

“The panelling of the courtroom ceiling bore Dayak motifs depicting the tradition of the folks from Baram who helped to design and complete it in 1951.”

But while we were educated with some fascinating facts about the courthouse, my eyes darted towards a fountain currently located in the courtyard’s lush green gardens.

“The mileage distance of towns or housing estates are measured from here as the old courthouse was also the site of Sarawak’s first post office, ” he added.

In an online news article, it said traditionally for Kuching,

the mile zero marker was at the centre of the courtyard of the old courthouse.

Here, there used to be a big old tree that was later struck down by lightning.

Kevin said people in Sarawak often referred to locations in the city by using the word “mile” such as Batu 3, Batu 7 and more, instead of kilometre.

After major renovations and upgrades throughout the years, the old courthouse is now a swanky and modern event space that is also the Sarawak Tourism Complex.

Restaurants there such as Commons and The Den boast

contemporary designs but still retain the rustic cultural heritage as it was once used by the Rajahs of Sarawak as a legislative assembly hall.

“This is where they would meet the local chiefs and discuss issues of the day, ” said Kevin. 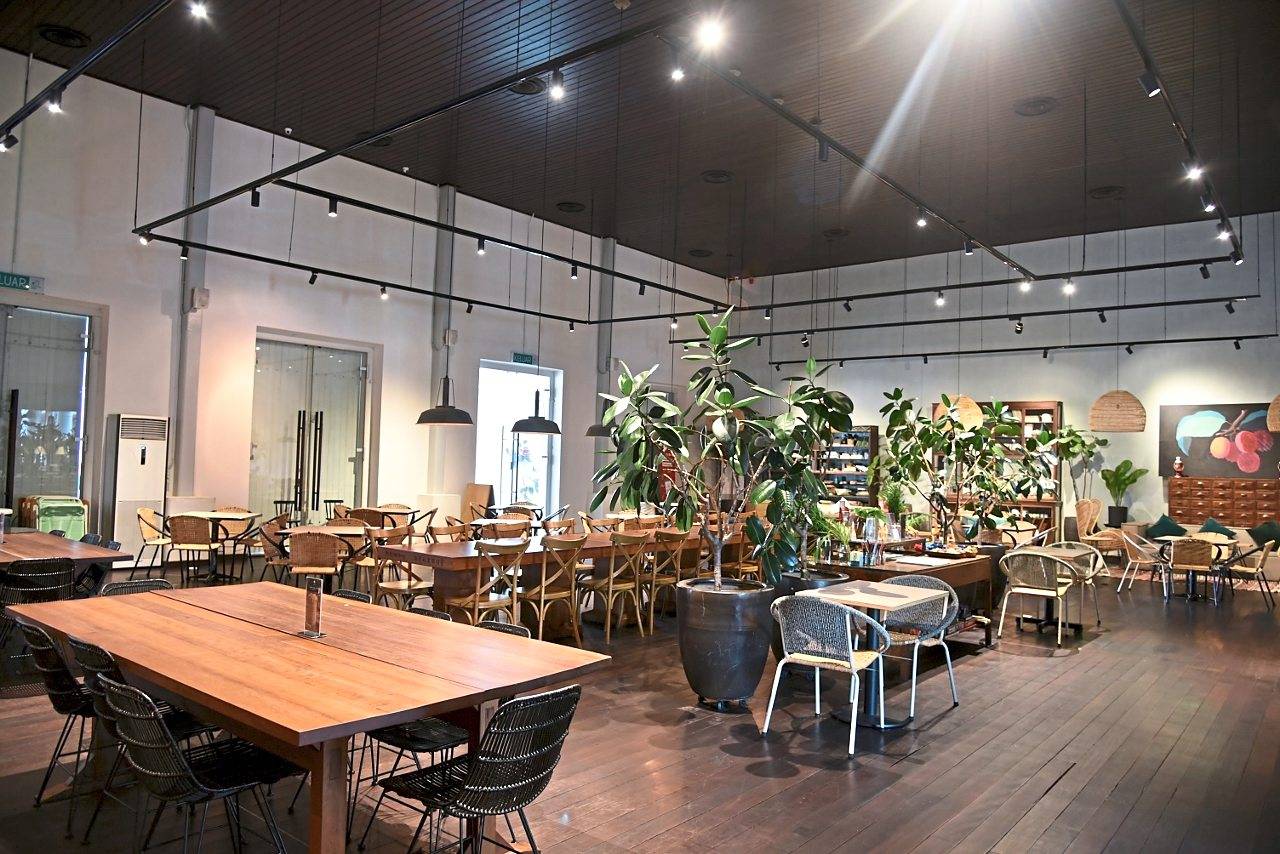 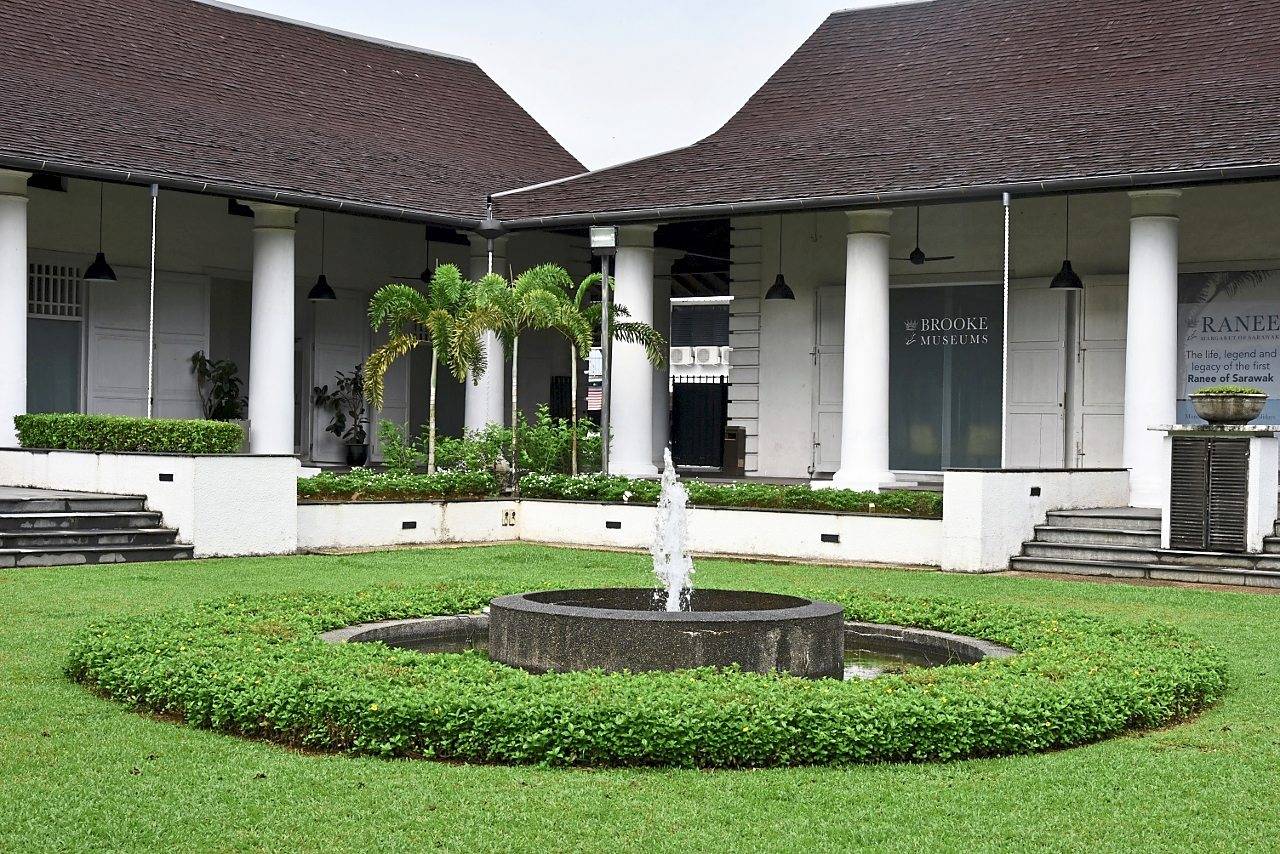 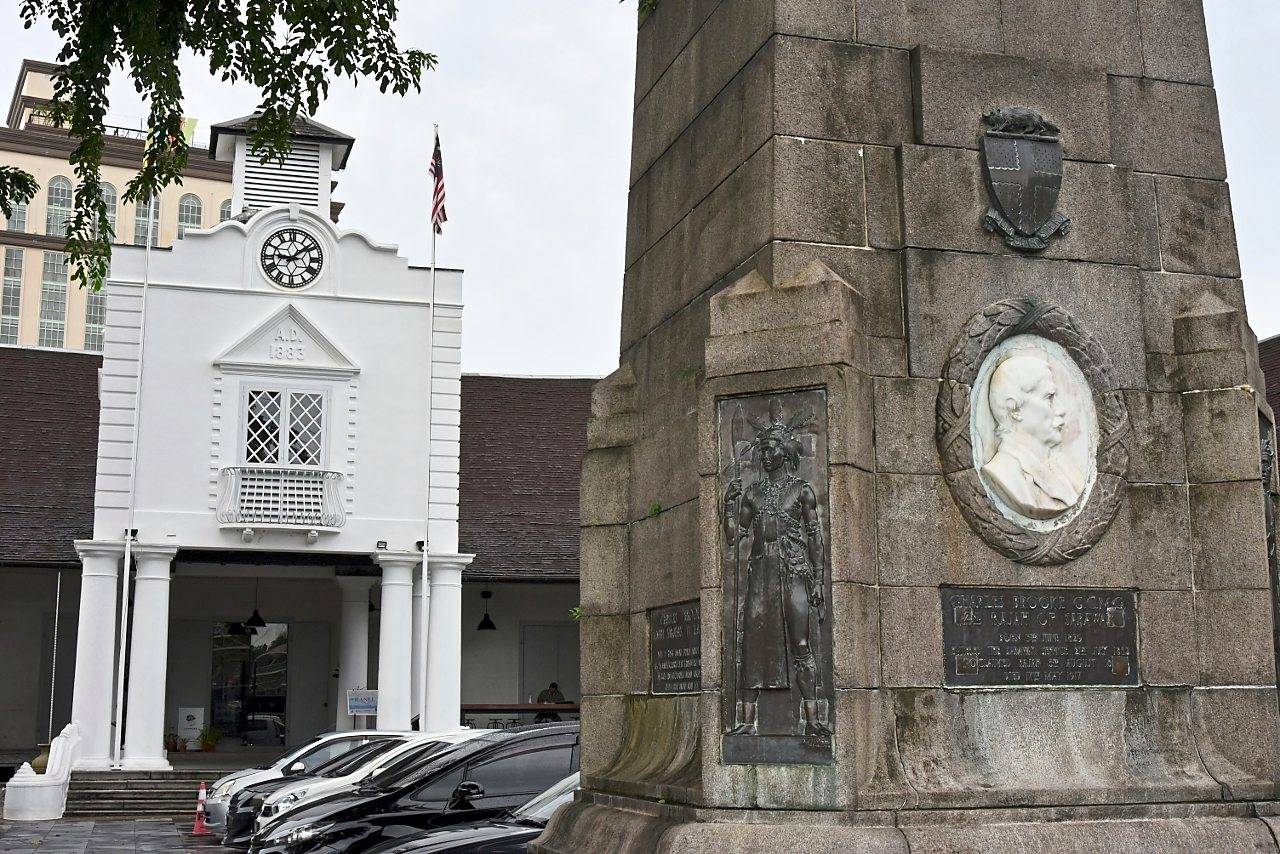 The Commons restaurant at the old Kuching courthouse was once the state legislative assembly room.

‘Mile 0’ of Kuching is identified by this fountain at the old Kuching courthouse.

A sign showing The Ranee Museum at the old Kuching courthouse.