(From right) Desmond showing Dr Ong and Siew Ki some of the products in Oversea Lighting and Electric factory.

FACTORIES in Balakong, Selangor, will open their doors to visitors once stakeholders have ironed out the finer details required for industrial tour packages.

In announcing this, Deputy International Trade and Industry Minister Dr Ong Kian Ming said this would allow factory owners to promote their brands and give investors an insight into Balakong’s manufacturing capability.

In highlighting Balakong’s credentials, he said the area had the largest number of SMEs in the country and an estimated 50% of the sales from these factories were transacted in Selangor.

Kampung Baru Balakong is the largest of the four, spread over 21.04ha.

“The area was gazetted as Chinese reserve land before Merdeka. “A majority of the industrial parks were developed by the landowners who turned it into an industrial area between the late 1970s and early 1980s.

“The area boomed 20 years ago after SILK Highway was completed.

“Today, half of the factories are exporting and no less than 10 manufacturers are public-listed companies, ” said Pang, who is also president of the Chinese Chamber of Commerce and Industry for Balakong.

The remaining element industry players will have to decide on are what stories will hold visitors’ interest and how they will be presented.

“We were young, brave, full of ambition and admittedly not too fixated with academic pursuits.

We had goals but we did not over-plan. We took things a step at a time.

“Many of us started without loans and worked 12-hour days. But we took it in stride because the mindset was to go into business. It was seen as more rewarding than being an employee, ” recalled Kong who came to Balakong in 1994, making shelves and supermarket trolleys.

That Balakong was once the domain of gangsters in the 1970s would be an interesting chapter to explore.

In reality, the “gangsters” were enterprising men who offered security guard service to factory owners for a fee to ensure equipment, property and grounds would be safe from theft, vandalism and trespassers. The area is a hive of activity during the day but at night, it is mostly quiet.

There is a unanimous decision that the name of one local hero is to be preserved.

Jalan Kuan Poh Fatt, a main road in Kampung Baru Balakong industrial park, is named after the second KBBIAA president. Kuan held the position from 1996 to 2001.

Kong said the honour was bestowed on the late Kuan, who headed one of the biggest aluminium factories in South-East Asia during his lifetime, for the progress he brought to the association.

Kuan died in 2001. His next of kin continues to run a factory in Balakong today.

It is uncertain if Kuan’s surviving family would be interested to set up a museum of sorts in remembrance of his work and contributions, but it is an idea to ponder on.

Factories who have expressed interest in opening their doors to visitors may also need to rethink how they are able to safely accommodate visiting groups.

During a meeting with Ong, Yu-Ai Food Industries managing director Leong Kam Onn opined that entry into food production areas where their kaya (local jam made from egg, sugar and pandan) was made would not be ideal. This is for fear of cross contamination and risk of accidents.

As such, entry into production areas of this segment of industry was best reserved for experienced personnel and inspections by government departments, he said.

As solution, Leong has set up a viewing gallery housed within a clean room where large windows allow unobstructed views of a mooncake assembling line and an overhead view of the production floor below. This is the same route potential investors are taken to when they want to inspect Leong’s factory.

So far, Leong has impressed investors from Singapore, Taiwan, Vietnam, Brunei, Thailand, the Philippines and Indonesia.

At the moment, food samplings are carried out in a meeting room in Leong’s office. But he mayconsider setting up a small cafe where guests can try or even buy the factory’s melt-in-your-mouth mochi once the frequency and number of visitors increase.

One thing visitors will not be starved of is the element of fascination.

At the Oversea Lighting and Electric (OLE) factory, managing director Datuk Desmond Wong is known to make visitors gasp by dunking an entire LED headlamp into a bucket of water.

If there is anything he is eager to show, it would be the waterproof sealing gasket used in his new range of highway LED street lights which have been in production since 2017.

A quick tour through Desmond’s factory takes 45 minutes, longer if visitors have questions.

Other than fulfilling the educational aspect, he wants visitors to walk away with the knowledge that his is not a mere assembly line.

A majority of the components in his LED street lamps, such as the waterproof gasket and the extendable lamp panels, are products of in-house design.

“We have just obtained the ‘Made in Malaysia’ certification from Domestic Trade and Consumer Affairs Ministry (KPDNHEP) this month. And we are exporting to 12 countries including Australia, Spain and Germany, ” he said.

As to whether allowing visitors into his factory would expose his business to industrial spies, Desmond countered that as long as one had the ability to innovate, there was nought to fear.

Curating exhibits and assign staff to look after the logistics associated with welcoming tour groups will be a crucial requirement.

That aside, KBBIA vice-president and executive secretary Alan Hoh said all parties must work together to make the plan a success.

“For example, KBBIA is still responsible for the roads in Kampung Balakong Baru.

Maintenance fees are collected from association members who pay up to RM2.95 per square foot, based on the area of land owned. Part of this fee is used for road repairs, which is done from time to time.

“By 2020, the association will surrender these roads to Kajang Municipal Council (MPKj). We hope improvements can be done when the council takes over, ” said Hoh.

Hoh stressed the need to settle the issue of illegal factories, especially those with pending status as their presence would not sit well with potential investors.

He said the associations were already working on this issue.

“We have been telling members to submit applications for factory extensions since last year, ” he added.

Illegal dumping is another bone of contention here.

MPKj councillor Billy Sun has managed to garner the help of concerned factory owners like Desmond to set up closed circuit television cameras at hotspots.

Though culprits have been caught red handed and guilty parties dealt with, the act continues, much to the chagrin of factory owners.

If the problem is not curbed when tourists start coming in, it will be an embarrassment for not only the area but the country as well.

“They will look at the smallest details. In my case, I had to change my signboard from Yu-Ai Confectionery to Yu-Ai Food Industries to assure them that my factory was processing food products, ” he said.

With the industrial tours originally targeted for roll-out last year, Balakong assemblyman Wong Siew Ki said a survey trip was made to Taiwan to see how industrial tourism was done there.

Joining her on this self-funded five-day trip to Taipei were 11 factory owners and local councillors who have industrial parks in their areas.

The group visited seven factories that showcased their history, processes and products.

“Small and medium enterprises (SMEs) can transform their factories to cater to industrial tourism. Taiwan has more than 2,000 factories that are doing so. This sector earned Taiwan up to RM600mil a year, ” said Siew Ki.

Naming schoolchildren and investors, both local and foreign as target audiences, she said if just 10 factories in Balakong were able to take part, it would do as a start.

The Chocolate Museum by DR Group Holdings in Kota Daman-sara, Petaling Jaya and BOH Tea Plantation in Cameron Highlands (though the latter is not an SME) are examples of manufacturers who have allocated space and effort to welcome tourists to their factories and give them an insight into how their products are processed. 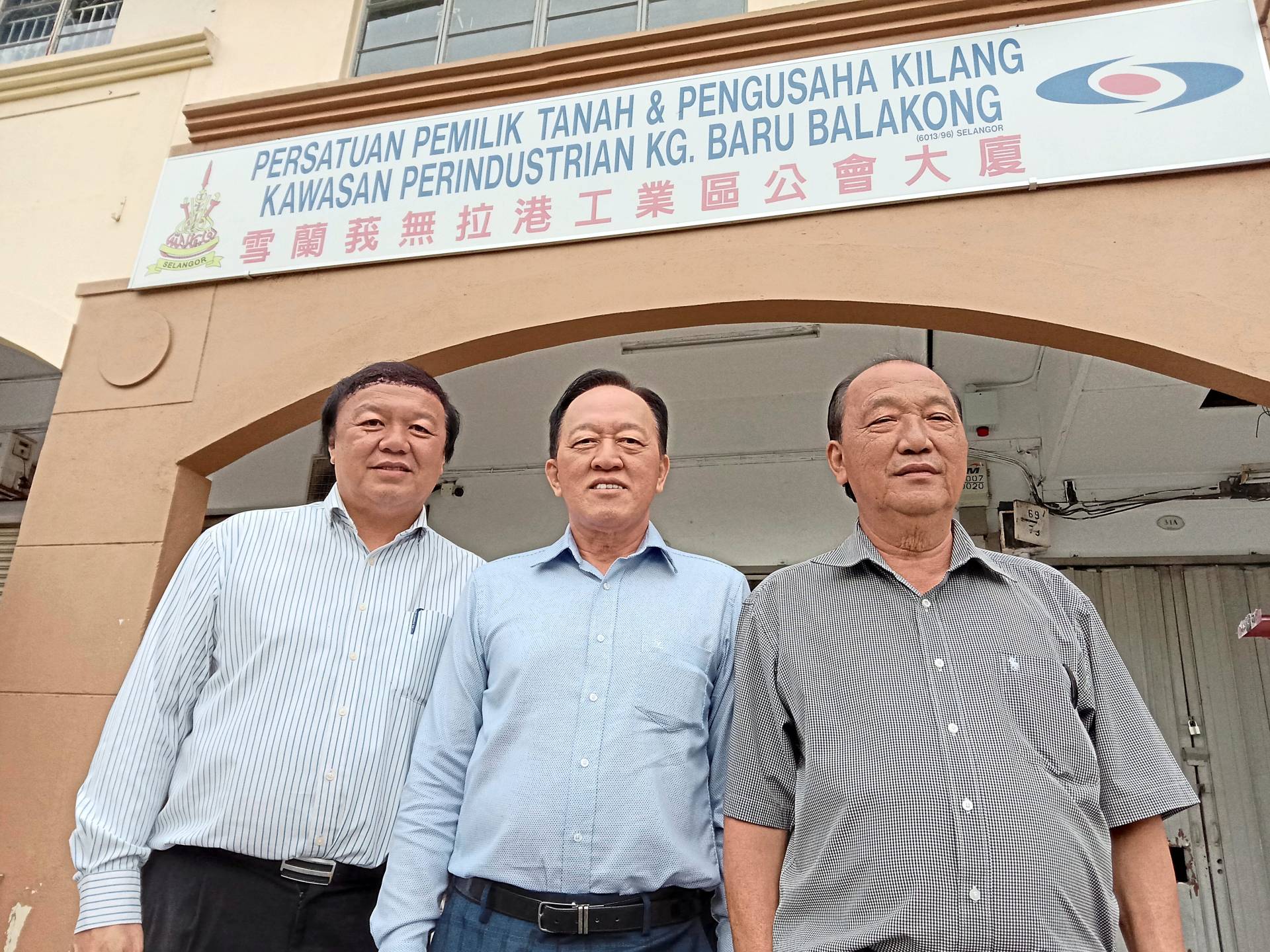 (From right) Desmond showing Dr Ong and Siew Ki some of the products in Oversea Lighting and Electric factory.

An Oversea Lighting and Electric worker placing LED panels into water-tight casings in the Balakong plant.

Visitors to Tuck Hua Metalworks will learn how metal sheets are turned into shelves.

(From left) Hoh, Pang and Kong.

A worker stirring a huge pot of 'kaya' at the Yu Ai Food Industries factory in Balakong.

Workers at Yu-Ai Food Industries packing products at the factory.

Leong (left) explaining one of the food processes to Dr Ong at Yu-Ai Food Industries’ plant in Balakong.

A worker looks over a big pot of mochi dough at Yu Ai Food Industries’ factory in Balakong. The company may consider setting up a cafe for visitors to try the delicacies.

A wire cutting machine ensures uniformity and copper wires inside their protective plastic wrapping are not bruised at the Oversea Lighting and Electric factory in Balakong.