Fazrul says the holes in the nets used by the Orang Asli are more than two inches in size to prevent fish fry from getting caught in the net.

The existence of primitive species such as the arowana is proof of the age-old ecology of the lake bed, he said.

“The arowana is an ancient species of fish that is very sensitive to the water environment and cannot survive in polluted water. Its ability to survive in Tasik Kenyir proves the stability of the ecology that has formed here, which even has primitive elements even though the lake itself is an artificial one, ” said Fazrul, who is a senior lecturer in fishery technology and fish ecology at UMT.

Speaking at an event on UMT’s research efforts in Tasik Kenyir in Hulu Terengganu, he also attested to the lake’s unbeatable water quality.

“The water does not become murky even during rainfall, ” he said.

“The fact that the water in the entire lake is freshwater and not brackish is also an indication of the water quality, ” he added.

The 38,000ha Tasik Kenyir, the biggest man-made lake in South-East Asia, also has an adequate depth and a sound food chain ecosystem with the presence of phytoplankton and zooplankton, as well as insects on the lakeside, that serve as food for the fish.

The arowana found in the lake are the Red Arowana, Golden Arowana and Pearl Arowana species that have high commercial value.

Fazrul said other fish species found in Tasik Kenyir that are also highly sensitive to the environment are Malaysian mahseer or ikan kelah and freshwater siakap.

In January 2006, Tasik Kenyir authorities opened an ikan kelah sanctuary at Sungai Petang that serves as a rehabilitation, conservatory and breeding zone for the fish.

The sanctuary is open to tourists who can experience the excitement of swimming with thousands of ikan kelah.

The fish is protected by the Terengganu Inland Fisheries Regulations 1988 (under the Fisheries Act 1985), hence no fishing is allowed there.

Rangers are at hand to check the bags of visitors to ensure no one smuggles the ikan kelah out of the sanctuary.

Under the Fisheries Act 1985, anyone convicted of catching, killing and possessing fish from a restricted area face a maximum fine of RM1,000 or jail of six months or both.

Fazrul said other fish species found in Tasik Kenyir that are also sought after by the public for their tasty flesh are tapah, baung, sebarau and lampam jawa. Interestingly, the local communities, especially the Orang Asli living in the Tasik Kenyir area, still adhere to artisanal fishing practices not found elsewhere.

The Orang Asli community here also carry out tuba fishing activities but instead of poisonous substances, they use the roots of certain trees as bait to attract the fish, he said.

He also said that their tendency not to overfish is one of the reasons for the sustainability of Tasik Kenyir’s fish population.

“They just catch enough fish for them to eat. They will only sell fish if they happen to catch more than they need. Also, the holes in the nets they use are more than two inches in size to prevent fish fry from getting caught in the net, ” he said.

The Tasik Kenyir area also possesses its own geological, archaeological and cultural heritage.

In 2014, university researchers discovered dinosaur fossils, including several footprints, bones and teeth in Mount Gagau in the Kenyir area.

Meanwhile, UMT Tropical Biodiversity and Sustainable Development Institute chairman Dr Hazman Samsudin said UMT has been given grants by the Education Ministry to carry out research on how the area’s tourism potential can be harnessed for the local community’s economic empowerment.

The university is collaborating with the Wildlife and National Parks Department and Tourism, Arts and Culture Ministry to conduct training for youths to become tour guides.

Hazman said the time was ripe for Tasik Kenyir to be declared a geopark in order to boost the area’s tourism industry which, in turn, will enhance the local communities’ economic status.

“When there are economic activities in the area, youths will not want to migrate to urban areas in search of jobs. This will also ensure the culture of the local people is preserved, ” he added. – Bernama 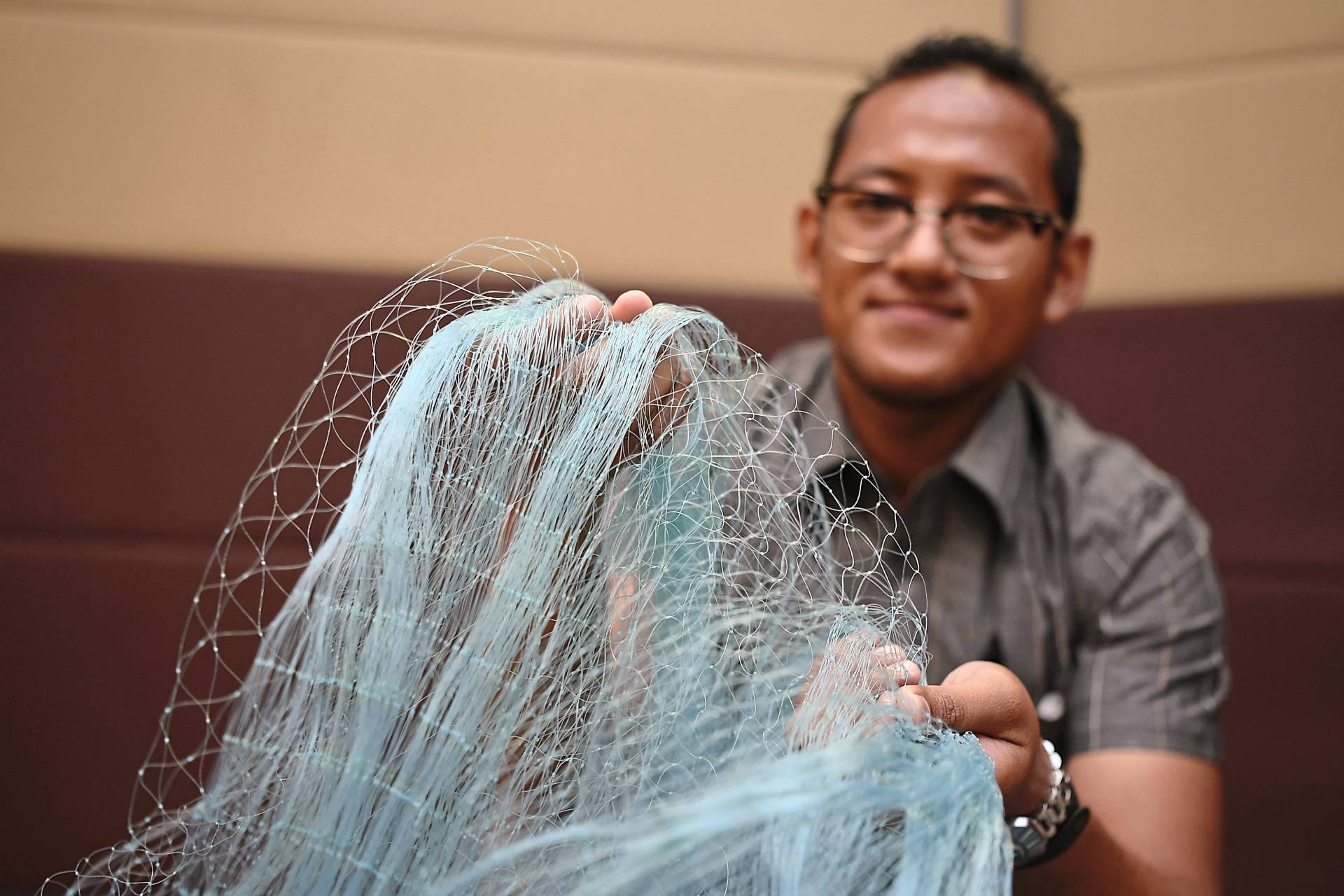 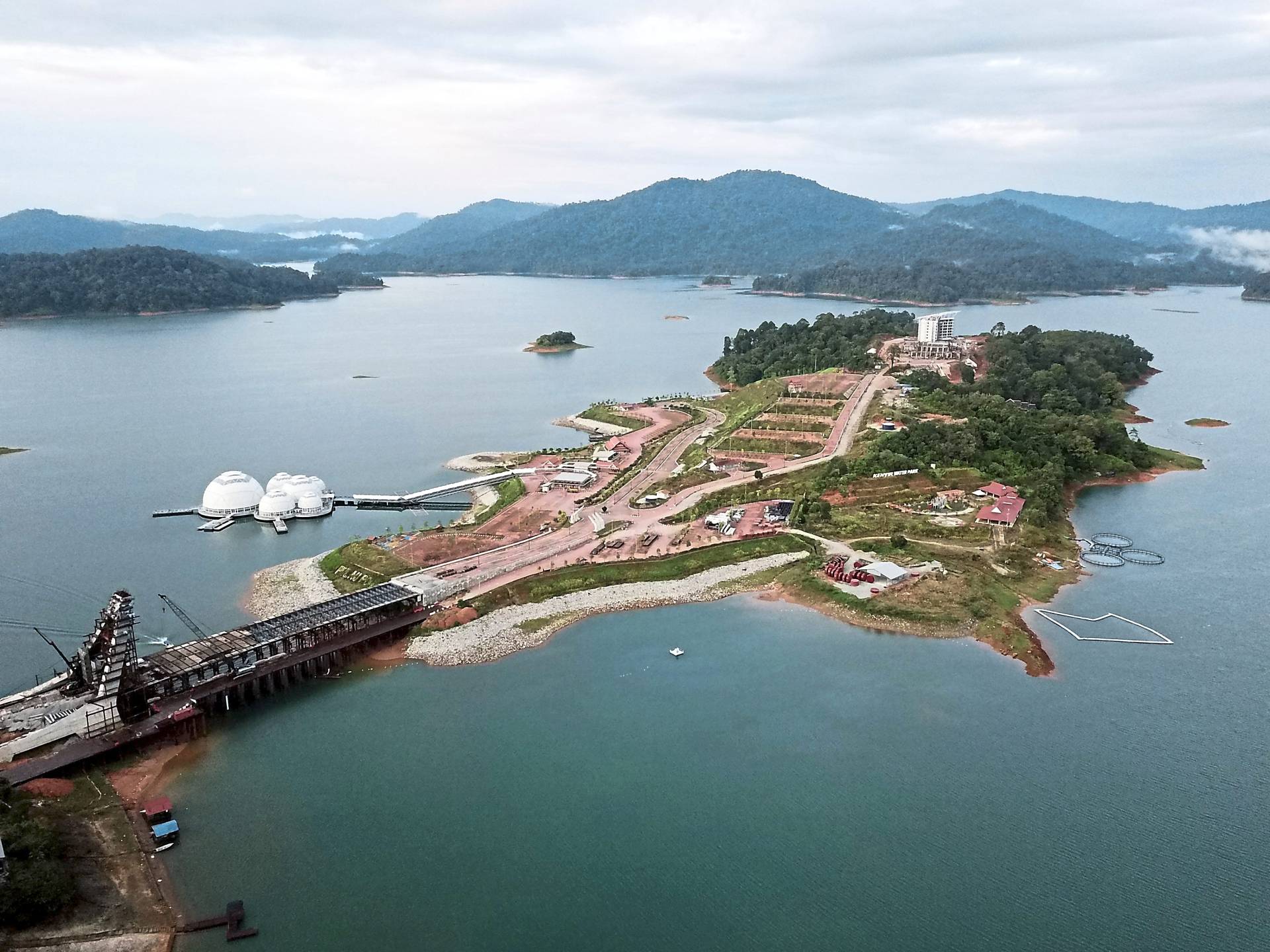 Fazrul says the holes in the nets used by the Orang Asli are more than two inches in size to prevent fish fry from getting caught in the net.

The ikan kelah sanctuary serves as a rehabilitation, conservatory and breeding zone for the fish. The sanctuary is open to tourists who can experience the excitement of swimming with thousands of ikan kelah. — Bernama 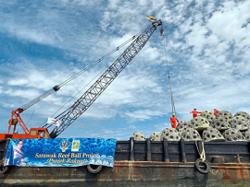 CM: We will deploy 16,800 reef balls along the entire coast from Tanjung Datu to Lawas