More people visit the museum during school holidays, especially at the end of the year.

THE National Museum is not just a tourist attraction but also a place to showcase the nation’s rich historical and cultural heritage.

In other words, it is a matter of national pride.

Its purpose is to preserve artefacts while simultaneously providing an active learning experience for visitors.

Located in Jalan Damansara, Kuala Lumpur, the National Museum first opened its doors to the public on Aug 31, 1963.

There are also a few outdoor exhibits on the museum’s grounds.

The National Museum and other museums in Malaysia are under JMM, and JMM is under Tourism, Arts and Culture Ministry.

“Funding comes through JMM from the ministry and the amount is announced at the Budget every year,” said National Museum director Zamrul Amri Zakaria.

He said the museum had its eye on an expansion for some time now.

“We want to expand and we have proposals for that. But we had to consider other factors such as finances and the building itself,” he added.

When the first prime minister Tunku Abdul Rahman announced plans to build a national museum, many people came forward with donations to help turn the vision into a reality.

“We have been collaborating with private companies on programmes but that is all,” said Zamrul.

“We have not received any funds from corporations for our expansion.

“Of course, we are keeping the option open for possible public-private collaborations in order to expand.”

Another factor hindering expansion is the building itself.

Inspired by Malay architecture, the unique structure falls under the National Heritage Act 2005, which replaces the Treasure Trove Act 1957 and Antiquities Act 1976.

Any plan for renovation, repairs or expansion must go through National Heritage Department.

structure to the other facilities outside.

“This is a 56-year-old building so any work on it might damage the structure,” said Zamrul.

When asked whether the entrance fees

collected was enough to cover the maintenance cost, he said the money went into the JMM consolidated fund.

“The funds are shared among the museums under JMM and most of it will go to the one that needs it the most.

“We spend a lot of money every year on preserving artefacts.

“The lighting system, room temperature and humidity are key factors in lengthening the lifespan of artefacts,” he explained.

Zamrul said the management had wanted to raise the admission price, which currently ranged from RM1 to RM5 (admission is free for Malaysian children under 12 and secondary students wearing uniform), but it was not easy to carry out.

“Firstly, we are not a profit-oriented institution.

“Secondly, under the Fees Act 1951, we are not allowed to simply raise it,” he said.

Some people are of the opinion that the National Museum lacks content and interactivity compared to its overseas counterparts.

Zamrul reasoned: “The ticket fee for our National Museum is cheaper than what you pay for the museum overseas.”

“With the funding we have now, we have to choose between preserving artefacts and having interactive elements in the museum.

“What is the point of having a museum if we do not have artefacts to display?”

At the moment, there are 1,566 artefacts in the National Museum.

Depending on an artefact’s condition, each item undergoes regular maintenance every three to six months.

“We cannot exhibit an artefact for too long, as that may damage it.

“Some of the artefacts can be rotated if we have more than one.

“For artefacts that are the only one of its kind or those we do not own, we use replicas,” said Zamrul.

In his opinion, the museum’s main objective should always be artefact preservation.

Although unable to expand, he said the National Museum used other ways to attract visitors.

“The museum has seven to eight exhibitions annually along with other programmes.

“Some of the exhibitions are organised by the National Museum, while others are collaborations with JMM.

“The duration of an exhibition depends on its content, but normally it is for a month.

Zamrul said these exhibitions helped increase the number of visitors overall by 20%.

When Hollywood blockbuster film Night at the Museum was released in December 2006, it was reported that the number of visitors to the American Museum of Natural History, where most of the movie was shot, went up by 20% during the holiday season.

“We have seen some impact on the number of tourists when scenes from drama series are shot here. “If any film director is interested in featuring the National Museum, we welcome the opportunity,” added Zamrul.

Another boon for the museum was the Muzium Negara MRT station which opened in July 2017.

“The number of visitors increased for some time but it did not last for very long,” Zamrul admitted.

However, these visitor numbers are still within the target set by the museum.

“You will see more visitors during school holidays, especially at the end of the year.

“There are fewer visitors on weekdays unless there are school trips,” he said.

He said schoolchildren could have activities at the museum such as treasure hunts if the school put in a request in advance.

“We have a programme in collaboration with Education Ministry, called ‘Inspirasi Pelajar Inovasi Muzium’, and it is available to school history teachers,” he said.

He elaborated that the programme

allowed the teachers to teach their classes in the museum.

“If we just read the textbook all the time, we get bored.

“Here at the museum, teachers are able to show their students the artefacts.

“The most interesting part is they get to touch and feel the replicas and that should help the students remember what they learned in class.”

Zamrul said the programme might be expanded to include other subjects such as geography.

“We want the younger generation to remember and appreciate our history and culture.

“At the same time, we want to cultivate and nurture patriotism among them through learning history.

“The museum also tries to catch the youth’s attention through social media,” he said, adding that the interaction on social media had been positive.

With Visit Malaysia 2020 dawning next month, are there specific plans for the museum?

“I have not received any information on special allocation for Visit Malaysia 2020.

“Of course, the funding will go to the consolidated fund first before an allocation is given to the museum,” said Zamrul.

He said the National Museum needed a purpose-built building to preserve the artefacts in their keeping.

“Once an artefact is damaged, it can be difficult, if not impossible, to restore it.

“Therefore, we need to place it under extreme care and a proper building will ensure that,” he added. 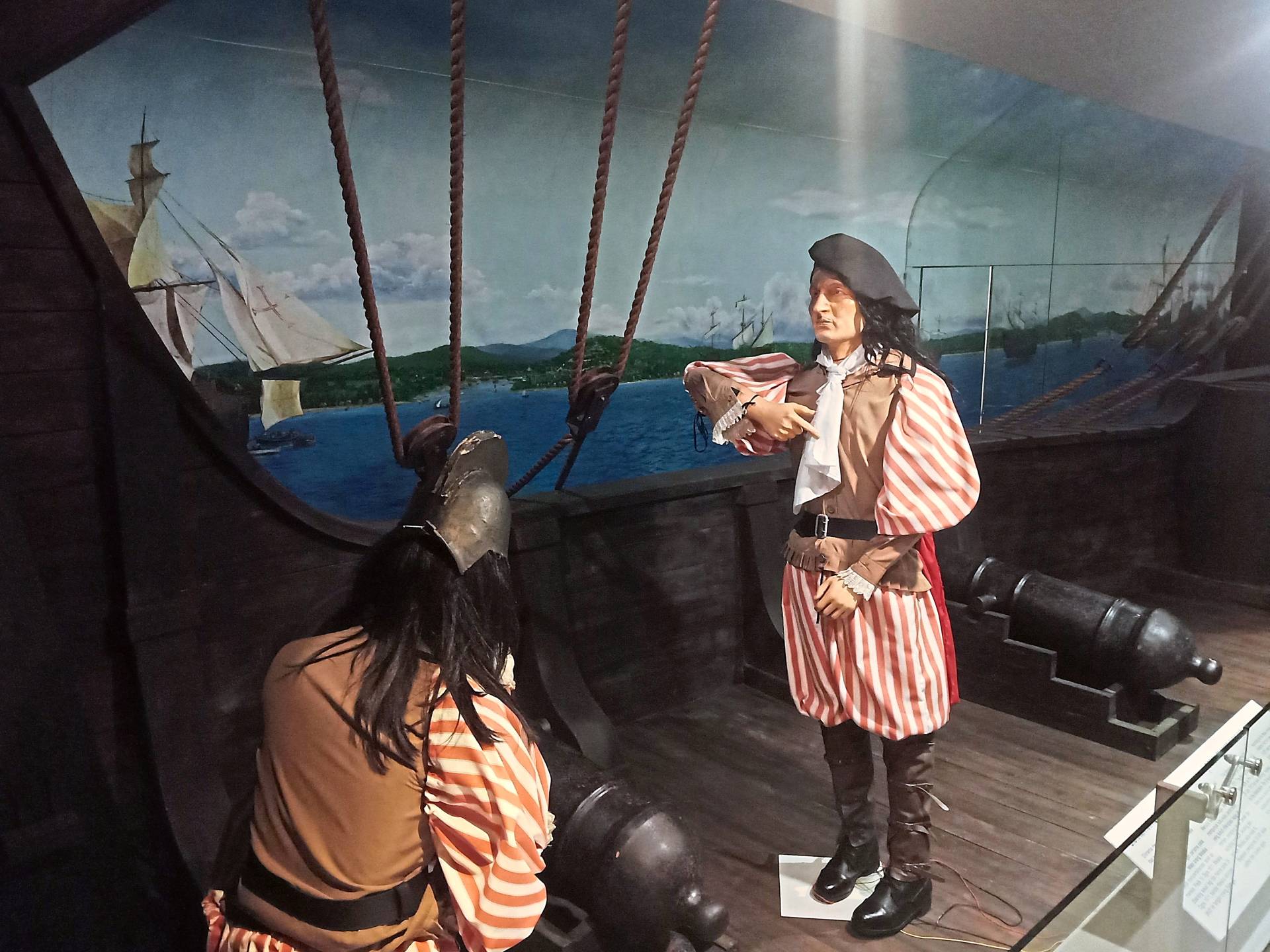 More people visit the museum during school holidays, especially at the end of the year.

Free guided tours are given by museum volunteers at the National Museum. Different languages are available for foreign visitors.

Artefacts from the Bronze age on display at the National Museum.

Zamrul says the National Museum spends a lot of money every year on preserving artefacts.

At the museum, history teachers are able to show their students artefacts.

A place to learn about nation’s history

Worth paying a visit or two