Rozali pinning an integrity badge on assistant enforcement officer Suhaimi Ishak as other officers wait their turn. With them is Rosnani. — Photos: MUSTAFA AHMAD/The Star

THE Seberang Prai City Council (MBSP) is serious when it comes to integrity and ethics among its staff members regardless of their positions.

Its mayor Datuk Rozali Mohamud said the council was committed in combating corruption, power abuse and mismanagement among them.

He said the city council had received 13 reports on corruption and misconduct from the Anti-Bribery Management System (ABMS) this year.

“We also conducted urine tests twice this year as there were complaints about some of our staff members who were suspected of being involved in drug abuse, ” he said.

He was speaking during the recent MBSP Integrity Day

celebration at the council headquarters in Bandar Perda, Bukit Mertajam in Penang.

Rozali said MBSP was the first organisation in the country to be certified with ABMS/Bribe ISO 37001:2016 (ABMS) by Sirim QAS International Sdn Bhd on Oct 20,2017.

“The system was implemented in MBSP to empower the compliance of law in relation to bribery and to assist in minimising the risk of bribing.

“MBSP truly hopes that it can be a corruption-free local council in the future, ” he said.

Rozali added that MBSP had involved itself in Industrial Revolution 4.0 through its smart city project.

The council launched a Cyber Counter which includes 10 service counters from 132 services.

The MBSP Integrity Day celebration saw MBSP personnel renewing their pledge to remain highly committed and responsible in their jobs. The pledge was led by MBSP secretary Rosnani Mahmod. 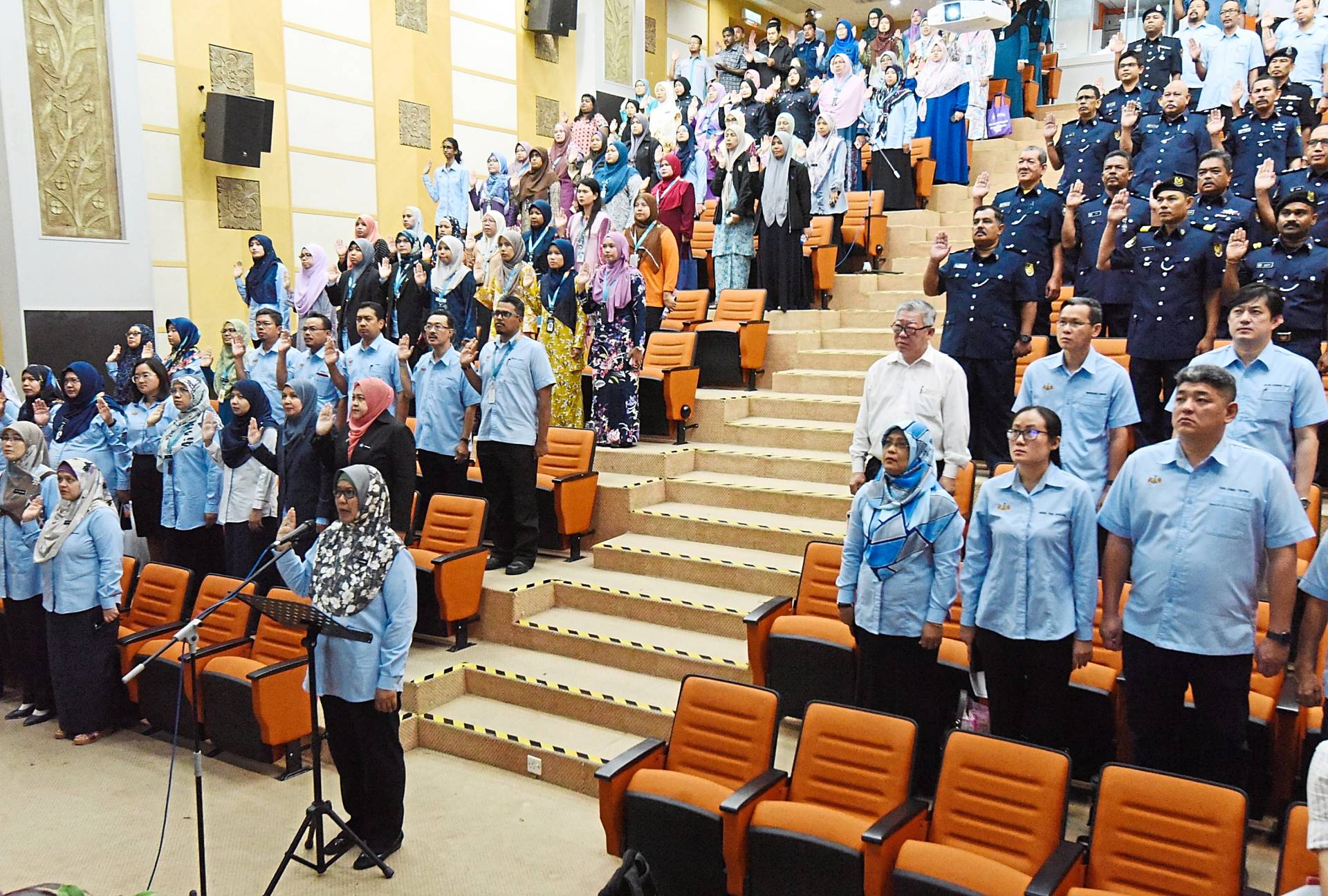 Rozali pinning an integrity badge on assistant enforcement officer Suhaimi Ishak as other officers wait their turn. With them is Rosnani. — Photos: MUSTAFA AHMAD/The Star

Some of the MBSP enforcement personnels during the 'Sambutan Hari Integriti' at MBSP head quarters in Bandar Perda, Bukit Mertajam.