Wooden it make a lovely work of art

Fares’ creation ‘Unity’ can be played with and rearranged into many different forms. — Photos: JEREMY TAN/The Star

TREES that were uprooted by a thunderstorm that hit Penang back in November 2017 have found new life in the 8” by 6” Project II exhibition.

Some of the fallen logs that had been salvaged and kept in a nursery were broken down into small blocks and given to 60 creative individuals to work on.

Their pieces were displayed in a recent exhibition at the Performing Arts Centre of Penang (Penangpac) in Straits Quay.

Curator Ivan Alexander Francis Gabriel said the project was a celebration of creativity and imagination, as participants came up with diverse works despite all of them starting with similar pieces of wood.

“This particular edition is meaningful as it shows that disaster and destruction can lead to rebirth. The trees had gone through many different stages of life.

“From standing tall to being uprooted, chainsawed into logs and chopped into smaller pieces, they sparked ideas. And those ideas turned into art.

“With new life breathed into them, it symbolises new beginnings, ” Ivan said during the show’s Wrap-Up Party recently.

The 8” by 6” Project II followed a successful first edition in June, where approximately 65% of featured works were sold. This time, it brought together creatives based in Penang and Kuala Lumpur.

Among them was Slovakian photographer Zita Joyce. Her work, titled ‘Paralysed’, was a long exposure, light painted image of the wood block, accompanied by a poem.

The block served as a tree stump in Tina Lee Degreef’s sculpture ‘Evolution?’. Amidst fallen leaves was new growth, all fabricated with copper by hand.

“When something happens, there is an opportunity for change. A door opens, allowing us to evolve into something better, ” she opined.

For German artist Tommes, the wood was a floating base for his ‘Steel Magnolias’ to grow from, whilst a mirror at the bottom allowed one a glimpse of its roots.

“Life is always a struggle at the beginning. But you draw on your strength and grow, ” he said, adding that he likes viewers forming their own interpretations of his works.

“I went around construction sites in the city and collected some discarded debris, including pieces of old China. My work resembles an altar, as people tend to pray or reminisce about something after it’s gone, ” he pointed out.

The husband and wife team of Benjamin Lam and Cindy Leow, better known as White Bones, put up ‘Hairu’. After drilling a hole into the wood block, they mounted it on clear perspex and surrounded it with neon.

“Like an entrance or doorway, it invites one to imagine and explore the many different possibilities in life, ” Lam said.

Some of the featured works were also designed for visitors to pick up and play with, such as ‘Unity’ by Syrian artist Aboud Fares. He cut the wood block randomly and joined all the pieces with elastic cord.

“You can recreate or reshape the piece in your own ways. Besides resembling charcoal, I also painted it black to make it less intimidating for people to handle, ” he said.

“I imagined what I would find on a fallen tree trunk in the forest. Visitors could pick it up and find all these botanical subjects. I like art that is tactile, ” Geh added.

The 8” by 6” Project II has now moved to The Performing Arts Centre of Kuala Lumpur’s Gallery Space. It will be displayed until Nov 30 and is open for viewing from 10am to 10pm daily. 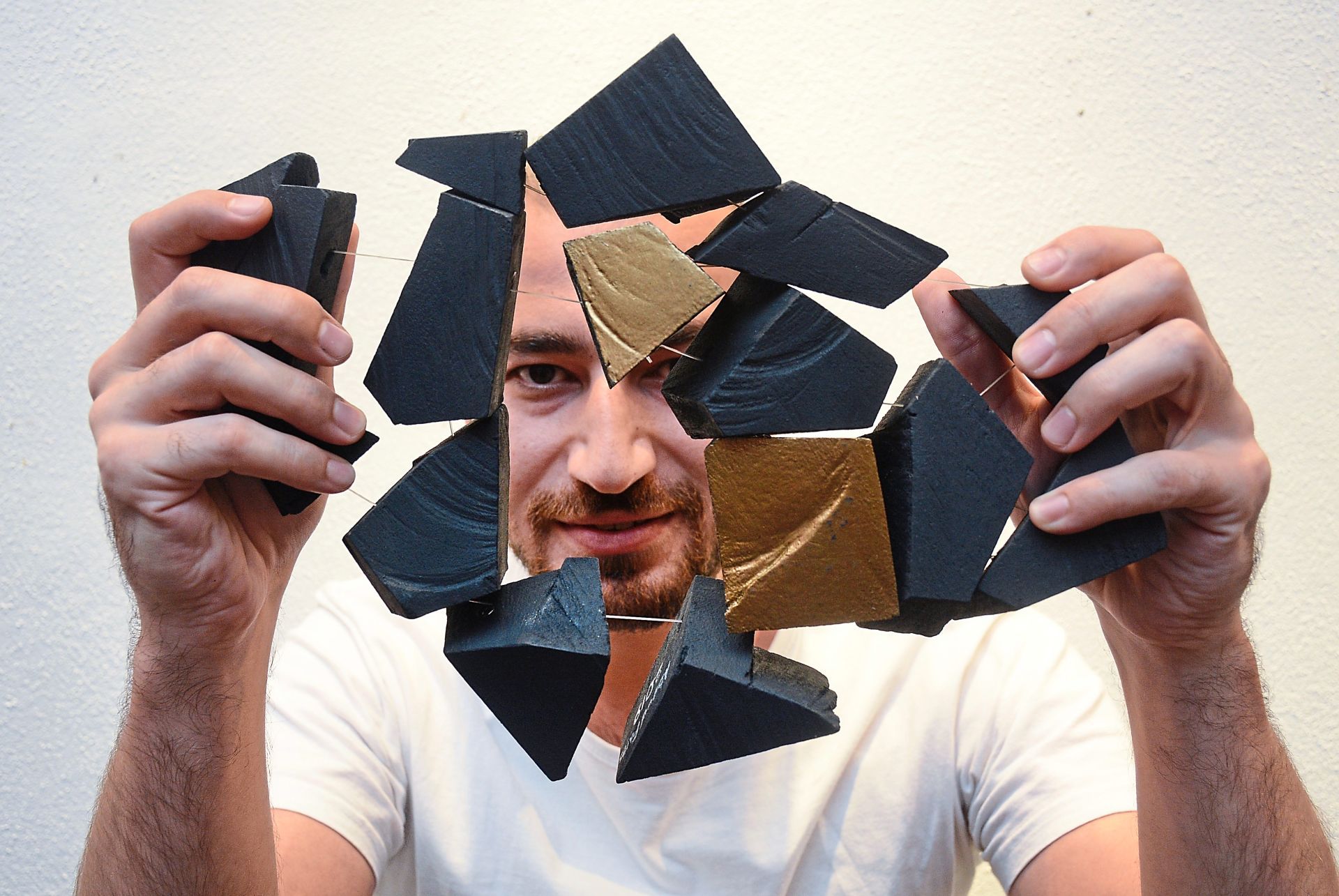 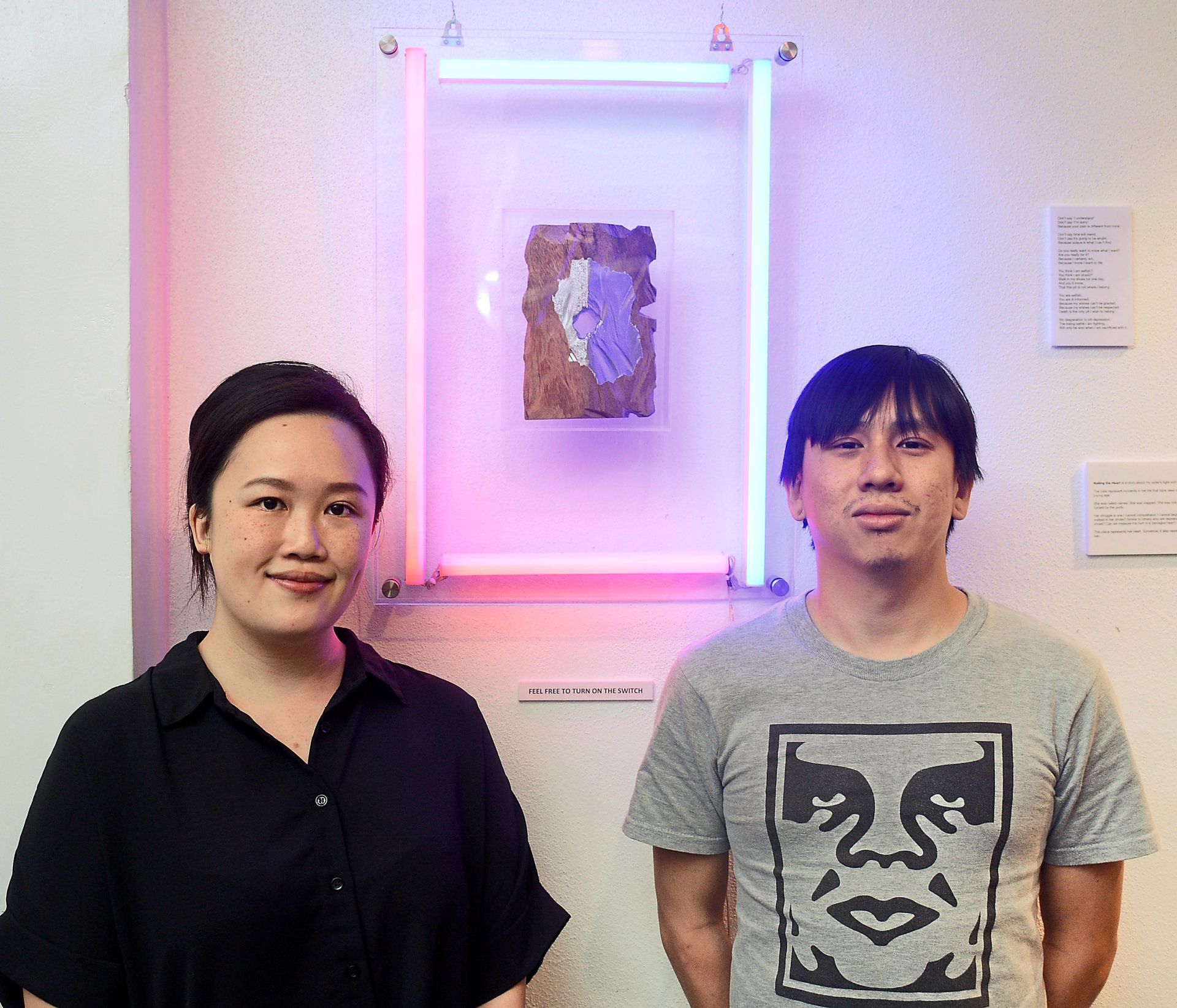 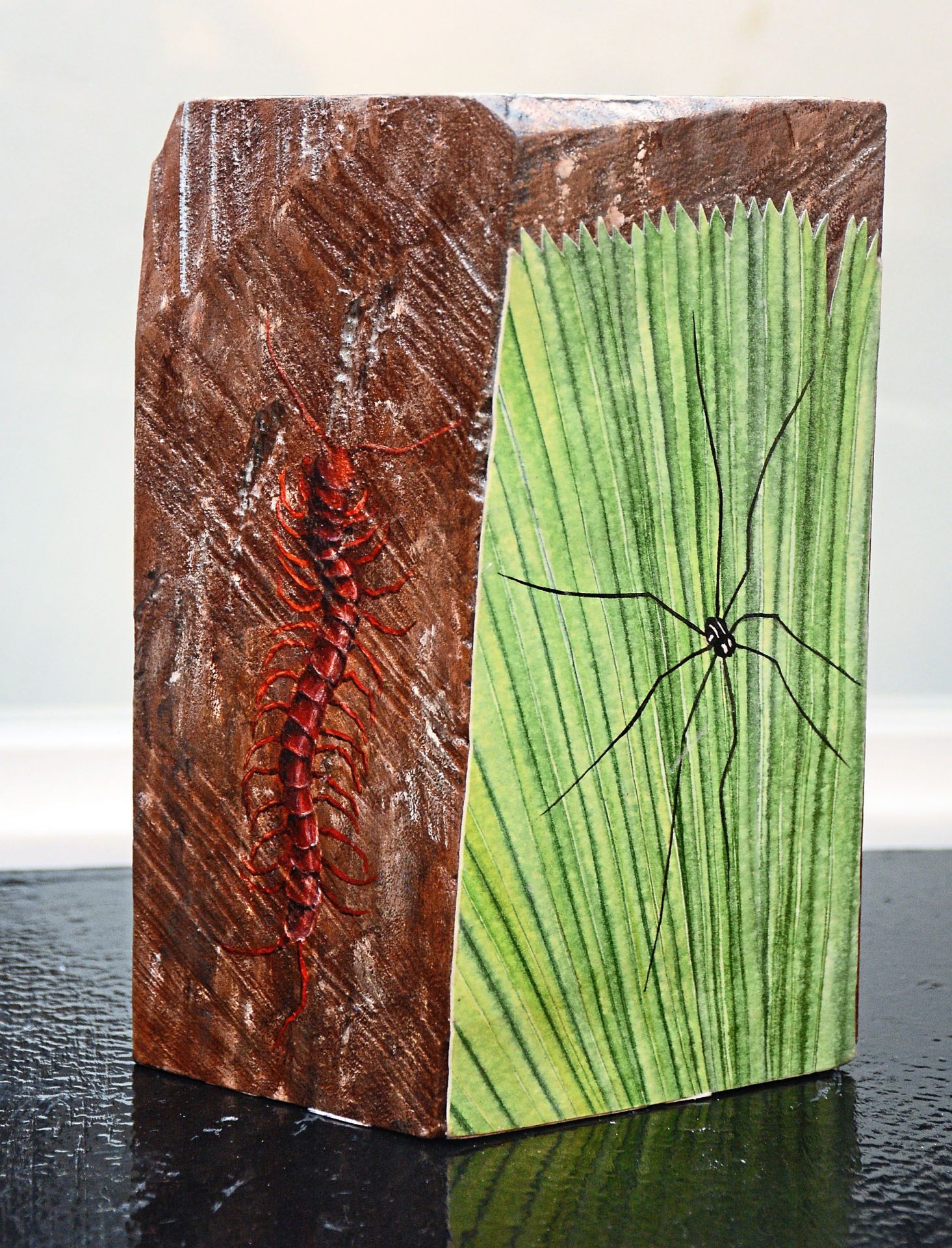 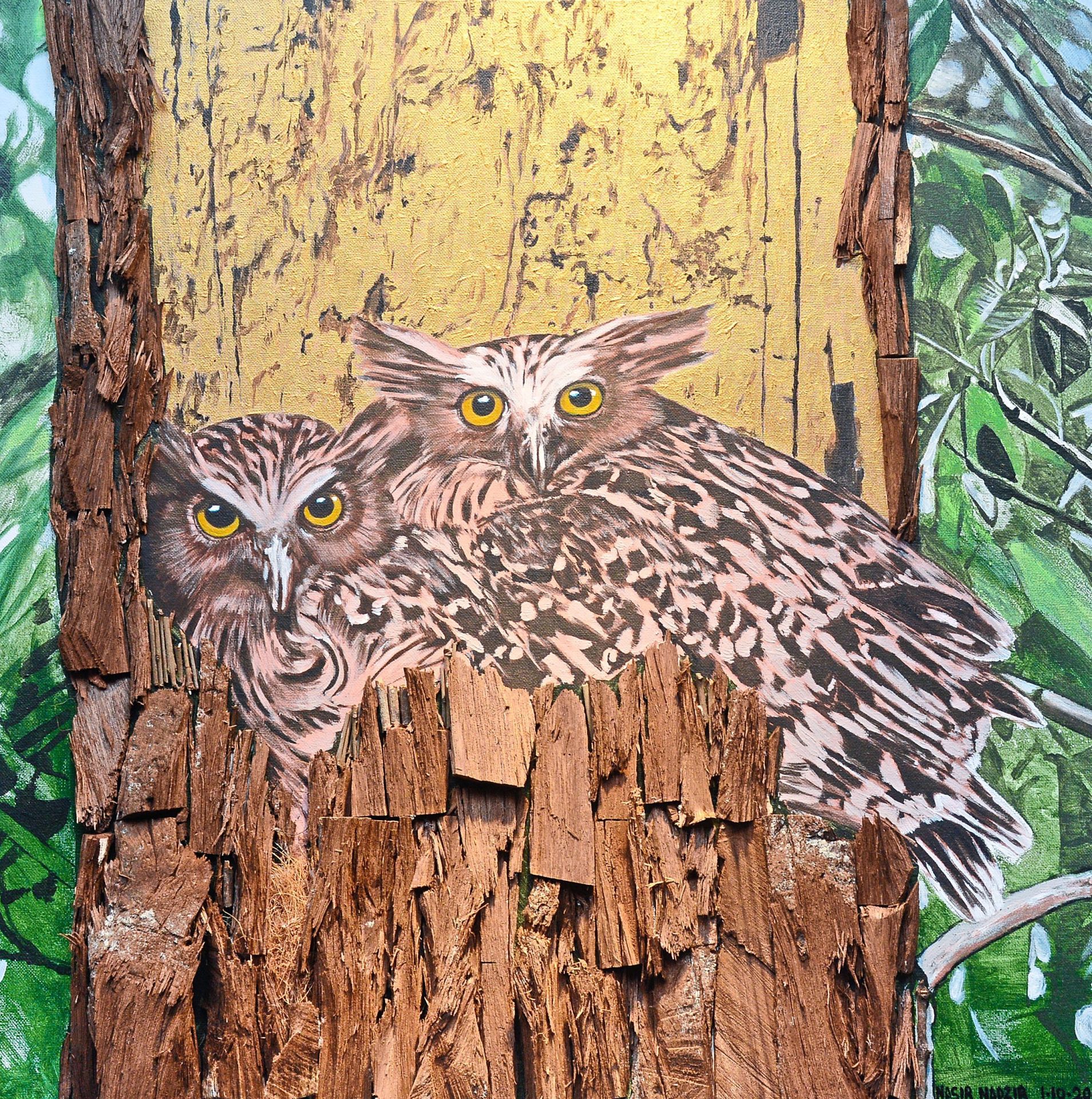 Fares’ creation ‘Unity’ can be played with and rearranged into many different forms. — Photos: JEREMY TAN/The Star

Geh's 'Forest Finds' depicts creepy crawlies that could be found on a piece of wood, such as the Cherry Red Centipede and Daddy Long-Legs spider.

Tommes and his ‘Steel Magnolias’ which represents triumph over obstacles in life.

Nasir Nadzir broke the wood into shards and used it as part of his piece titled ‘Buffy Fish Owls Finding Peace in a Wrecked Tree’.

Geh’s ‘Forest Finds’ depicts creepy crawlies that could be found on a piece of wood, such as the Cherry Red Centipede and Daddy Long-Legs spider.