SOME 120 children shopped to their hearts content for two hours at a department store in Kluang as they were given the freedom to pick out clothes, stationeries and even toys, in conjunction with the Deepavali celebrations.

Some 60 volunteers were also on hand to assist the children with their shopping during the charity event, dubbed Aeon Mesra Deepavali, which has been carried out for the past 10 years.

The event was sponsored by the Malaysian Aeon Foundation (MAF), which saw each child being allocated RM200 to spend on anything their hearts desired in Aeon Big Kluang.

After shopping, the children were treated to lunch at the Four Seasons Rulli Hotel, where they were not only treated to a delicious meal, but also participated in fun games and activities organised by MAF.

Each child then received angpow worth RM50 from MAF after the event.

MAF president Datin Yasmin Merican, in her speech, said the smiles on the faces of the children made the whole event worthwhile. 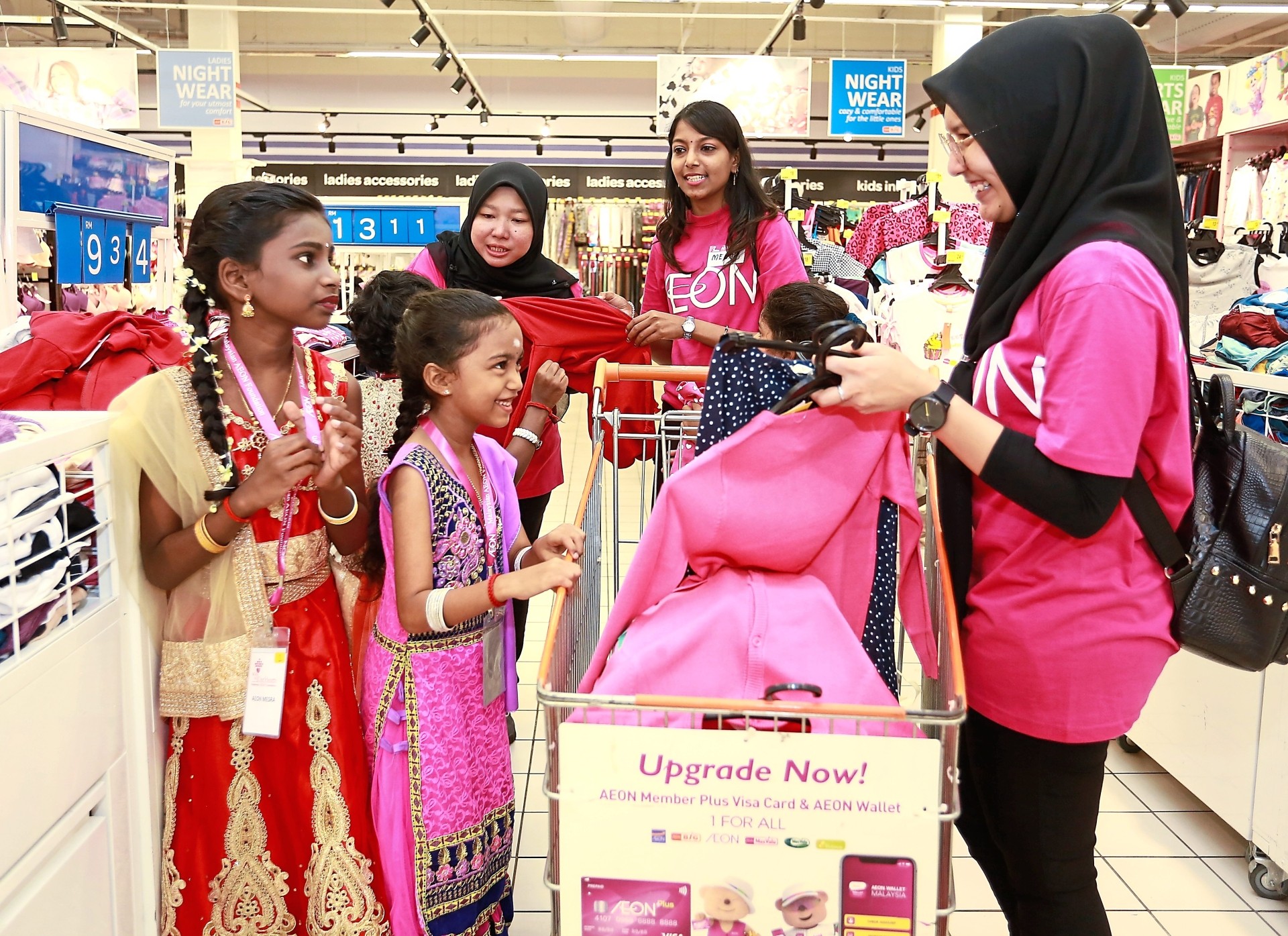 “There is a reason why we have these initiatives every year, the smiles on the children’s faces and the joy that fills the room.

“It lets us know that we helped make a difference in their lives, ” she said, adding that they hope to leave a positive impact for the underprivileged community.

Similar events were held at nine other Aeon outlets across Malaysia on the same day.

To-date, MAF has contributed a total of RM11mil to worthy causes for the community.