“We are in the tropics, so Malaysia’s hot weather is not always conducive for open-air events. But here at Resorts World Genting, the weather is cool all year-round and this makes us the perfect place to hold a European-style al fresco carnival.

“We have worked very hard to put together a fantastic line-up of films, food and fun activities to provide hours of entertainment for a broad range of guests, from couples to families.

“I hope guests will enjoy this special experience we have created, so that they can look forward to the Starlight Carnivals to come.”

At the Starlight Carnival launch, members of the media were given a preview of what to expect, starting with dinner at the Cosmic Cafe to savour local favourites.

Those who still have room in their tummy can head to food trucks stationed along Century Lake Park.

A big crowd was seen around the sausage and hamburger snack trucks while others made a beeline for the dishes and milkshakes at Harry Ramden’s Fish & Chips.

Those who prefer Italian food can have their fiIl at Lago’s kiosk which offers pizza and pasta.

After the food, visitors can try their luck and skills at the Carnival Game Zone kiosks. At the Shooting Star booth, your hoop shot skills might just win you an adorable giant-sized plush toy or you could spin the wheel at Milky Way Spin, test lobster pots at Asteroid Toss, have a cathartic pyramid smash at Topple Galaxies or hook some ducks at Pick A Star.

Feast for the eyes

After the food and games, the media’s attention was turned towards the light and sound water performance at the Century Lake Park. The perfect synchronisation won applause from everyone gathered there.

The same site is also where the Carnival Cinema will showcase blockbuster movies such as A Star is Born, Chicago, Jersey Boys, Mamma Mia and Hairspray on a supersized screen for guests to enjoy while lying on beanbags and cushions.

Many families were also seen sitting at tables around the screening area, as they enjoyed hot food in the cool night air.

Next, the audience was mesmerised by jugglers, a Chinese yo-yo acrobatic act and dancers performing acrobatic acts.

They twirled various LED devices that lit up the night with vivid colours while their fiery finale of fire baton twirlers literally gave those present a warm welcome to the Starlight Carnival.

As soon as the brilliant flames were put out, a new group of dancers emerged with much fanfare. A little girl from among the audience was spontaneously cajoled to join in the moves, where she proved to be a natural.

The camaraderie of light-heartedness continued after the show had ended with performers taking wefies with the audience.

The evening continued with more merriment as members of the media ventured to the Oktoberfest Hall which features beer by Carlsberg, dining and live music.

The Gipsy Kings Tribute Band kicked off the musical line-up with the robust sounds of Catalan-inspired strummed guitars accompanying Andalusian Spanish favourites like Bamboleo, Volare and Baila Me, among other hits.

A flamenco dancer also took to the stage during a few songs, showcasing graceful twirls and staccato stomps in a passionate performance.

Last weekend, The Australian Beatles zipped through a history of the Fab Four while Killer Queen, the official Italian tribute band to one of the most electrifying rock groups of all time, will be performing on Oct 25 and 26.

Zouk Genting will take over the Oktoberfest Hall stage on Nov 2 in a celebration of dance music as Starlight Carnival presents the first-ever Resorts World Genting Zouk Live!

Soak up the German vibes

To ensure responsible drinking, Carlsberg Malaysia managing director Ted Akiskalos announced that 1,000 free Grab rides were available during the night of the launch.

Resorts World Genting Entertainment and Events vice-president Kevin Tan revealed that Starlight Carnival was planned for those who love to have a great time with the family outdoors.

Hence, he said even the “movies under the stars” are musicals, allowing the audience to sing along to the famous tunes.

“With an event like this, who needs to go to Munich anymore for Oktoberfest?” he asked in jest during his speech at the launch.

Indeed, one might easily imagine being in another country, transported by the cool weather, music, drinks and food available at the carnival.

The Starlight Carnival takes place every Thursday, Friday and Saturday from now till Nov 2. The Halloween Weekend will run from Oct 31 to Nov 2.

Tickets are priced at RM20 for general admission with an RM4 processing fee, while children below 12 can enter free of charge. 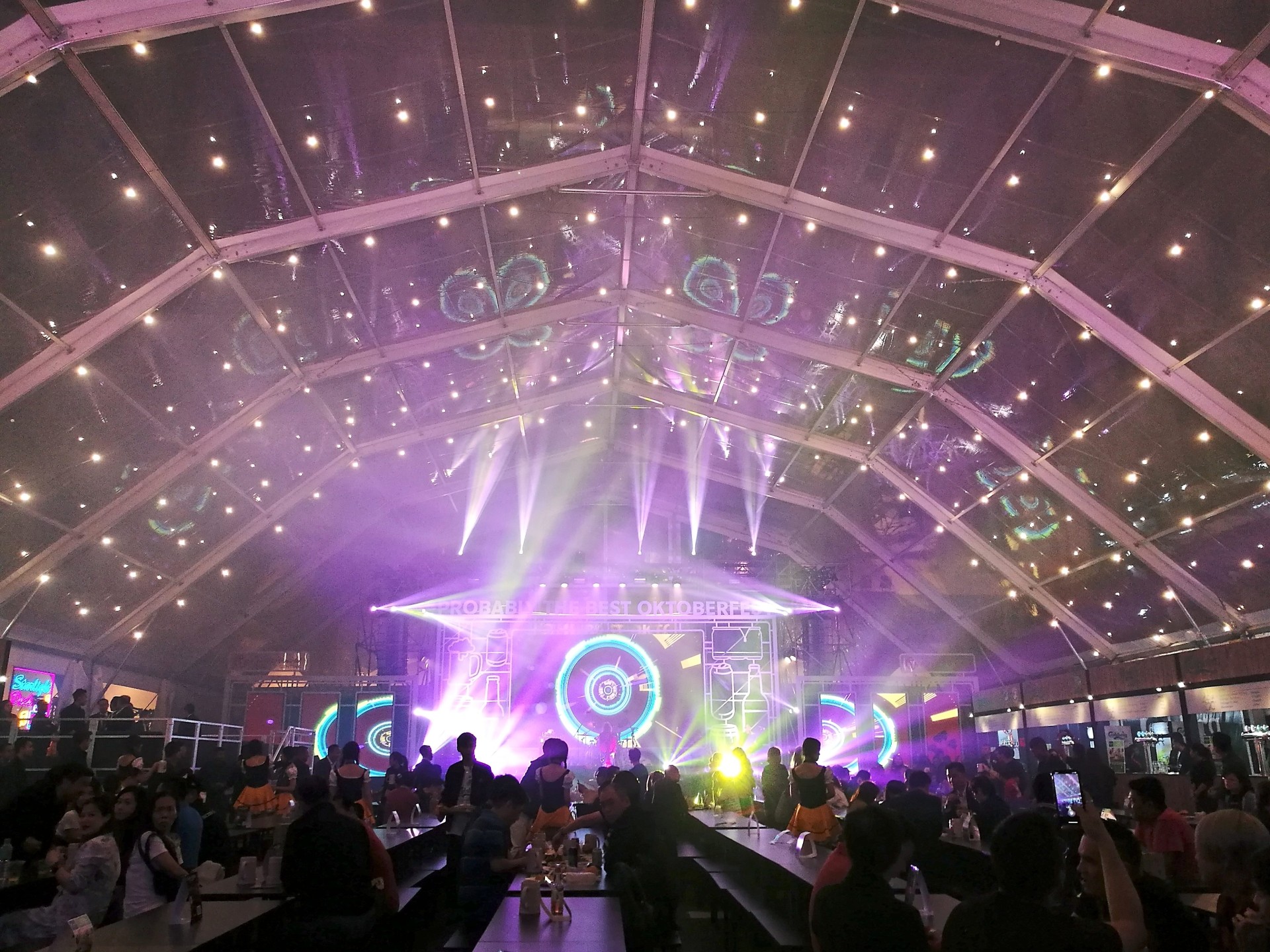 The crowd strolling past food trucks near the lake and theatre area.

A flamenco dancer performing during the Gipsy Kings Tribute Band show at the Oktoberfest Hall. (Right) Dancers preparing for the fiery finale at the carnival’s launch.

Performers and members of the media posing after the launch.

Carnival-goers will be spoiled for choice with the variety of food inside Oktoberfest Hall. (Left) The crowd enjoying a movie under the stars at Century Lake Park during Starlight Carnival at Resorts World Genting.