Eye on cost of living

JOHOR BARU: With Budget 2020 expected to be tabled in Parliament tomorrow by Finance Minister Lim Guan Eng, many locals are hopeful for some “goodies” to help ease their financial burdens.

As part of their wish list, they want the government to spend on key infrastructure programmes for the people including building the Rapid Transit System (RTS) between Malaysia and Singapore, more public libraries, walkways, bus stops, and petrol stations offering NGV gas. 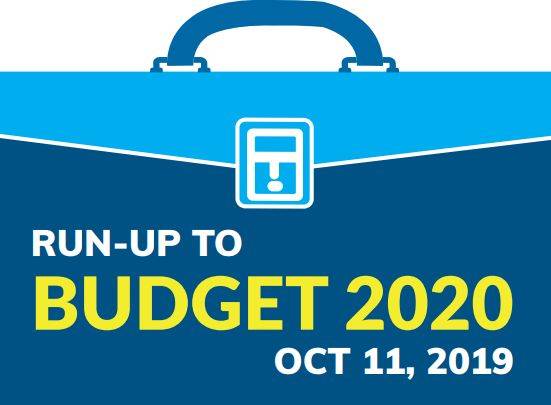 There is also a request for the government to expand on its Technical and Vocational Education and Training (TVET) programmes to produce more skilled workers.

StarMetro spoke to Johoreans about their hopes for the budget and this was their feedback.

Cheong Yong Hung, 28, who works in Singapore as an auxiliary police officer, said that the government should come up with a plan to make it easier for small and medium enterprises (SMEs) to source for business loans.

He said the best thing that could be done was to offer low-interest rates for those wishing to get financing for business loans as this would help boost the economy.

Thomas Liew, 47, a forex trader, hoped there would be an effort to improve public libraries.

“Although information can be obtained online, it will be beneficial to have a place where everyone can access legitimate information.

“Look at Singapore, they have libraries in almost every township or neighbourhoods, ” he added.

Sivaneswaran Tasharaju, 34, who works in Singapore, said that the implementation of the Bus Rapid Transit (BRT) was a step in the right direction to improve connectivity.

“However, there should be more walkways for pedestrians and bus stops for the people using public transport, ” he added. BRT, first conceptualised in the Transportation Blueprint for Iskandar Malaysia in 2009, will combine the speed and reliability of the light rail transit (LRT) with the affordability of a conventional bus system.

Meanwhile, veterinarian Afiq Sazwan, 26, hoped that the government would continue its fuel subsidy for all those using the RON 95 instead of only offering it to those who qualify for the Bantuan Sara Hidup programme.

“The weekly change in the petrol prices is fine but they should fine-tune the mechanism. I am worried that with the new programme, I will lose out on this assistance from the government, ” he added.

Taxi driver, Raja Arumogam, 38, wants the Federal Government to look into the plight of taxi drivers.

“We are suffering after the government allowed e-hailing services to start, ” he said, hoping for goodies for taxi drivers during the budget.

“In Johor, there are only a handful of stations. They should expand on this, ” he added.

Teacher Phillip Darmaraj, 50, said that the government needed to focus on initiatives for the people who were neglected like the Orang Asli and the numerous indigenous races in Sabah and Sarawak.

“They should also expand on TVET programmes for these people to equip themselves with skills to improve their living standards, ” he added.

Housewife Christina Teh, 59, hoped that the government would bring back the Goods and Services Tax (GST) as many items have gone up since the Sales and Service Tax (SST) was introduced.

“I think the government should implement GST to ease the burden of the people and improve the economy, since other advanced countries are doing it, and even with higher rates, ” she added.

Businessman Mohd Malik Ibrahim, 59, hoped the government would revive the RTS project between Malaysia and Singapore, as it would benefit thousands of people commuting between both countries daily.

“I hope the government will announce the project soon as I am tired of being caught in traffic jams daily especially during peak hours at both land crossings with Singapore, ” he added.