Pilot project on bamboo cultivation to be launched

Nizar (sixth from left) shaking hands with Mohd Kheiruddin at the press conference.

PLANS to turn Perak into a bamboo plantation hub by next year are in the pipeline.

The state government and the Malaysian Timber Industry Board (MTIB) are working together to start the pilot project soon.

“There are many possibilities to make products with bamboo.

“Our neighbouring countries such as the Philippines and Indonesia have been producing goods made with bamboo such as undergarments, ” he said.

He added that Primary Industries Minister Teresa Kok visited Perak a few months ago and expressed her intention to have many types of bamboo planted in the state.

“With the expertise that we have, we are looking forward to making this a success, ” he said in a press conference.

MTIB director Mohd Kheiruddin Mohd Rani, who was present at the press conference, said the pilot project would start on a 1.67ha site in Lahat near Ipoh.

“Once we have approval for

the budget, we will start with a bamboo nursery.

“We had previously planted a few types of trees including bamboo at the same site.

“However, it has been abandoned for some time, ” he said, adding that the land is owned by MTIB.

Nizar said more details would be announced in a few weeks’ time.

“Teresa is expected to visit Perak again on Oct 13 where she will provide a brief explanation about the project.

“We were told that Malaysia has at least four types of bamboo listed among the top 20 in the world.

“We are also in the midst of choosing the best types of bamboo for the project.

“We are planning to choose bamboo that can be used commercially, ” he said. 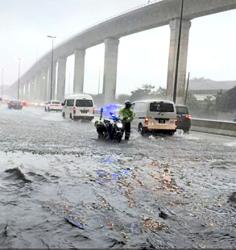 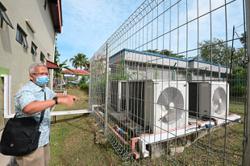 Hot and bothered over lack of air-conditioning