Saying ‘I do’ the Peranakan way

THE crowd cheered loudly when the ‘bride’ and ‘groom’ bowed to each other in a re-enactment of a Peranakan wedding ceremony.

The ‘couple’, dressed in traditional Peranakan wedding costumes, also had the tea serving ceremony, a tradition deemed important in respecting their elderly.

Alia Nadhirah Zulkifli, 20, who witnessed the ceremony, said it was an eye-opening experience for her.

“I have lived in Penang for 20 years and never knew that Peranakan wedding has so many details.

“It was really entertaining, and now I know so much more about the Peranakan people and their traditions, ” said the student from Perlis during the Peranakan Cina Festival at Kompleks Bukit Jambul in Bayan Lepas, Penang, recently.

At the ceremony, the items and wedding gifts for the customary nuptial exchange were also shown to the crowd.

Soon after, the crowd was also entertained with cultural dance, singing and Kebaya fashion show performances.

“The young ones will inherit our culture and tradition in the future, and we want them to understand and be involved in the Peranakan culture.

“It is truly unique, and you can never find it anywhere else in the world, except in Melaka and Penang.

“We hope everyone will take a chance to experience this unique culture and enjoy the line-up of performances we have, ” he said at the event’s opening.

Penang tourism development, arts, culture and heritage committee chairman Yeoh Soon Hin, who was present, said the state would be welcoming ‘The diversity of Asia: Experience Penang Year 2020” next year.

“We hope to attract more tourists here with this unique Peranakan culture of ours in Penang, ” he said before launching the show.

At the event, 14 booths were also set up to showcase Peranakan cultural items, handicrafts and products to the public.

The event was organised by the Tourism, Arts and Culture Ministry Penang and the State Chinese (Penang) Association. 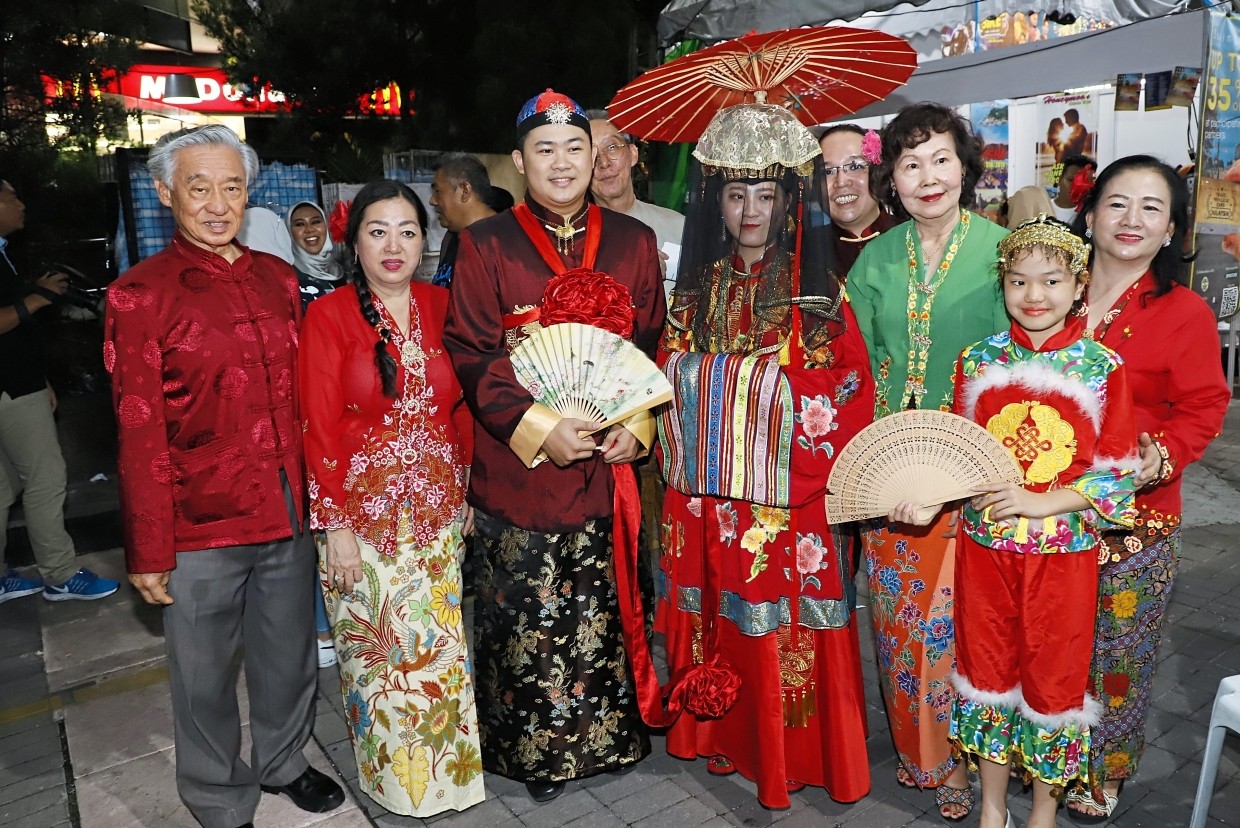 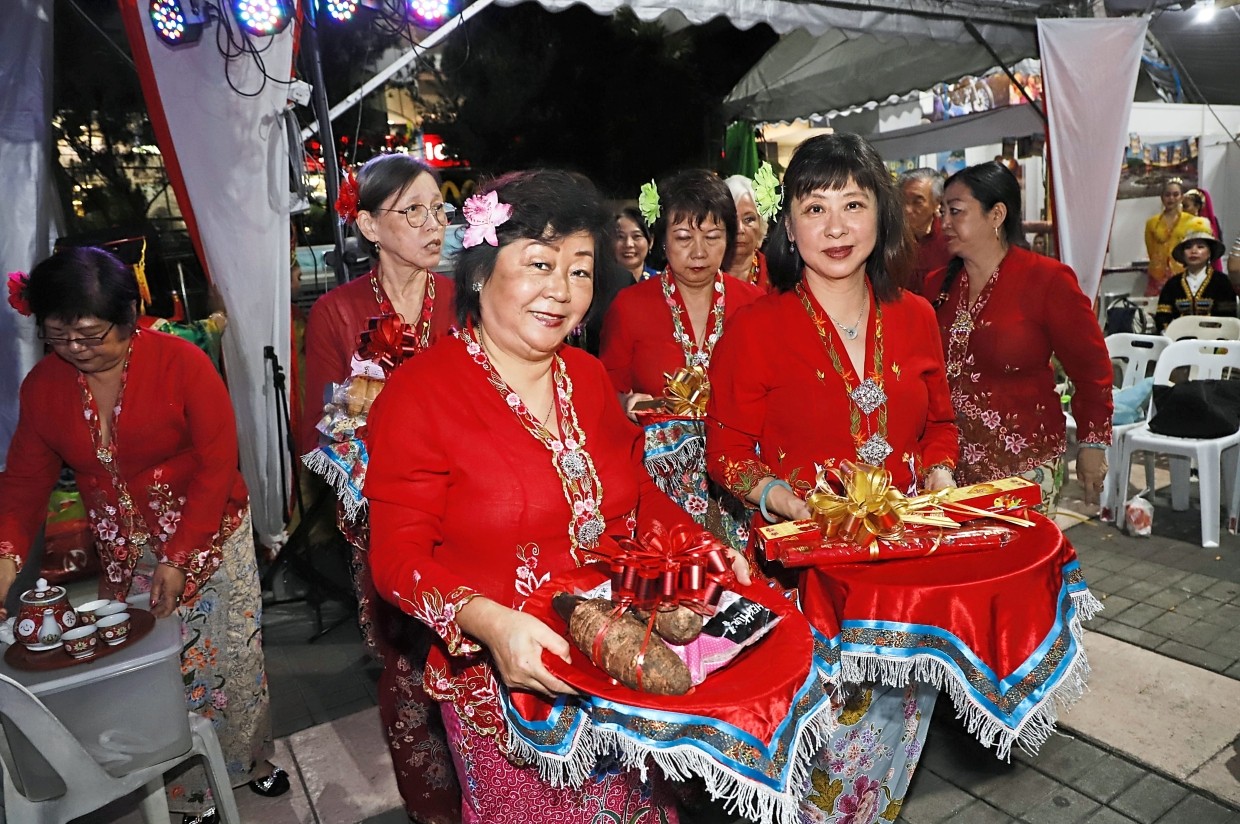 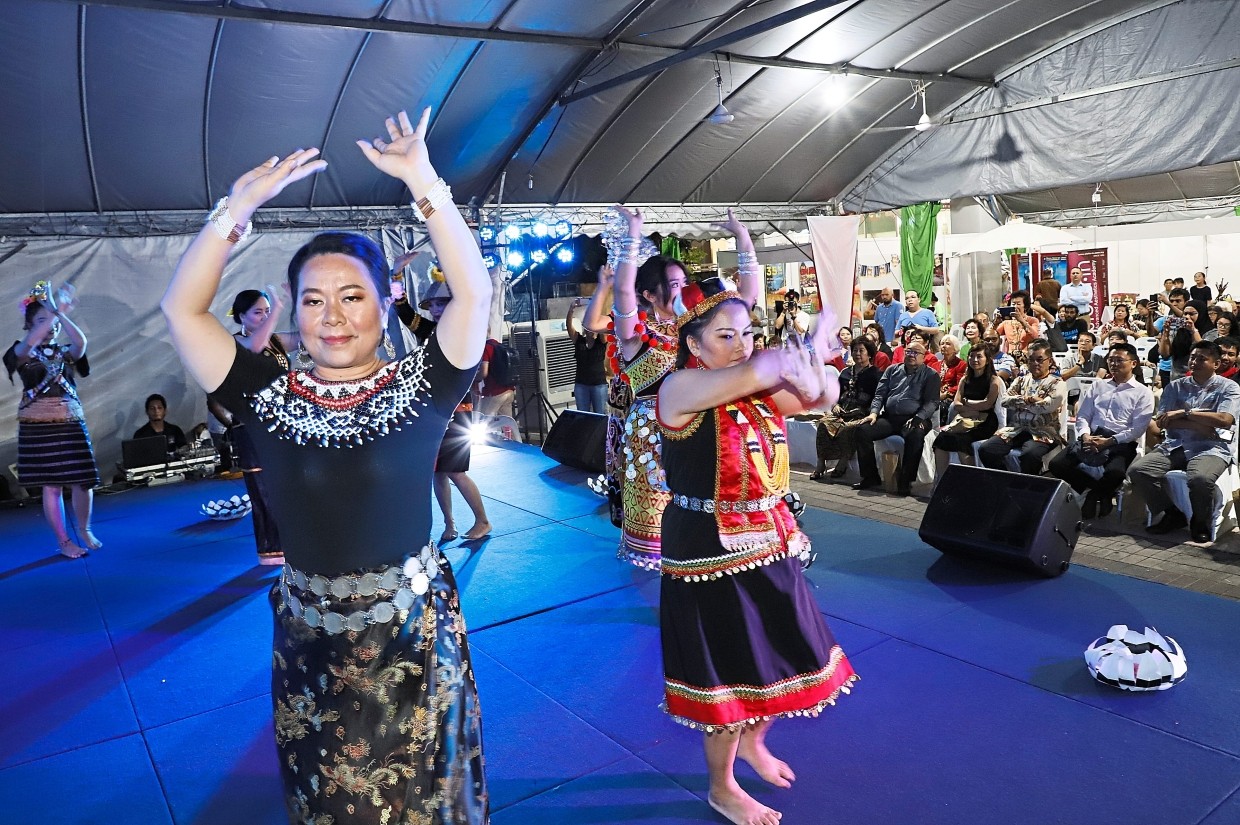 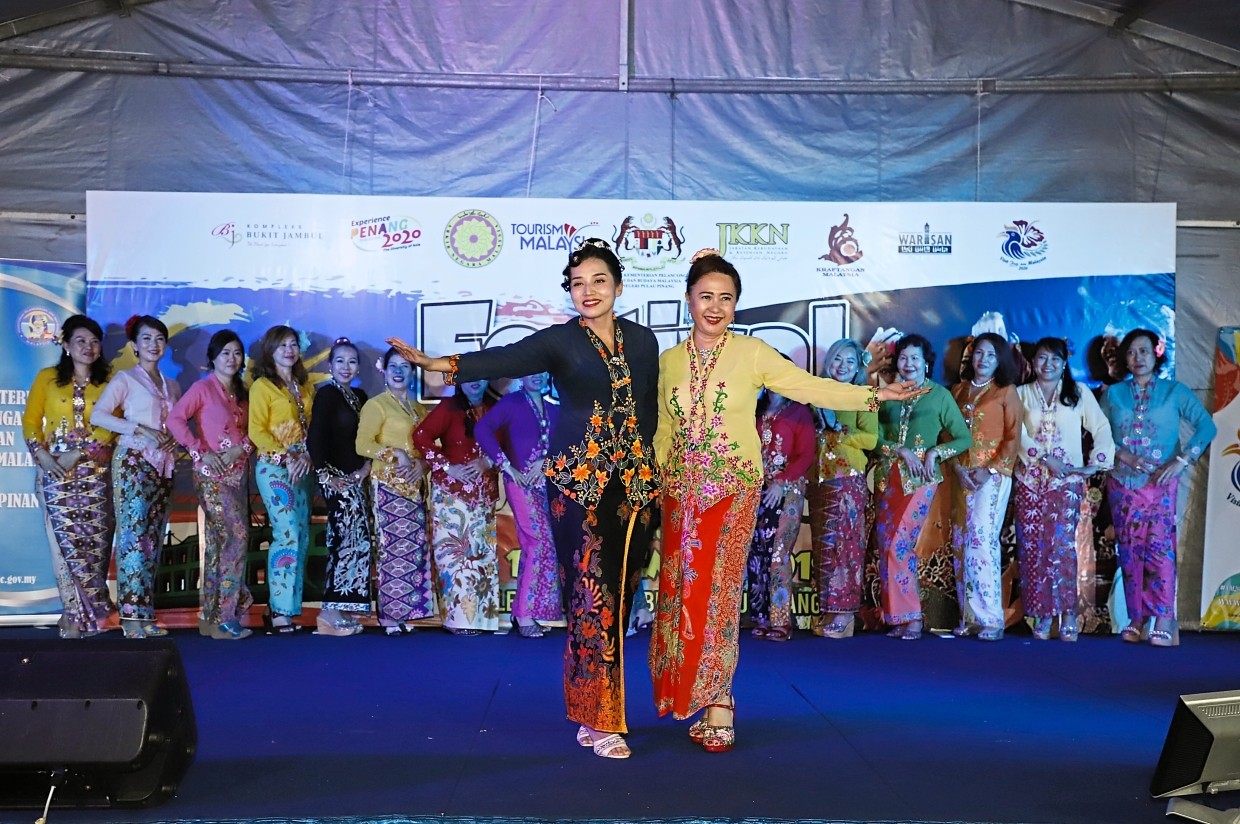 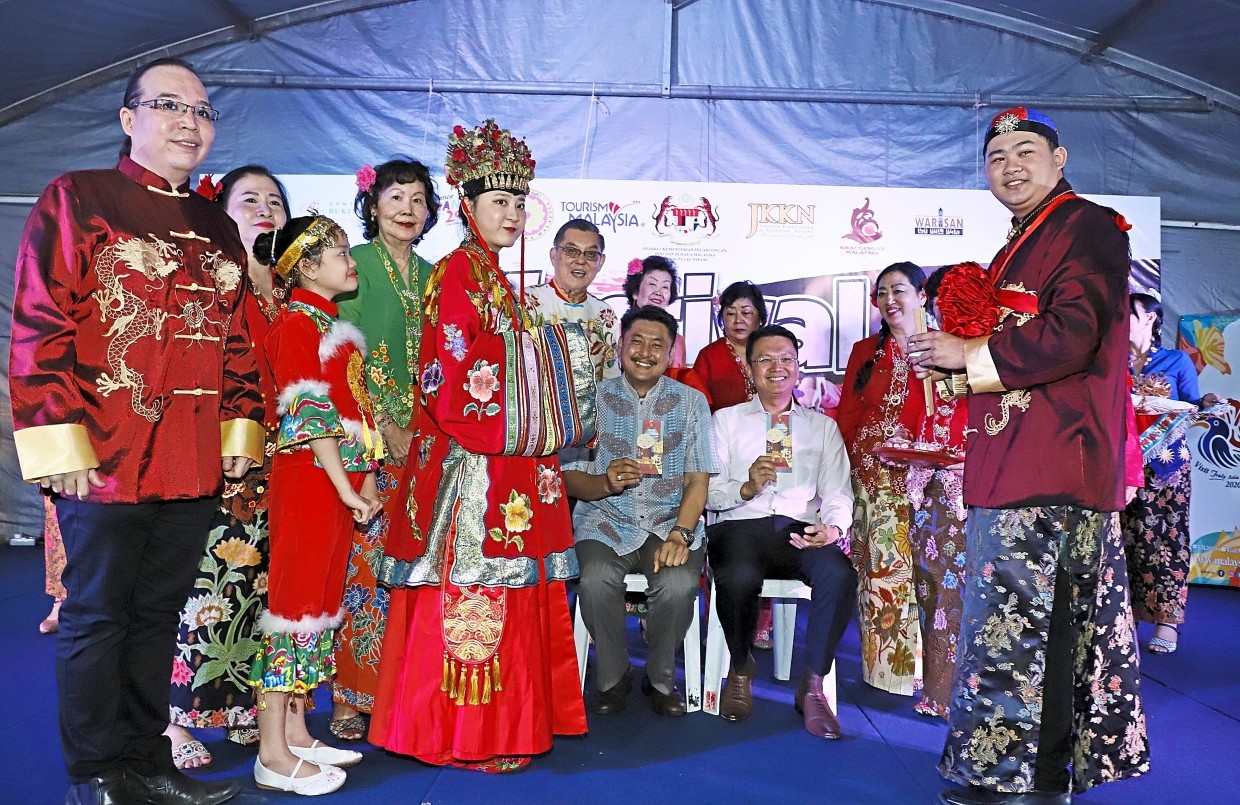 The ‘wedding couple’ posing for a group photo.