The media group having a closer look at the ruins of a temple structure preserved for viewing at the Lembah Bujang Archaeological Museum in Merbok. — Photos: ZAINUDIN AHAD/The Star

RENOWNED for its padi fields and laidback lifestyle, Kedah actually has more hidden gems to offer than meets the eye.

However, a lack of publicity on this natural attraction especially on ancient civilisation has led to a lack of interest in the state among visitors.

The Bujang Valley is already the richest archaeological site in the country.

And if you visit the Lembah Bujang Archaeological Museum in Merbok, you will get a glimpse of early settlements which are believed to be the earliest Hindu-Buddhist civilisations in this region.

Evidence of early settlements can be found along the Bujang Valley with temple structures preserved for one’s viewing.

The museum also houses ancient relics including inscribed stone tablets, metal tools, ceramics, beads that were once traded, and other religious statues.

The museum, however, is hidden and unless visitors know where to look for it, they would probably miss the place.

Tourism Malaysia recently led a media tour of several places for about 30 people from the print media, online portals and bloggers.

Over at the Sungai Batu archaeological site, one can observe excavation works being carried out deep in the oil palm plantation.

A group of students, scientists and archaeologists from Universiti Sains Malaysia are now going over a carefully marked plot of land.

Beneath the pile of red earth is evidence of early settlers with findings of tin ore, which was processed in large quantities before it was exported to the world.

Its historic relevance is again masked by the lack of signage throughout the site.

As one walks through the archaeological site with numerous temple-like structures and ritual sites, visitors are lost without any signage or guides to share the history of the place.

On certain days, however, visitors might be able to find volunteers, or students who could provide information, or a guided tour.

Without assistance, one would find it difficult to identify the ruins and their significance.

The Bujang Valley ancient ruins, including recent discoveries of jetties and iron smelting furnaces, are believed to be between 2,000 and 2,500 years old.

Another site, the oyster farm in Sungai Merbok, also has not created attention among local tourists.

But for oyster lovers, it would come as a big surprise to know that there is actually an oyster farm here in Kedah, a state which thrives on agriculture as its source of income. 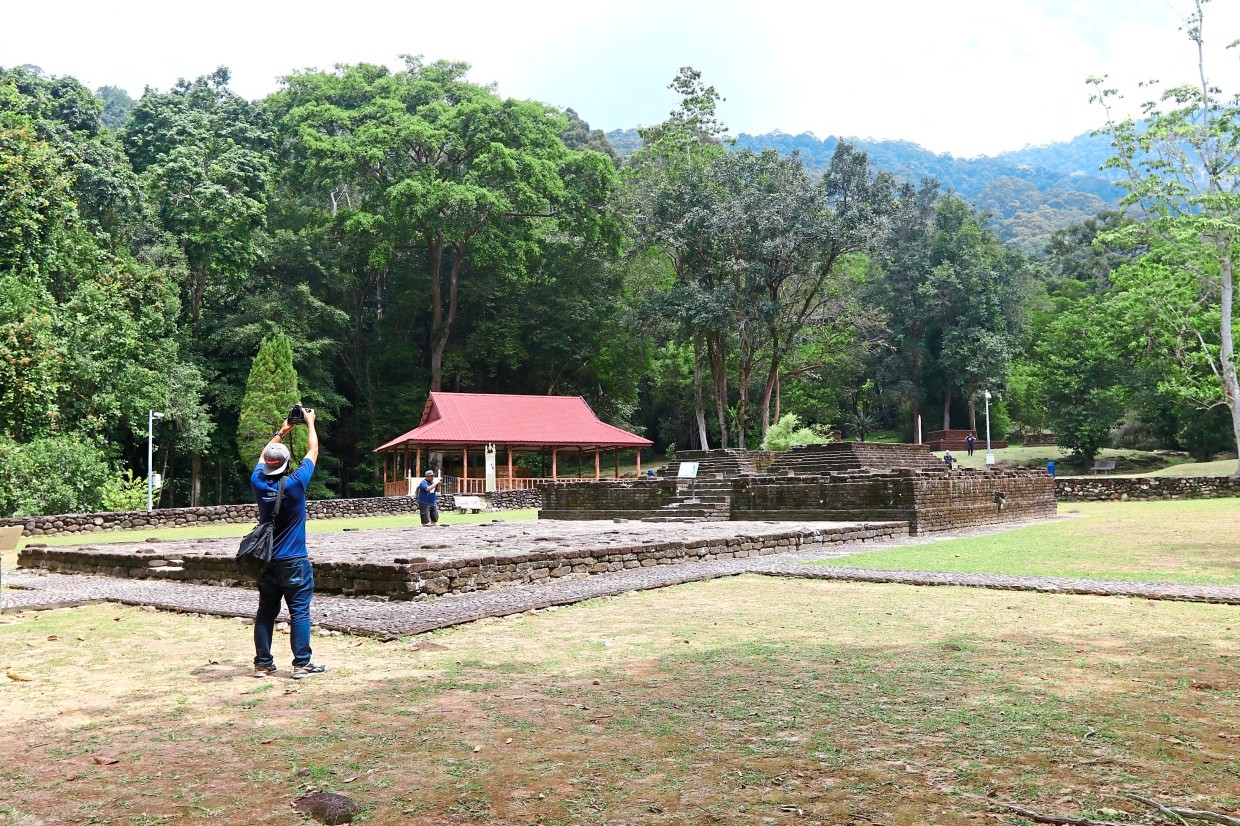 The media group having a closer look at the ruins of a temple structure preserved for viewing at the Lembah Bujang Archaeological Museum in Merbok. — Photos: ZAINUDIN AHAD/The Star

A closer look at a cross section showing layers of earth dating back to an earlier era at the excavation site.

The media personnel being briefed on the artefacts at the Sungai Batu archaeological site.

A general view of the candi structure left standing at the Lembah Bujang Archaeological Museum.