IT was triple joy at the Penang Hospital when three women, whose babies were due in September, gave birth on Merdeka Day instead.

Housewives Che Ku Fazliana Che Ku Mustafa and Noridah Md Omar, both 36, said they were scheduled to give birth in September but ended up going into labour earlier than expected.

“My baby girl was supposed to be due on Sept 13, but I went into labour on Merdeka eve.

“It took half a day and two rounds of medicine before my baby girl decided that it was time for her to see the world.

“I was ecstatic when I realised that she was born at 12.03am on Merdeka Day. She came out just three minutes past midnight and now, I have a Merdeka baby, ” said Che Ku Fazliana at the Penang Hospital on Saturday. 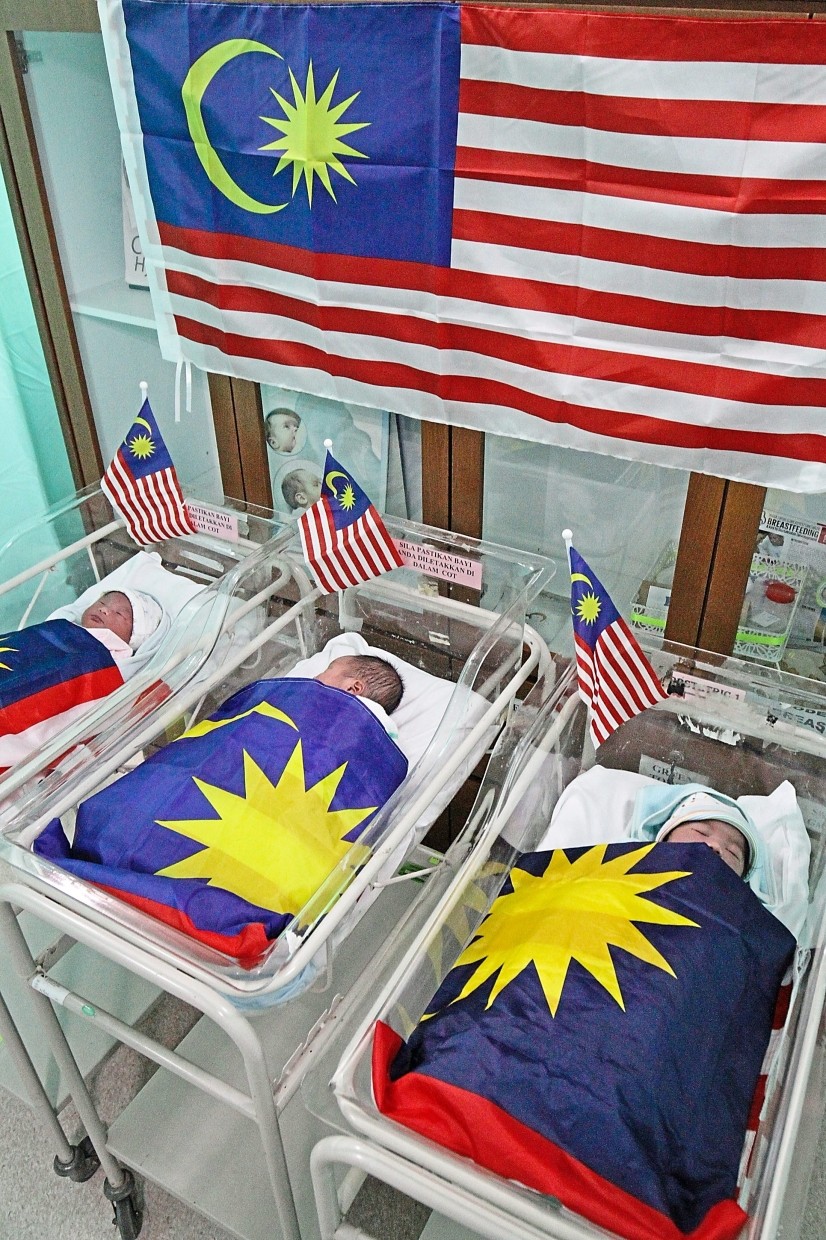 Noridah, who delivered her baby boy at 5.44am, said she felt very happy to have given birth to a Merdeka baby.

“It was truly an early but pleasant surprise, as I was only expecting to deliver around Sept 9.

“I hope my boy will follow in the footsteps of his father, who is a soldier, and grow up to become a brave and patriotic man.

“My family and I have already thought of a name for him. We will call him Muhammad Adib Arif Hairul Ridhuan, ” she said, adding that Muhammad Adib is her fourth son.

“This is my fifth child and I feel very happy that she was born on this remarkable day, as I was supposed to be due on Sept 12, ” she said.