‘Solution must go beyond recycling’

A circular economy means to have a continuous process of recycling and reusing, and consumers must do their part.

POST-CONSUMER plastics have value and can be put to good use. This is provided that the plastic material used for manufacturing products is recyclable.

Once plastic manufacturers make their products with recyclable material, these can no longer be called waste products as they can be reused.

This is the direction that big Malaysian corporations want to take.

They want all companies and brand owners of plastic products and packaging to ensure that their design is 100% recyclable to better manage plastic wastes.

There is also a call for an industrial land collection system of the plastic products for recycling as well as to create a circular economy.

A circular economy is an economic system aimed at eliminating waste with the continual use of resources.

Coco-cola Far East Limited head of public affairs, communications and sustainability Malaysia Khairul Ab Gahani said manufacturers should ensure that packagings have a second life and value in them. 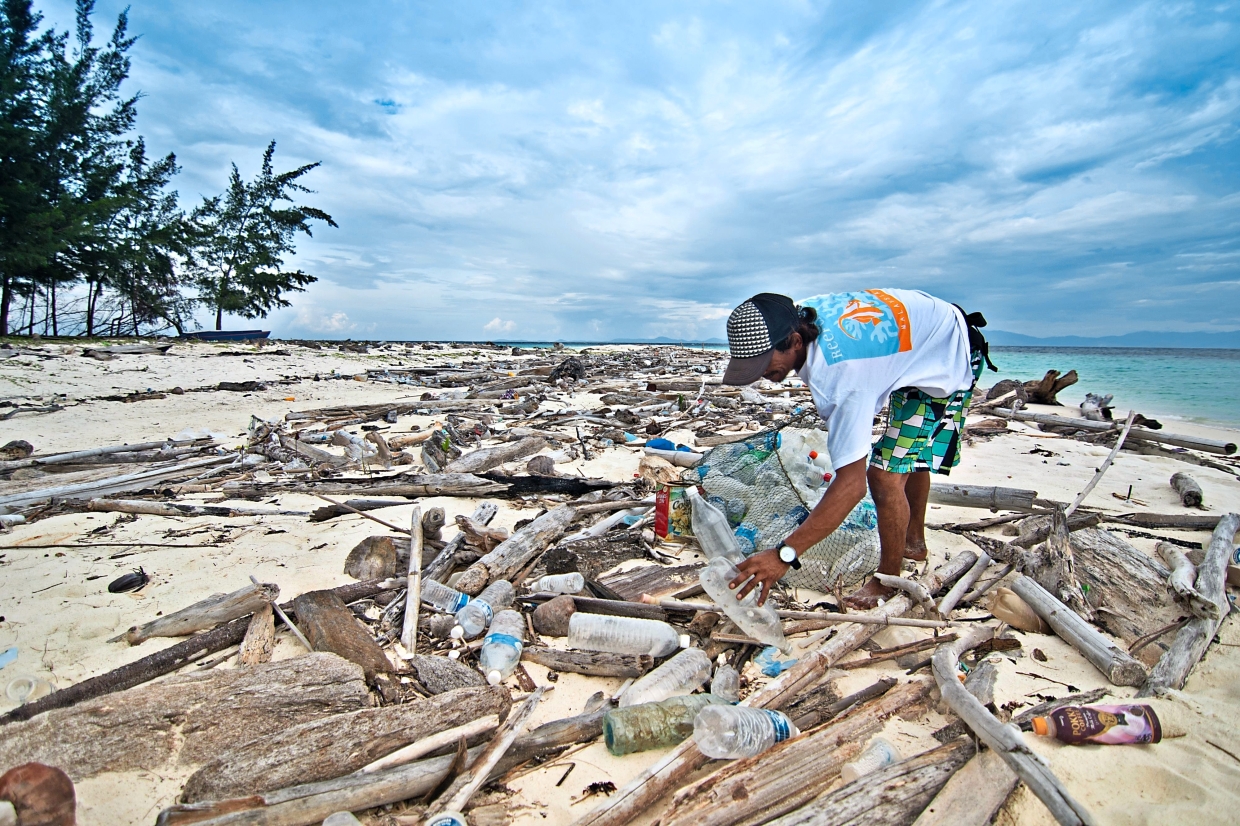 “We should change the word ‘waste’, as it is such a negative word, because there is still value in post-consumer plastic.

“The aim here is to collect every single bottle and put them back in the market.

“Big corporations like Coca-cola, PepsiCo, F&N, Unilever and Tetra Pak, among others are looking into solutions that can be taken by the industry.

“We hope we can announce the plan by year end, so that we can have an industrial land collection system that will be driven by the industries.

“As we already have a good commitment, we hope to see results and programmes coming to life soon,” he said at the 5th Waste Management Association of Malaysia’s (WMAM) annual conference. “If regulatory and voluntary measures prioritising recycling and recovery is aligned with sustainable innovation, the global need for virgin plastic could be reduced.

“Global standardisation of plastic packaging types may be one solution to this issue,” he said, adding that this could be realised through public sector collaboration to create effective policies, coupled with self-regulated industry standards.

Ho said a global commitment for a new plastics economy was announced in October last year by the United Nations with 290 signatories.

The commitment, he added, showed that many major public and private sectors were advocating for a circular economy model that closes the loop on plastics production and encouraged innovative reuse.

“By closing the loop, plastics would no longer be classified as waste. They would instead act as a key source of value, entering and re-entering the value chain,” he said, adding that the technology to enable the use of plastic as a raw material in future plastic production existed.

Housing and Local Government Ministry secretary-general Datuk Seri Mohammad Mentek said over 800,000 tonnes of rubbish from predominantly developed countries such as the US, UK, New Zealand and Australia were shipped into Malaysia to be recycled in illegal plants.

“The problem started when China closed its door on the importation of HS Code 3915 plastic waste, which saw developed countries sending rubbish to countries in South-East Asia, including Malaysia.

“A study published in the Science Advance journal in June last year estimated that 111 million metric tonnes (122 million tonnes) of plastic waste – or about half of what China absorbed in the past 30 years – will be displaced by 2030 because of China’s National Sword policy. Recyclable plastics can be recycled many times for use.

“Recognising that money can be made from the world’s plastic waste, the number of illegal recycling factories are on the rise in Malaysia.

“Instead of recycling, these illegal factories dump or burn the scraps to cut cost, releasing toxic chemicals into the atmosphere,” he said.

Mohammad said burning plastic waste could increase the risk of heart disease, damage the nervous system, and link to severe illnesses such as cancer.

“Experts say the city desperately needs to recover, recycle and reduce the use of plastic, but others believe the solution must go beyond recycling.

“Recycling is good, but it is not the final step. Others believe new solutions to promote a circular economy will be the only way forward.

“We need a more robust and efficient waste management industry,” said Mohammad, adding that without continuous improvement and creative thinking the country would not be able to reach the target of diverting 40% of waste by 2020. 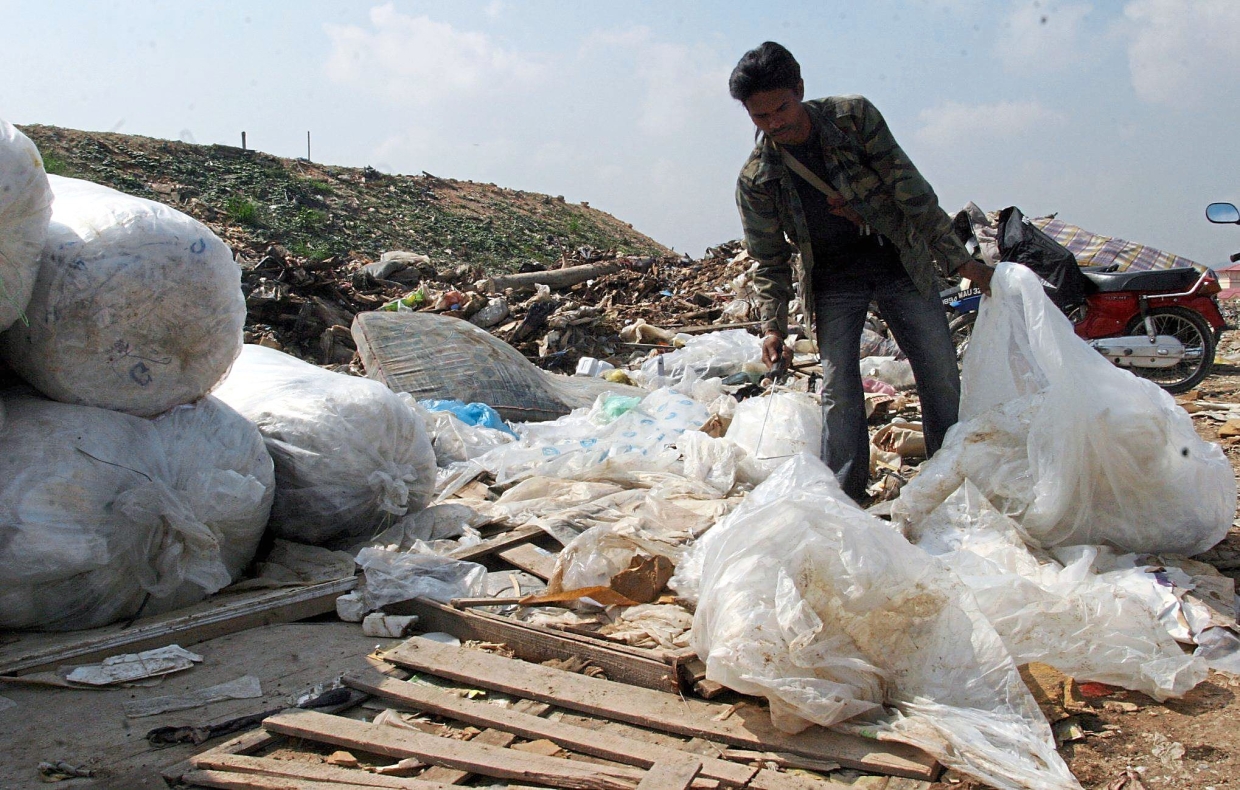 Landfills are filled with plastic materials that cannot be recycled.

Julian Hyde, the general manager of Reefcheck, a coral reef conservation non-governmental organisation, worries most about plastic wastes on beaches that threatened the marine ecosystem.

“Coral reefs are ecologically important because they are a breeding ground for fish. Malaysia is a big consumer of fish, so without coral reefs there would not be any fish to eat.

“We are doing beach clean-ups but this effort is not going anywhere.

“We are trying to find ways to stop plastic from getting to the beaches. There are about 40 river booms in Klang Valley.

“We went to see one of them being pulled out and many people from the Drainage and Irrigation Department (DID) were involved in the cleaning process, which took about two hours. About 50kg of plastic was recovered.

“But how does it get in the river in the first place? We are trying to find the solution here and not trying only to clean river booms all over,” he said, adding that DID spends RM5,000 a month on this.

Hyde said transporting plastic waste out was not economical especially in places like Mantanani Island in Sabah.

“Currently we are transporting plastic waste out of the island to be recycled as there is no waste management system, and the cost of renting a boat and lorry to do the job is expensive,” he added.

He said the island folks’ waste disposal mechanism was to throw plastic bottles into the sea.

“They do not know how to recycle. But we can make them change their habits, get a collection system, while the industry players work a way to recycle it,” he said.